Foreign-born residents in France had double the excess mortality of native French during the first waves of the Wuhan coronavirus pandemic last year, according to the National Statistic Institute (INSEE).

The government statistics revealed that foreigners had an excess mortality rate 2.1 times higher than native French in 2020, with numbers particularly high for migrants from certain areas during the first wave of the Wuhan coronavirus pandemic in the Spring of that year. 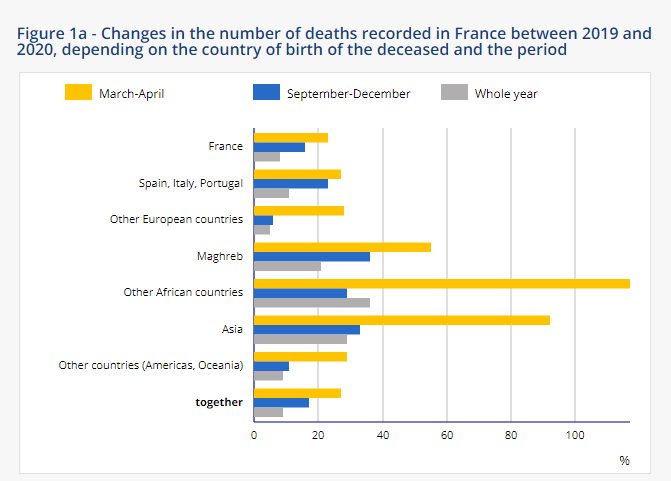 “During the first wave of the pandemic, the increase in deaths of foreign-born people was 2.1 times greater on average than that of the French-born,” the INSEE stated on its website.

According to the figures, in March and April of 2020, the number of excess deaths of migrants increased by 49 per cent compared to the same period in 2019, with the greatest increases among migrants from Africa and Asia. 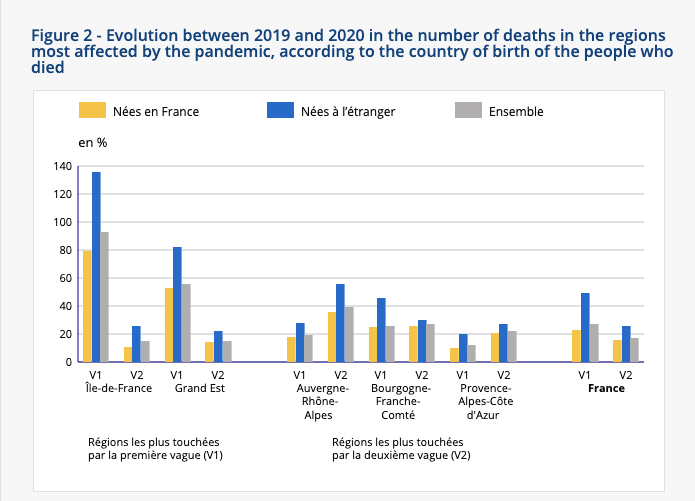 While the second wave of the pandemic, September through December, saw fewer deaths overall, migrants from the Maghreb, other parts of Africa, and Asia still saw higher excess mortality than native-born French.

Many migrants reside in the Île-de-France region, which includes Paris and the various suburbs around the French capital. The region was also the most affected by the Wuhan coronavirus during the first wave. 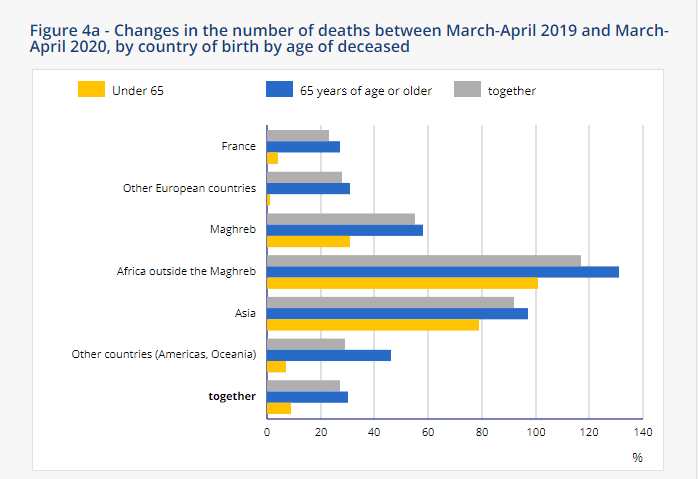 Among age groups, those 65 or older among all backgrounds saw higher levels of mortality in France last year, but among those under 65, migrants from Africa and Asia saw excess mortality far higher in the first wave of the pandemic than their native French counterparts.

The statistics align with data from other European countries that have reported that migrants have been far more affected by the pandemic than native-born residents.

A report in December from Sweden revealed that nearly half of the people in intensive care units due to the coronavirus were from migrant backgrounds. An earlier report had noted the Somali community in Stockholm had been particularly affected by the pandemic in its early months.

In Finland, the National Institute of Health and Welfare (THL) reported in December that a quarter of the total coronavirus cases detected in the country until that point had been people who did not speak Finnish as their native language.