MADRID (AP) – A plane carrying the bodies of three Europeans killed by jihadists in Burkina Faso this week while they were filming a documentary on wildlife poaching has landed in an airport near the Spanish capital.

The bodies were flown overnight from the capital of the African nation, Ouagadougou, on an Airbus provided by the Spanish military.

Two Spanish journalists, David Beriáin, 44, and Roberto Fraile, 47, and an Irish conservationist, Rory Young, were killed Monday when the anti-poaching patrol they were on with a special military wildlife force was ambushed by jihadists in eastern Burkina Faso.

One Burkinabe soldier is still missing and six others are wounded.

The journalists were making a documentary on how Burkina Faso´s authorities are tackling poaching, also focusing on the communities of people living in the park. Young, the director of the Chengeta Wildlife Foundation, was leading the patrol in the country´s Arly National Park, said a statement by the group on Facebook. 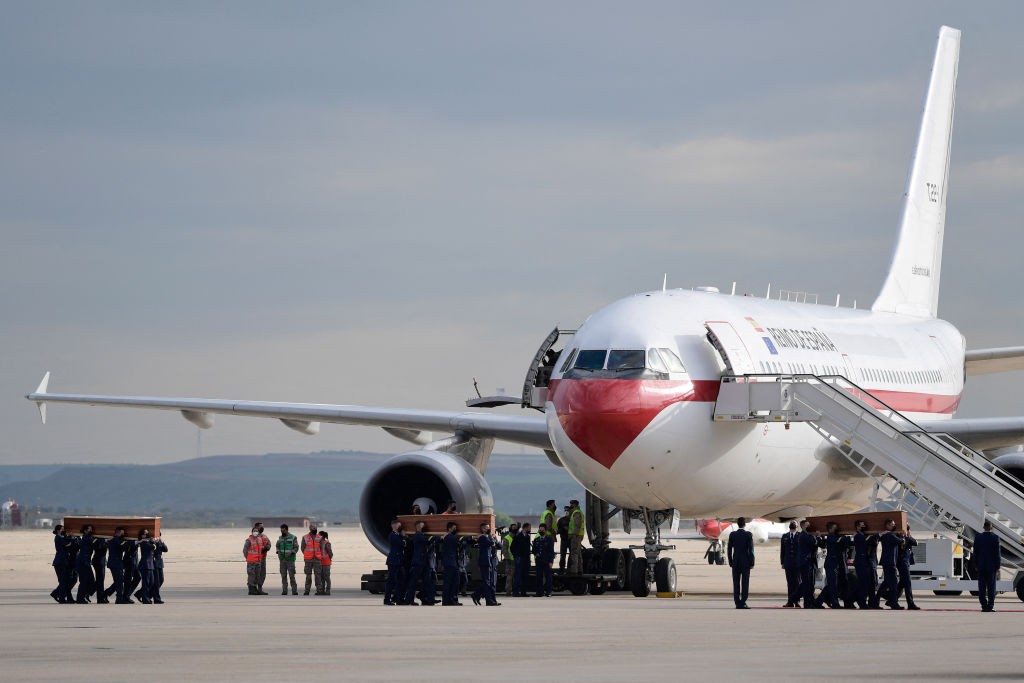 Spanish airforce personnel carry the coffins with bodies of Spanish journalists David Beriain and Roberto Fraile and an Irish ONG chief Rory Young killed in eastern Burkina Faso, after arriving in the Torrejon de Ardoz air base on April 30, 2021. – David Beriain and Roberto Fraile, two reporters with experience of working in conflict zones, were accompanying Irish wildlife campaigner Rory Young in the Arly National Park in southeastern Burkina Faso when they were killed in an attack on an anti-poaching patrol. (Photo by JAVIER SORIANO / AFP) (Photo by JAVIER SORIANO/AFP via Getty Images)

Two soldiers wounded in the attack said they tried to protect the foreigners during fighting that lasted three hours, but were outnumbered by the jihadists. The soldiers insisted on anonymity because they were not authorized to speak to the media.

Burkina Faso has been overrun by attacks linked to Islamic extremists that have killed thousands and displaced more than 1 million people.

Spanish officials and relatives of the Spanish journalists were awaiting the coffins at a military airport on the outskirts of Madrid. An honor guard of two dozen soldiers was expected to carry the coffins.