LOS ANGELES, California — The iconic diner used in filming The Big Lebowski and Reservoir Dogs has been converted from Johnie’s Coffee shop into “Bernie’s” in support of the presidential campaign of Vermont Senator Bernie Sanders. 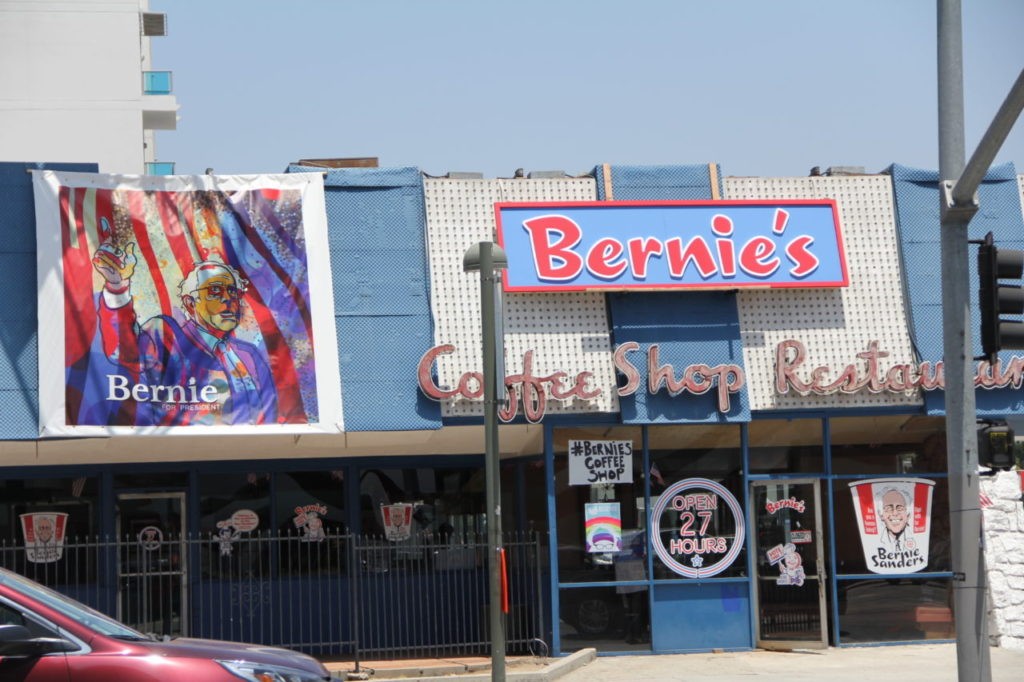 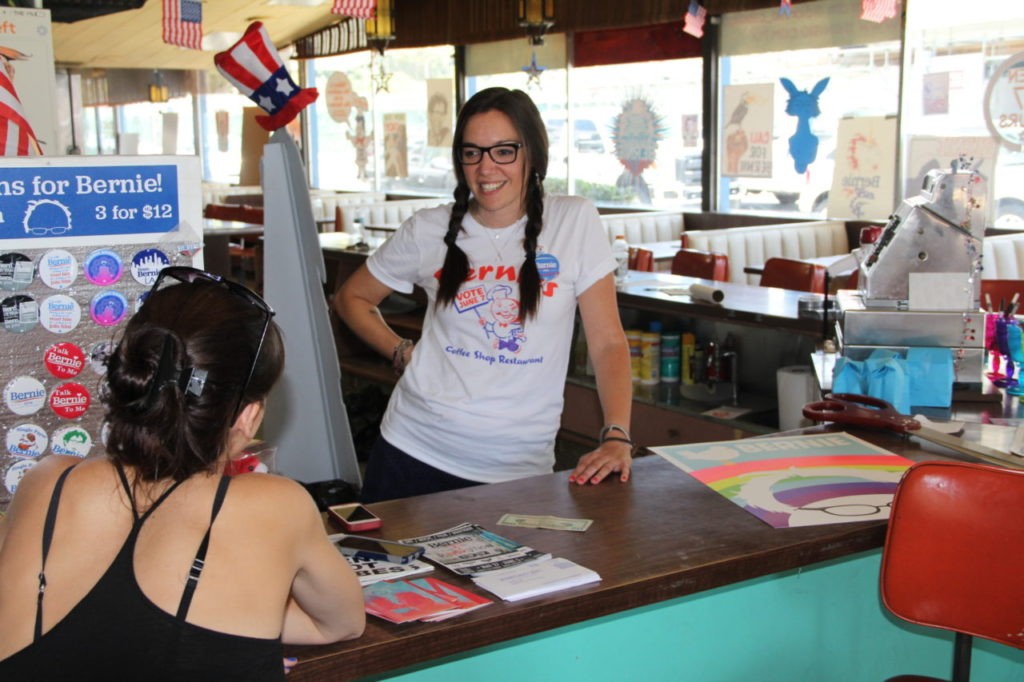 The diner, on the corner of Wilshire and Fairfax, no longer operates as a regular restaurant, but is usually available to rent for filming. The outside of the diner has been plastered this week with a variety of creative posters, murals, and stickers promoting Senator Sanders — and attacking former Secretary of State Hillary Clinton. 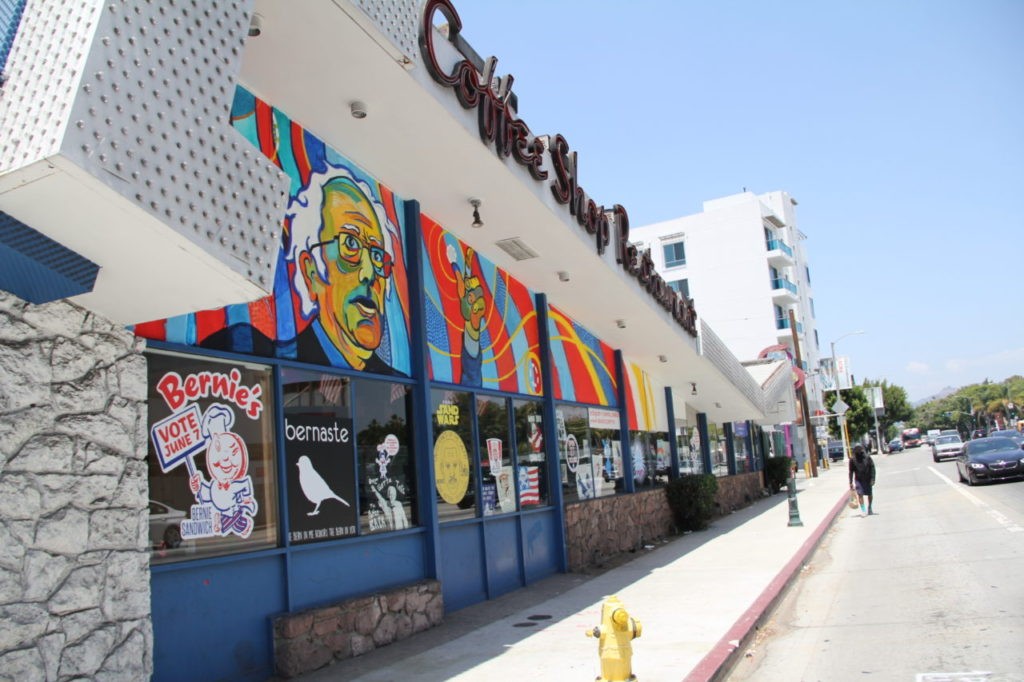 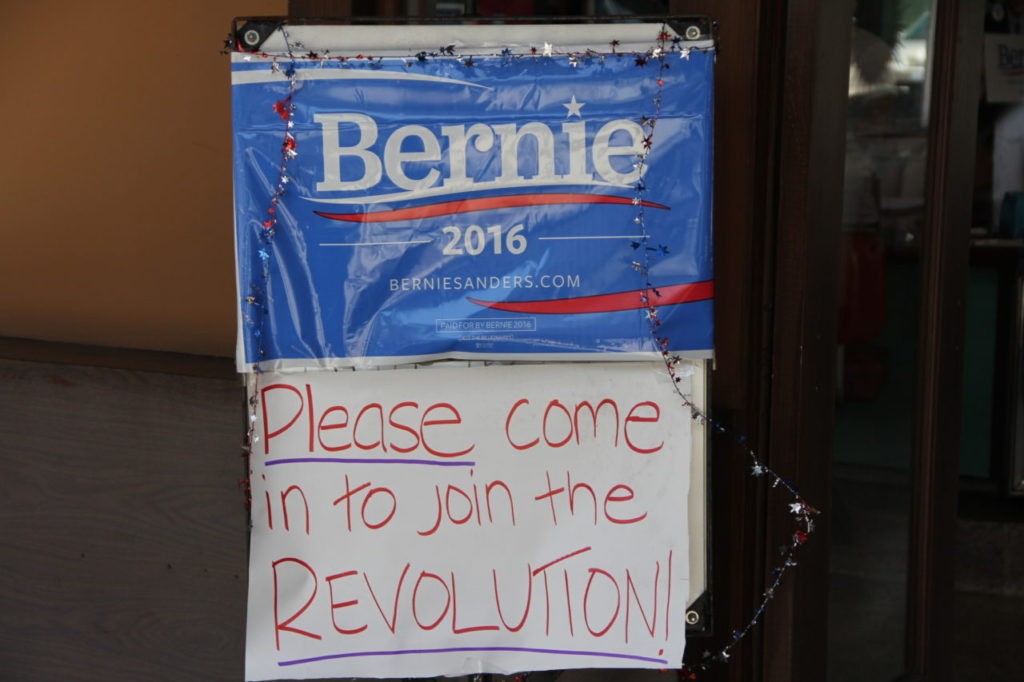 The entrance to Bernie’s diner welcomes guests with a sign that says: “Please come in to join the revolution.” Inside, volunteers dispense campaign information, remind people to vote, and sell campaign stickers, buttons, posters, and t-shirts.
On Friday afternoon, Angie Morelli — a Sanders delegate to the Democrat National Convention — greeted a steady trickle of curious Bernie supporters. Morelli made the trip from her home in Las Vegas, Nevada, specifically to help staff the Bernie diner.
“I came down here just to help out and this group that’s here … they put together this whole thing,” Morelli told Breitbart News at the diner Friday. “I guess the owner of this property is a Bernie Sanders fan, and so he wants to, I guess, just help out in whatever way he can. I just jumped in my car and came out here to help out because everything is done in Nevada right now. “ 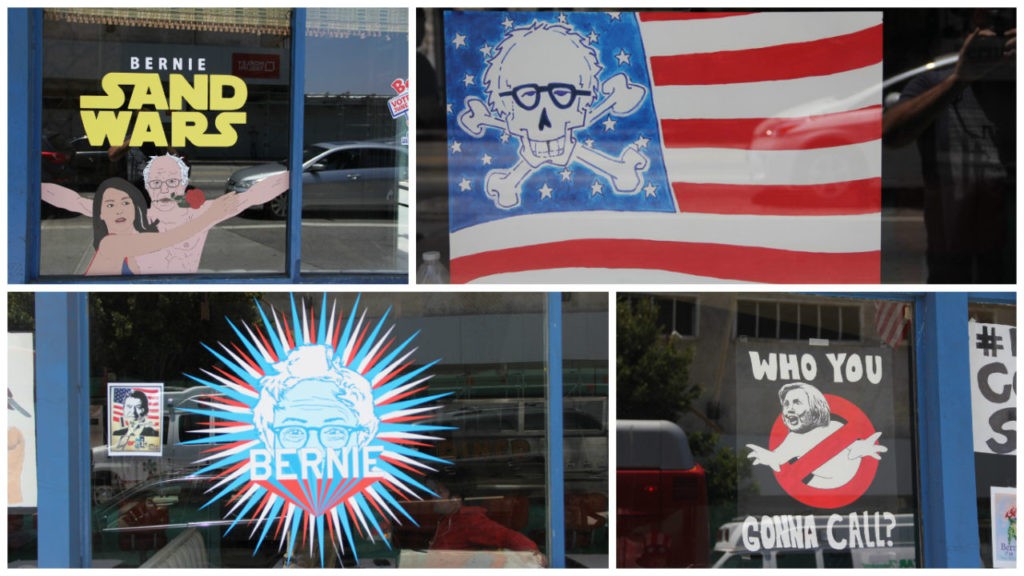 “Last night was crazy, there were three or four hundred people out here,” Morelli said about the response the diner has been receiving. “People are honking when they’re driving by, and like putting out their signs, and saying, ‘Look at my bumper sticker,’ and all that. So I think the neighborhood has been pretty excited by it.”
Polls have shown the Sanders campaign picking up momentum in California ahead of the June 7 primary, despite many in the media declaring Hillary the obvious winner of the Democratic Party nomination.
It’s a narrative that dedicated volunteers like Morelli and other Bernie supporters at the diner reject.