SAN DIEGO, California — Border Patrol agents in North San Diego County tracked down two men in two separate vehicles who were apparently working in tandem to smuggle more than $3 million in illicit cash in the United States on Tuesday.

An agent followed and stopped a Kia Forte that he had been following on Interstate 15 and took note of a second vehicle, a Volkswagen Passat, that appeared to be working with the Kia. The Volkswagen sped away as the agent stopped the Kia.

During the stop of the Kia, a Border Patrol K-9 was called to inspect the vehicle.  A search of the car found $33,880 stuffed inside the center console in eight vacuum-sealed bundles. The find led to the arrest of a 53-year-old male U.S. citizen.

Agents were also able to track down the Volkswagen in a cul-de-sac. Hiding in some brush nearby was the Mexican national driver whom the agents found and arrested. A search of this vehicle produced a whopping $3,018,000 that in a photo provided by U.S. Customs and Border Protection (CBP), could be seen disguised in a variety of repurposed boxes. 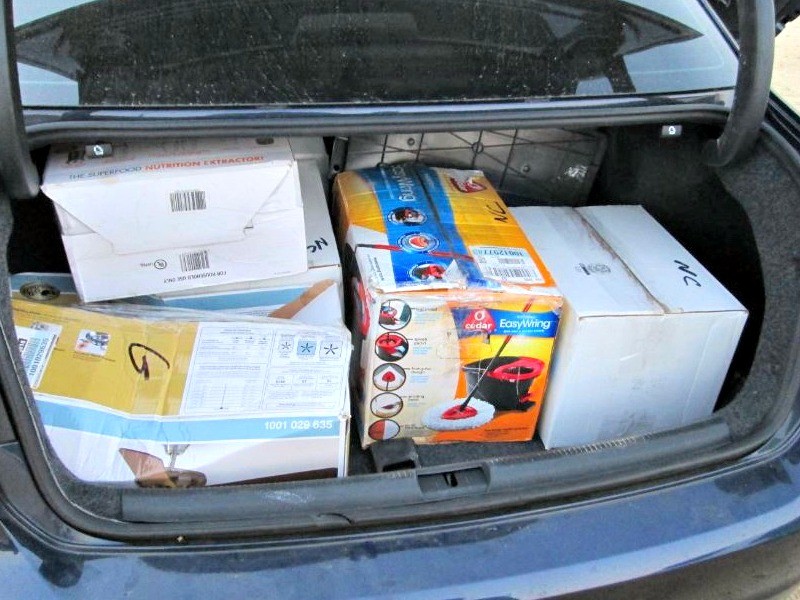 “This amount of money represents the largest currency seizure ever in San Diego Sector,” said Chief Patrol Agent Richard A. Barlow.  “The hard work and perseverance demonstrated by the involved agents was essential for this outcome.”

Both suspects were turned over to Homeland Security Investigations. According to a CBP statement the two are looking at potential federal charges for currency smuggling.

In late July a human smuggler was caught trying to sneak a Chinese national hidden in a truck fuel tank into the U.S. through southern California’s Calexico East port of entry. Breitbart Texas reported that agents arrested the 31-year-old Chinese national and the Mexican national driving the truck.