Thousands of Shiite Muslims took to the streets in the capitals of Iran and Iraq on Friday to mark Al-Quds Day, in an annual protest against the existence of the state of Israel.

Israeli flags and effigies of President Donald Trump were both set on fire as part of the day.

In Iran’s capital of Tehran, thousands joined the march amid chants of  “Death to Israel” and a burning Trump effigy amid calls for the total destruction of the Jewish state.

On Thursday night, Iran’s President Hassan Rouhani issued a statement on his website calling on Iranians to attend the rallies in large numbers.

“Quds day is a historic day when everybody protests against tyrants and voices support of an oppressed people who have been displaced from their homes during the past 70 years,” he is quoted as saying by the official Mehr News site.

He added: “This year’s Quds Day is special; this year, in addition to being the 70th anniversary of the occupation of Palestinian land, we are witnessing that Bayt al-Maqdis, which is respected by all Muslims, has been announced as the capital of the occupying Zionist Regime by the United States against all international rules and regulations. This year, we are also witnessing more tyranny and crimes against the oppressed people of Palestine, especially the residents of Gaza.

“On the other hand, we have witnessed more tours by the leaders of the Zionist Regime with the aim of promoting Iranophobia and attempts against the interests of the great Iranian nation in recent months.” 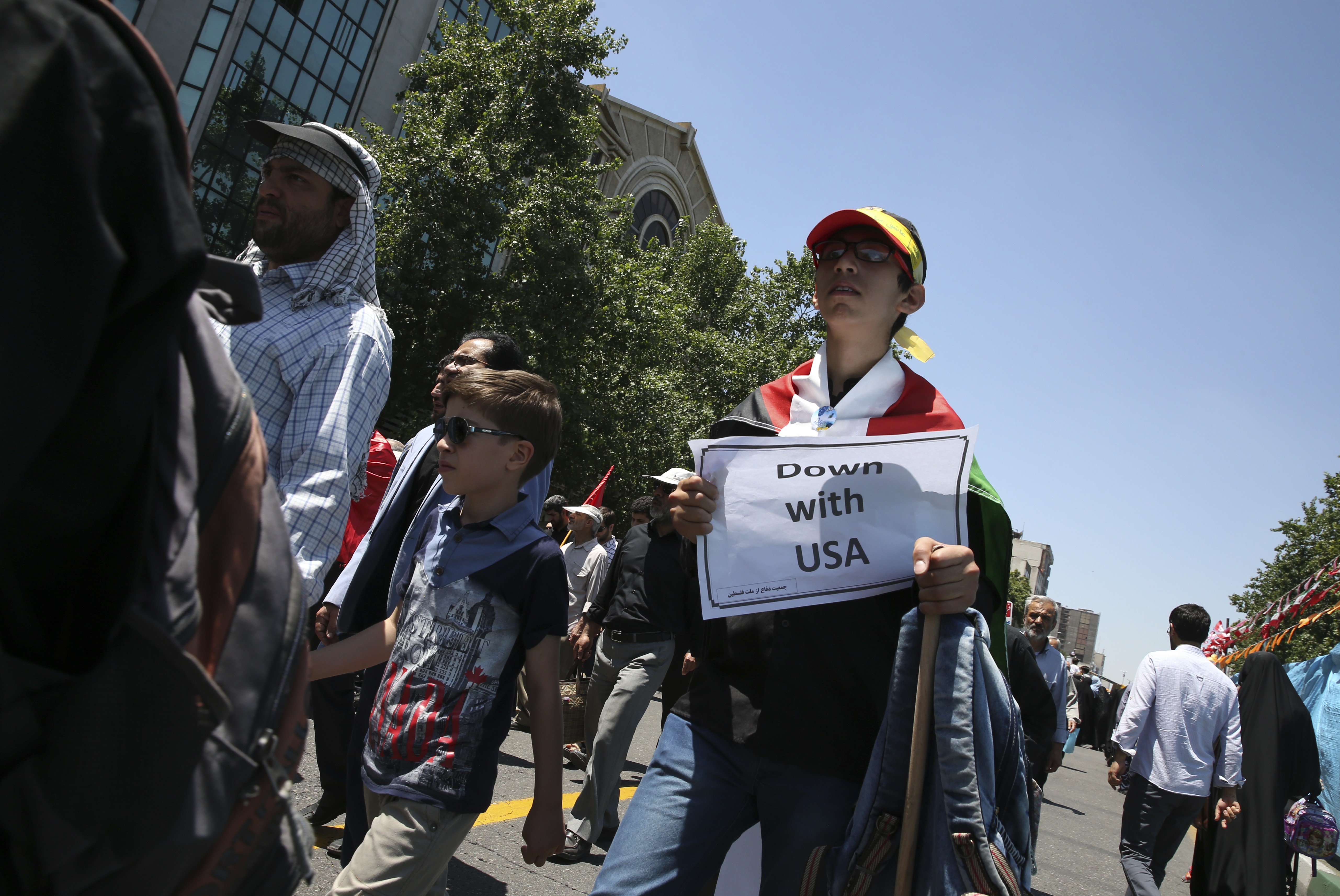 A protester holds an anti-U.S. placard while attending the annual anti-Israeli Al-Quds, Jerusalem, Day rally in Tehran. Iranians attended the rallies across the country to condemn Israel. (AP Photo/Vahid Salemi) 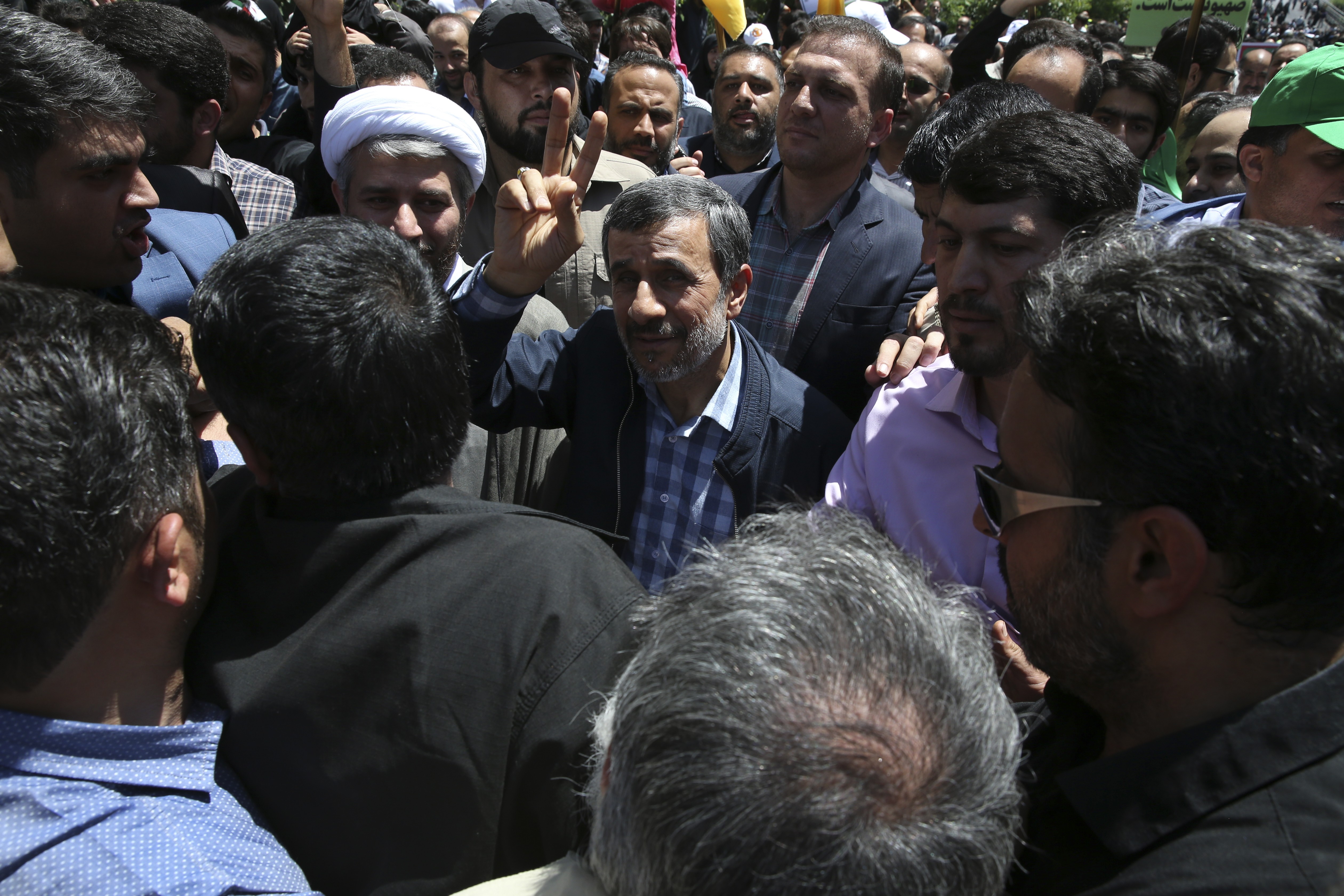 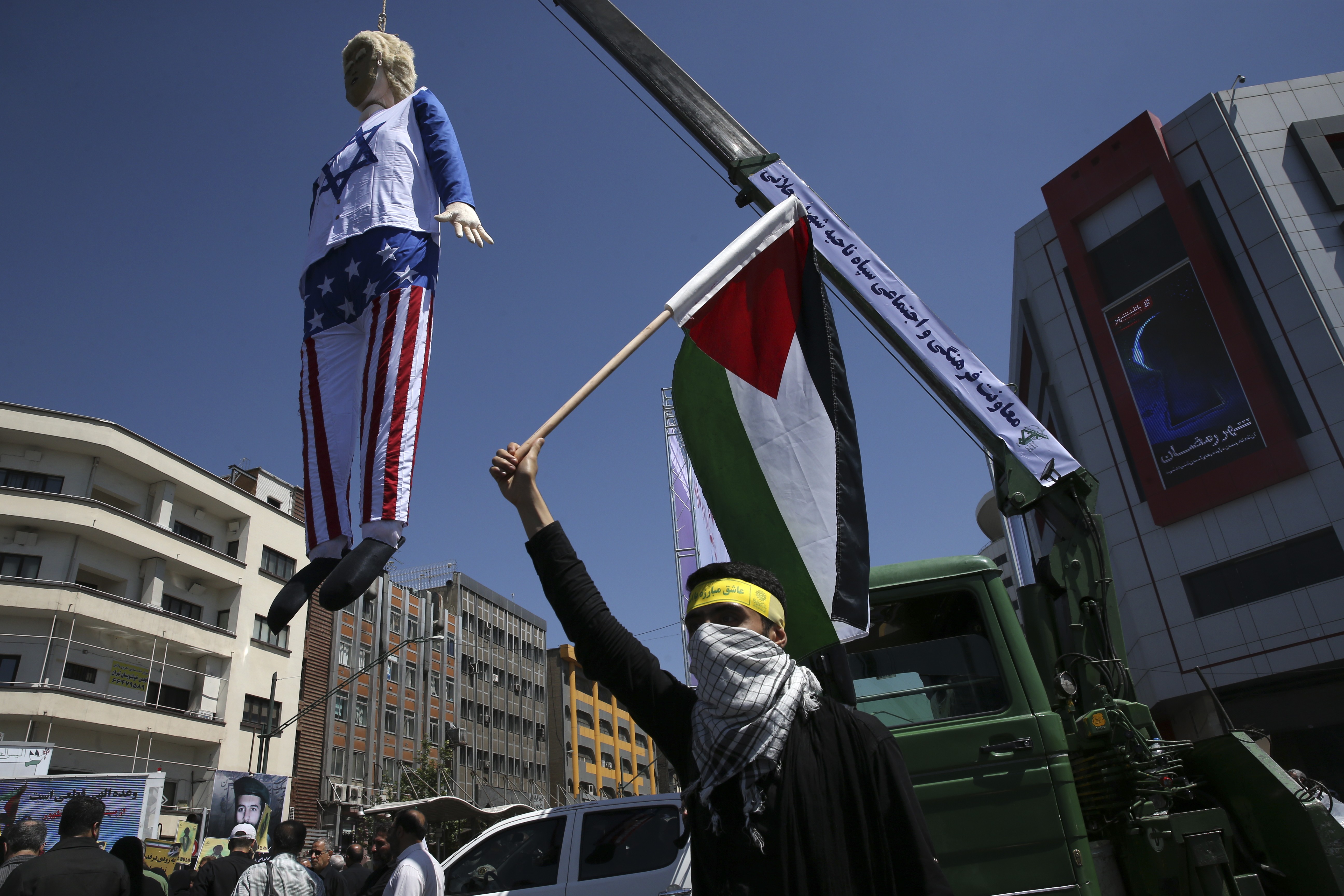 An Iranian protester holds up a Palestinian flag in front of an effigy of the U.S. President Donald Trump hanged from a crane in the annual anti-Israeli Al-Quds, Jerusalem, Day rally in Tehran.  (AP Photo/Vahid Salemi) 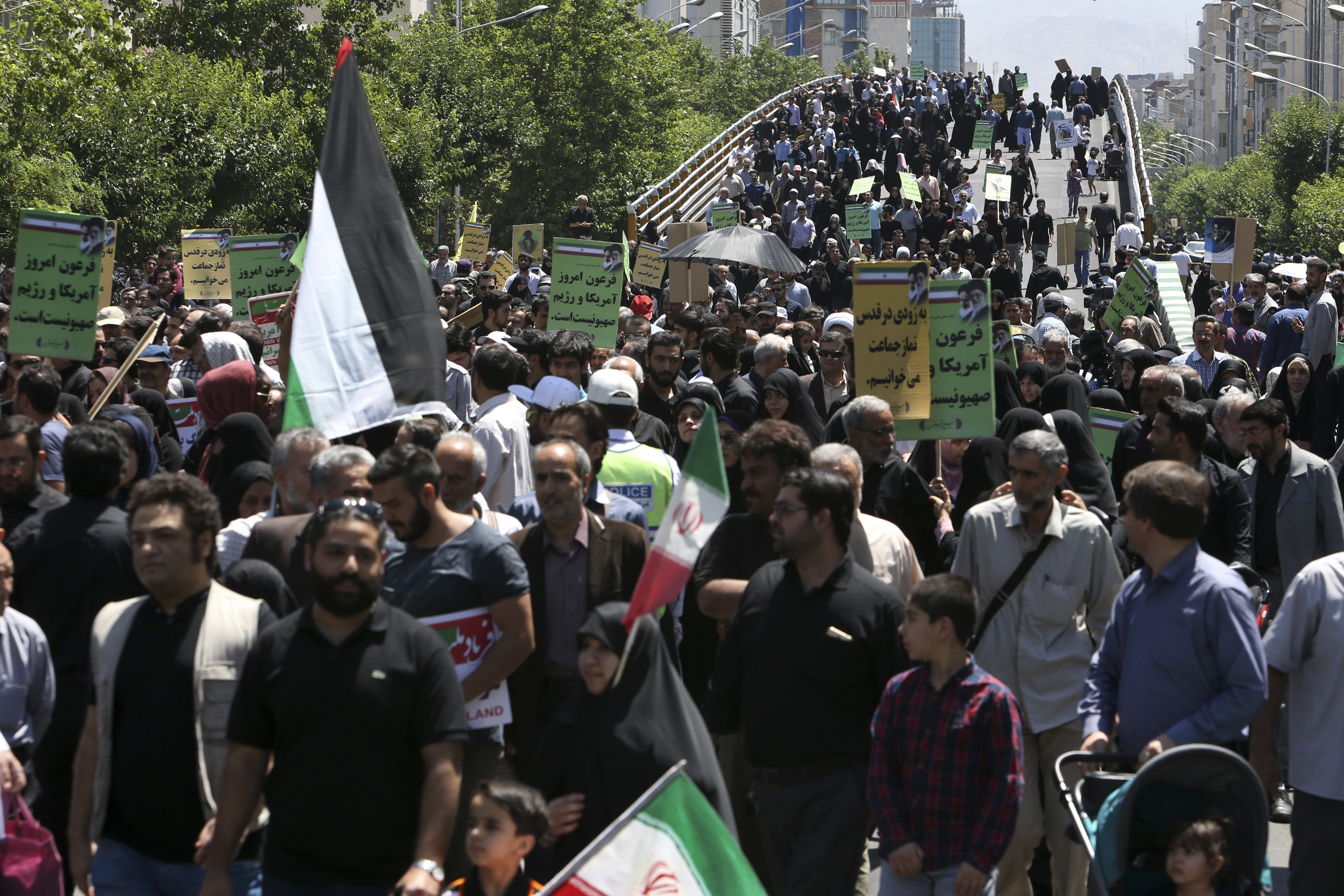 In Iraq, thousands of Iran-backed Shiite militiamen in uniform marched through the streets of the capital of Baghdad, setting an Israeli flag on fire and carrying posters of the late Iranian leader Ayatollah Ruhollah Khomeini and Supreme Ayatollah Ali Khamenei. 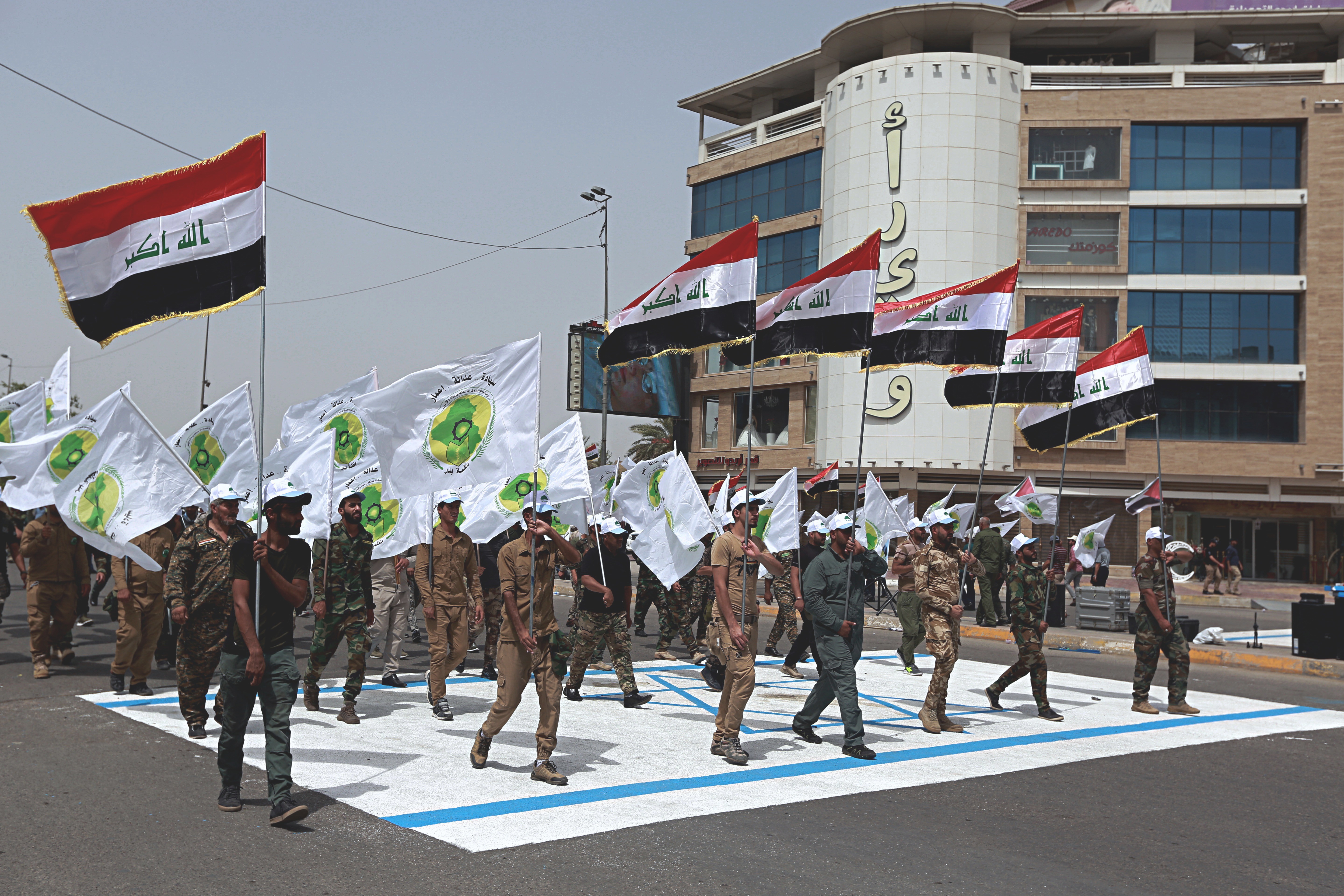 Al-Quds Day began in 1979, driven by the late Iranian leader Ayatollah Khomeini who called for the State of Israel to be destroyed.

Al-Quds is the most popular Arabic term for Jerusalem, the downfall of which symbolizes the toppling of Israel in the popular Iranian imagination.

This year, alongside the main protest in Tehran, rallies are expected in cities around the world including New York, London, Copenhagen and Toronto, although they will not all be held on the same day