LILLE (FRANCE) (AFP) – About 200 police raided the headquarters in northern France of a Shiite Islamic association and the homes of its leaders who are suspected of supporting “terrorist organisations”, security sources said.

The operation against the Zahra Centre France in Grande Synthe, a suburb of the port city of Dunkirk, was staged as part of the “prevention of terrorism” procedures, regional authorities said in a statement.

A security source told AFP that 11 people had been arrested, while French authorities also froze the financial assets of the centre which is headed by Yahia Gouasmi, who is known for his anti-Zionist views and links to Iran.

Police have been closely following the activities of the Zahra Centre “because of the strong support by its leaders for several terrorist organisations and in favour of movements backing ideas that are contrary to the values” of France. 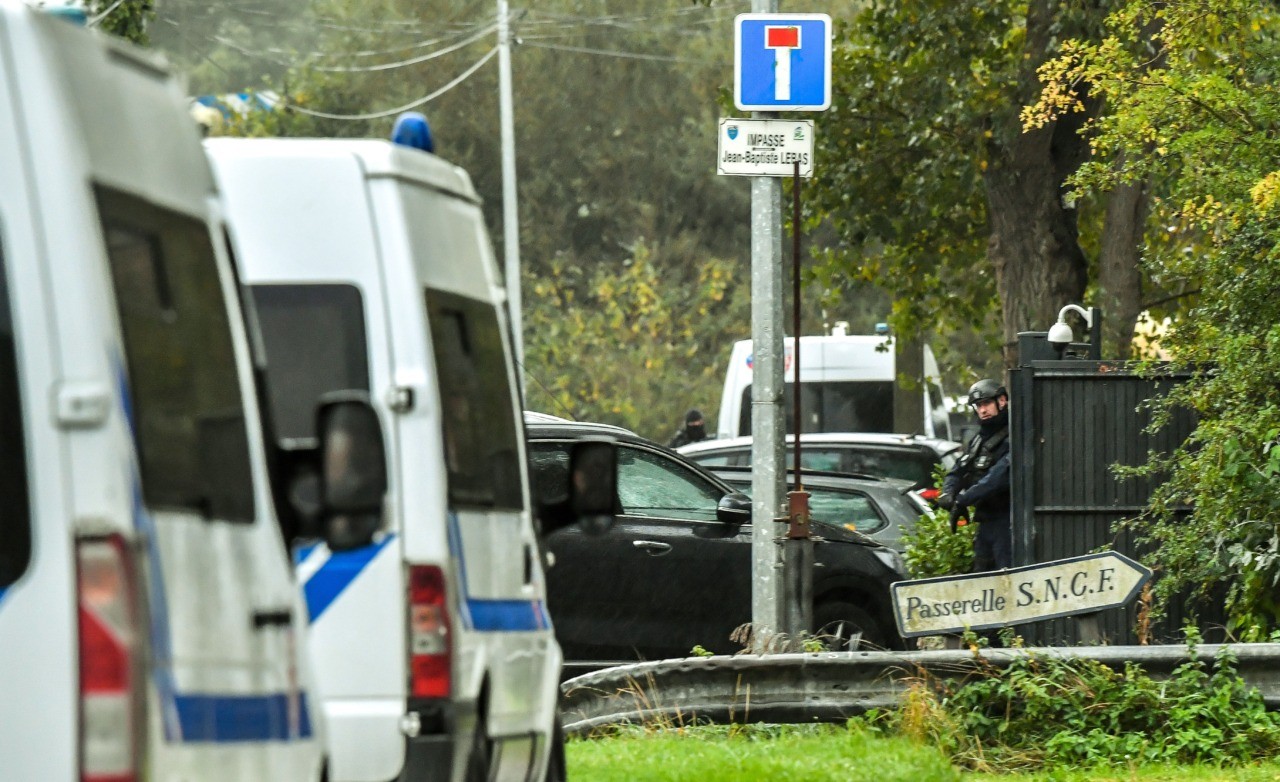 A policeman stands near vehicles parked around the “Centre Zahra France” religious association in Grande Synthe near Dunkirk early on October 2, 2018 during an operation of “terrorism prevention”. – 3 people have been detained in police custody during the operation involving 200 policemen. (PHILIPPE HUGUEN/AFP/Getty Images)

On its website, the association says its purpose since its foundation in 2009 has been “to make known the message of Islam through the eyes of the Prophet and his family.”

It was unclear whether the arrests were linked to a suspected plot in France to bomb a gathering of Iranian opposition group the National Council of Resistance of Iran (NCRI) in June.

Police swooped on six people in Belgium, France and Germany after authorities revealed the alleged plot, including an Iranian diplomat.

France is still on high alert after a wave of Islamist attacks since 2015 in which 246 people have lost their lives.