On September 6, 1492, when Christopher Columbus’ flagship, the Santa Maria, with the smaller vessels Niña and Pinta in its wake, set sail from the Canary Islands in search of new lands, he embarked on a mission of discovery that the historian George Bancroft declared “the most memorable maritime enterprise in the history of the world.” Scholars agree that Columbus was not the first European to set foot in North America (and technically he never did). That title can be claimed by Leif Ericsson who, while en route to Greenland sometime around 1001-1002, strayed off-course and landed instead on modern day Newfoundland and Nova Scotia, where evidence of Viking settlements have been found. But the Norse, whatever their prowess as sailors, did not last as colonists and thus North America remained unknown to Europeans for the next five hundred years. It would take the five-week voyage of the Italian seaman Columbus and his crew, backed by the treasure of the Spanish court, to open up the New World and launch a decisive age, the effects of which are still shaping the modern world. 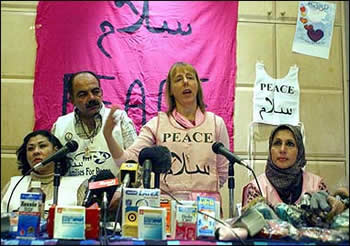 This image of the intrepid captain courageously braving the great unknown is, of course, not the way Columbus is often portrayed today. Clearly, the man was no saint and it does a service to history to humanize him…but he was no demon either. Unfortunately it is the wholly negative view that I hear more now in the educational system. I could rattle off anecdotes to back up this assertion, but it is fair to say that he has gone from being viewed as a noble explorer to a personification of the destruction of the indigenous Americans by Europeans bent on conquest, plunder, ecocide and genocide. Columbus may not have been the most talented administrator as his brief stint running Hispaniola shows. But the picture being redrawn of him as a lascivious plunderer and murderer is off-sides. Russell Means, one Native American activist, has gone so far as to attach the dreaded “H” word to him. “Columbus,” he seethes, “makes Hitler, look like a juvenile delinquent.” Ouch! But such histrionics bespeak more of apologist liberal revisionism than they do grounding in the historical record.

I often wonder what is at the heart of this assault on Christopher Columbus’ memory for this was truly a man whose impact makes him one of the most important figures in history. I have a hunch that the drive to reshape him in an ugly light has to do as much with the context of his voyage as with its aftermath. The oft-told story is that Columbus was seeking an all water trade route to Asia. And that is true. But this begs the question why was an all water route was so vitally important in the first place? What forces were at work in the world to prompt this man to risk his reputation and even his life to sail into uncharted seas in search of something that may or may not have existed? And this is where we see the past and the present intersect.

In 1453, when Columbus was still an infant, the Ottoman Turk armies under Mohammed II conquered the city-fortress of Constantinople, and extinguished the last vestiges of a Byzantine Empire that had lasted for a millennium. Despite – or perhaps because of – the courage of the last Emperor Constantine XI, who died in the breach of his city’s walls, the behavior of the Turks in the city was savage even by the standards of the time. But more than just the calamitous loss of a city as the last expression of the West in Asia Minor, the closing of this gateway effectively cut Europe off from any direct access to Asia. Muslims now controlled all overland trade routes to the East, threatening all Christendom. Thus a new direct route was needed by necessity in order for trade to Asia to be safe from the Mohammedans who were busy washing the blood of thousands of innocents from their swords with the water of the Marmara Sea. So the story of Columbus is in part a story of two competing forces: Christianity and Islam.

And it continues today. Now another wave of Muslim conquest is upon the West. This time it does not end at the gates of modern day Istanbul but stretches all the way to the streets of Paris, Amsterdam, Berlin, London, Oslo even Toronto and New York. It does not come in the form of scimitars and spears, but rather demographics. For every non-Muslim child born in Europe today, a Muslim immigrant will have three. The mathematics make Islamic domination of Europe just a matter of time now. This systematic colonization (this is not traditional “immigration” per se as the host countries are consistently asked to change to accommodate the new arrivals, not the other way around) has been well documented in recent years by such authors such as Mark Steyn and others. And they have been predictably branded by the left as hate-mongers and xenophobes. But even the UN Population Division in 2007 has dryly called this phenomenon “without parallel in human history.”

Yet, the so-called “progressives” still seem unwilling or even unable to grapple with the notion that modern day radical Islam is the greatest challenge to Western civilization and the liberties they claim to hold so dear since, well, the last wave of Moorish conquests that was violently halted in 732 by the Frankish under Charles “The Hammer” Martel at the Battle of Tours just 200 miles south of Paris. Today Europe has no “Hammer” to save them. Indeed, softened by welfare state largess and an American military umbrella protecting them, they have no stomach for any conflict at all which makes them ripe for the picking. Thus do they seem more than happy to hasten their own demise by attempting to placate the new colonists and accept many Muslim cultural impositions that are simply incompatible with a free and democratic society to maintain a sham peace. And I imagine that the left, with its unfriendly, often suicidally hostile, view of Western culture, values and traditions, would prefer we not be reminded by Columbus’ voyage that radical Islam stifles and subjugates, rather than enriches, the worlds it controls. Better to paint the unwashed Western bearded fiend in armor as the aggressor, the destroyer of the fantasy Eden that was pre-European America. This keeps the focus squarely where it belongs: on the sins of the West as represented in this preying man.

Actually, Columbus was not so much a preying man, as a praying man. And thus do we have another motivation for Columbus’ voyage that the education system has all but erased from the story. That is that Columbus was deeply religious, and he saw the New World as a place where more than just fortunes could be made. In describing his discovery to King Ferdinand of Spain, Columbus portrayed himself as a devout and sincere Christian who rejoiced in the souls that would be saved in this new land: “Let Christ rejoice on earth, as he rejoices in heaven, when he foresees coming to salvation so many souls of people hitherto lost.” Many of the islands Columbus discovered he named in homage to his Christian faith such as Trinidad (trinity), San Salvador (holy savior), Vera Cruz (true cross), La Navidad (nativity or Christmas), St. Croix (holy cross), San Pedro (for St. Peter) and a host of others.

His sense of religious duty was very much apparent and so from its absolute beginning our nation’s narrative is one of a religiously rooted foundation. Indeed, to discuss the story of America while ignoring the Founders’ religious convictions is to rewrite the past to conform to the present. (I know, Jefferson was possibly an agnostic or deist. But he also cited God four times in the Declaration of Independence–this is for another article). George Orwell said who controls the past controls the future, and who controls the present controls the past, and thus is it imperative for secular progressives to try and play down or even eliminate any reference to the role of religion in the genesis of this American “city upon a hill.”

It is a statistical fact that the left permeates academia and the so-called mainstream media. In short, they control the flow of information–the former to our children and the latter to the public at large. And so the gates of knowledge are often manned by those who view our civilization in an unfavorable light and seem blatantly contentious towards many expressions of our Judeo-Christian heritage. I do not deny their sincere empathy towards the indigenous people, many of whom suffered terribly at the hands of the conquistadors and colonists who followed in Columbus’ wake. But this tells only half the tale. As renowned author and law professor Dr. John Edsmoe points out, I do not lament the spread of Western civilization as reflected in “contributions to art, music, architecture, ethics, liberty, law, government, a Constitution that has served as a model across the world, an economic system that has produced the greatest good for the greatest number and the highest level of prosperity the world has ever known, and a spirit of ingenuity and achievement that led to unparalleled medical and technological advances.”

Still, if one wishes to take this holiday honoring an incredibly brave and dedicated explorer and his world-changing voyage and demean his memory in such a way as to unfairly paint him with the crimes of the conquistadors who followed and as a profiteer and racist, well, it’s a free country…still. As for me, I will continue to honor this man, warts and all, who bravely sailed west into the uncharted realm not just for profit alone, but to find a way around Islamic walls and to spread the Gospel he fervently believed in as Truth. To me, he represents capitalism, Western exceptionalism, and faith in a higher power than ourselves. Indeed he represents the best of us in some ways. Conversely, this man represents the worst of several worlds to certain segments of the multi-culturalist and atheist mindset so imbedded in the ranks of those who tell the story of who we were and who we are in the hopes of changing us into the secular society that they believe we ought to be. They say to judge a man by his enemies as well as his friends. Given what I know about those who take Columbus to task without any sense of historical context or impact, as well as their disdainful view of the values and traditions I hold dear, I will side with the man from Genoa and take on all comers. Happy Columbus Day!