Jews are flummoxed by rhetorical attacks. Are they paralyzed by a “virus?” 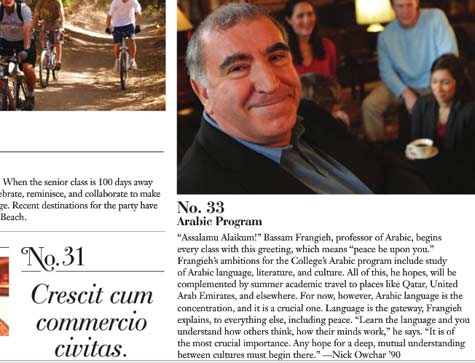 Reports surfaced a few weeks back that Stuxnet, the virus mysteriously implanted in the computers running Iran’s nuclear sites, is still wreaking havoc, despite claims by Teheran that it has been contained. No one knows for sure how much damage is being done, or if it can be stopped, or who is the culprit – but Israel has been mentioned as a prime suspect. When it was found that the name of a key file in the computer worm’s code is easily a cognate for Queen Esther, many imagined that the Jewish genius who delivered the poison pill to the Persian plotters did it while poetically recapitulating the Purim story – in malware. Compared to that feat, the WikiLeaks gambit is child’s play, simple pilferage.

But even if this is true, and Israeli technological genius can thwart or mitigate a looming disaster – just as its military genius has done in the past – Jews cannot afford a truly needed rest, because the sobering reality is that Jewish technological and military prowess has proved inadequate – necessary but not sufficient – to safeguarding Israel. For its long-term security, what matters is how the Jewish state is viewed and valued in the world, especially in the Jewish community, and the skill set required for this fight – what we now call “the information war” – seems congenitally absent from the Jewish collective.

Far from being geniuses, when it comes to rhetorical combat with defamers, or creating a culture of discourse that is honest and fair, world Jewry seems, tragically, imbecilic.

Compared to almost every nation, but particularly compared to its adversaries and accusers, Israel is a stellar state. Yet it is branded and portrayed in the media, on campuses and in increasing swaths of civil society in the West as among the cruelest of nations. How can this be?

THE DYNAMIC is something akin to the virus that flummoxes Iran’s computers. Jews may be susceptible to a particular type of rhetorical virus, so devastating that once implanted it prevents them from acting in their own self-defense and turns otherwise eloquent people into stuttering blockheads. The worm is simple, and ancient. It’s called “accusation.”

Accuse the Jews. Accuse them unfairly and with such disproportionate frequency that anyone who wishes to can see there’s an agenda at work that has little to do with the actual charges raised. Accuse the Jews and they instinctively, like moths fly to candles, start believing they can cleverly explain themselves, and convince their accusers of their innocence and their goodness.

I bring this up because the Jewish Week’s editor, Julie Wiener just reported that the major Israel advocacy organizations have done a major rethink and are now calling for a “more open, critical approach to teaching about Jewish state.” “Even centrist players,” Weiner wrote, “like Hillel: The Foundation for Jewish Campus Life, the Jewish Agency for Israel, the David Project and people in the Jewish federation system are calling for more open, critical discussions about Israel.”

Why? Because much of our youth feels that Israel advocacy as it is now taught, makes them “check their liberalism at Zionism’s door.”

And so, rather than lose the kids who have fantasy notions about international politics, Jewish educators now think (I’m hoping Weiner got it wrong) students shouldn’t be advocates for Israel, but referees or judges in the Middle East contest. Their lessons will no longer be: “Israel is imperfect but fundamentally right, and the obstacle to peace is nothing more and nothing less than the Arab/Islamic refusal to abide Jewish sovereignty.”

Instead it will be “on the one hand the Israelis say X, and on the other hand, the Palestinians say Y. Can’t we all get along?”

So the net result is that the radical leftist professors and the growing Muslim student population are permitted to be advocates and propagandists for the Arabs, while Jewish students rise above the fray to contemplate the conflict. The vast student body will still only receive a mostly one-sided version which will demonize Israel and the next generation of American leadership will be less likely to empathize with the Jewish state – like the man in the White House.

But what’s really happened in the discourse is that authentic Jewish liberalism has been paralyzed – not by Zionism, but by anti-Zionism. Inserting the “accuse the Jews” worm into the discourse, anesthetizes the Jewish instinct to fight the good fight. Infected, Jewish students forget the ideals and the history of valiant battling for a universal standard of human conduct, of fighting for precisely those victims abandoned by the “civilized world.”

Instead of explaining to our students the dynamic of “accusation” that has been used to hobble Jews from time immemorial, we teach them to sit in the dock. Instead of exploring with them just how Israel is under a massive ideological assault which masquerades as legitimate criticism, we teach them to keep the focus of discourse on Jewish conduct, Israeli behavior, which is exactly what our adversaries want. Instead of turning our fingers back on the tyrannical Arab/Muslim world whose criticism of Israel defines chutzpah, we answer its charges.

Instead of exposing the hypocritical Western liberal elites – the “human rights” establishment, the media and the professoriate – who have abandoned for reasons of political correctness whole classes of people in the worst of circumstances: women, gays, apostates, Christians, democrats in the Islamic realm, we accept playing the the role of defendant.

In other words, instead of making the subject of this entire discussion the actual world tyrannies and the execrable Western hypocrites who aim to destroy us, we are bitten by the “accusation” virus, and we simply lose our minds.

Yes, it is not easy to educate a generation, brought up to believe that everyone has his own truth, about a global campaign to defame the Jewish state. And it is not easy to tell the hard truths about the world of radical Islam to students who are taught the multi-culturalist dream, taught even that to suspect another culture of being supremacist is itself “racist.”

And yes it is not easy to include in pro-Israel education an honest representation of the Palestinian narrative, so that it can be truly understood and seen for what it is. Pro-Israel organizations need to learn (with the help of our thus-far mostly silent professors, please!) to do all this. But pro- Israel organizations must first deal with the “accuse the Jews” killer virus.

In 1911, Ze’ev Jabotinsky had it perfectly right. “Every accusation causes among us such a commotion that people unwittingly think, ‘Why are they so afraid of everything? Apparently their conscience is not clear.’ Exactly because we are ready at every minute to stand at attention, there develops among the people an inescapable view about us, as of some specific thievish tribe. We think that our constant readiness to undergo a search without hesitation and to turn out our pockets, will eventually convince mankind of our nobility; look what gentlemen we are – we do not have anything to hide! This is a terrible mistake.”

You’d think all the smart Jews would’ve figured that out. By now.

An earlier version of this article was first published in the Boston Jewish Advocate.