More details have emerged about the raid against an ISIS prison camp near Hawija, Iraq, where a joint American-Kurdish-Iraqi strike force rescued seventy prisoners who were about to be executed and dumped in mass graves. The most prominent of these details is the identity of the American soldier killed in this daring operation: Delta Force Master Sgt. Joshua Wheeler. 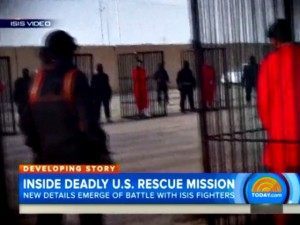 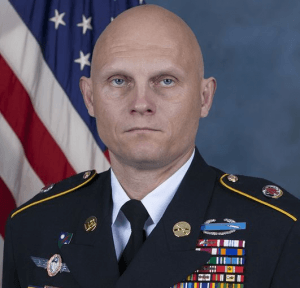 Wheeler, who was roughly a month shy of his 40th birthday, was born in Roland, Oklahoma. He graduated in 1994 from Muldrow High School in Muldrow, Oklahoma and entered the Army a year later as an infantryman training initially at Fort Benning, Ga., according to a statement from the military.

In 1997, he transitioned to Company B, 2nd Battalion, 75th Ranger Regiment, Fort Lewis, Washington. Over the next seven years, he worked his way up the ranks from infantryman, rifle team leader, squad leader, weapons squad leader, and anti-tank section leader.

He deployed three times to Afghanistan and Iraq.

In 2004, Wheeler was assigned to U.S. Army Special Operations Command and deployed 11 times in support of combat operations in Iraq and Afghanistan.

According to the Army Times, Sgt. Wheeler was killed by enemy gunfire. Four Kurdish peshmerga soldiers were also wounded in the raid.

Between 10 and 20 ISIS militants were killed and captured during the raid, which also seized what the Pentagon described as a “trove of valuable intelligence about the terrorist operation,” per CBS News.

CBS reports that “American forces were there to advise and assist, not to be an assault force — but that role changed when the U.S. troops saw the Kurdish Peshmerga get pinned down in a heavy exchange of fire with ISIS fighters.”

A Defense Department official says the decision for the U.S. troops to engage was made by commanders on the ground, after the encounter developed into what one official described as an “intense firefight.” Approximately 30 American ground troops were involved in the operation.

CBS notes it also marks the first known instance of American ground forces operating alongside Iraqi and Kurdish troops in combat since the beginning of Operation Inherent Resolve a year ago. U.S. troops have previously provided training and logistical assistance to its allies against ISIS.

Although early reports described the raid as an effort to rescue Kurdish prisoners, subsequent details released by the Defense Department indicate the intelligence prompting the strike came from Kurdish sources, but the hostages were in fact Iraqis.

An account of the raid from ABC News describes air operations designed to seal off the area from ISIS ground reinforcements, followed by first the Kurds, and then U.S. special forces, engaging the Islamic State militants.

“Once they entered the prison buildings, the American and Kurdish forces were surprised to find they contained many more hostages than initially believed. Instead of finding 20 Kurdish Peshmerga fighters, they found more than 70 Sunni Arab hostages, about 20 of whom were members of the Iraqi Security Forces,” according to Pentagon press secretary Peter Cook.

“The discovery led to a complex operation by the crews of the five U.S. helicopters who now had to safely transport the assault force and the much-larger-than expected number of rescued hostages back to Erbil,” continues the ABC report. “After the last of the U.S. helicopters had departed the compound, American aircraft conducted airstrikes to level what had been the ISIS prison compound.”

President Obama was strangely — some say outrageously — reluctant to take responsibility for the raid, with the White House saying he didn’t “sign off” on the raid, but left the call to be made by Defense Secretary Ashton Carter.