In a “gesture of welcome,” Pope Francis took three families of Syrian refugees with him in the papal plane on his return to Rome from the Greek island of Lesbos Saturday.

The Vatican said it will assume responsibility for the upkeep of the three families, and has enlisted the community of Sant’Egidio to provide the initial hospitality.

Two of the families come from Damascus, and the other from Deir Azzor, in the area occupied by the Islamic State, and all three families had their homes bombed during the Syrian civil war.

All the members of the three families are Muslims, and six of the 12 refugees are children. 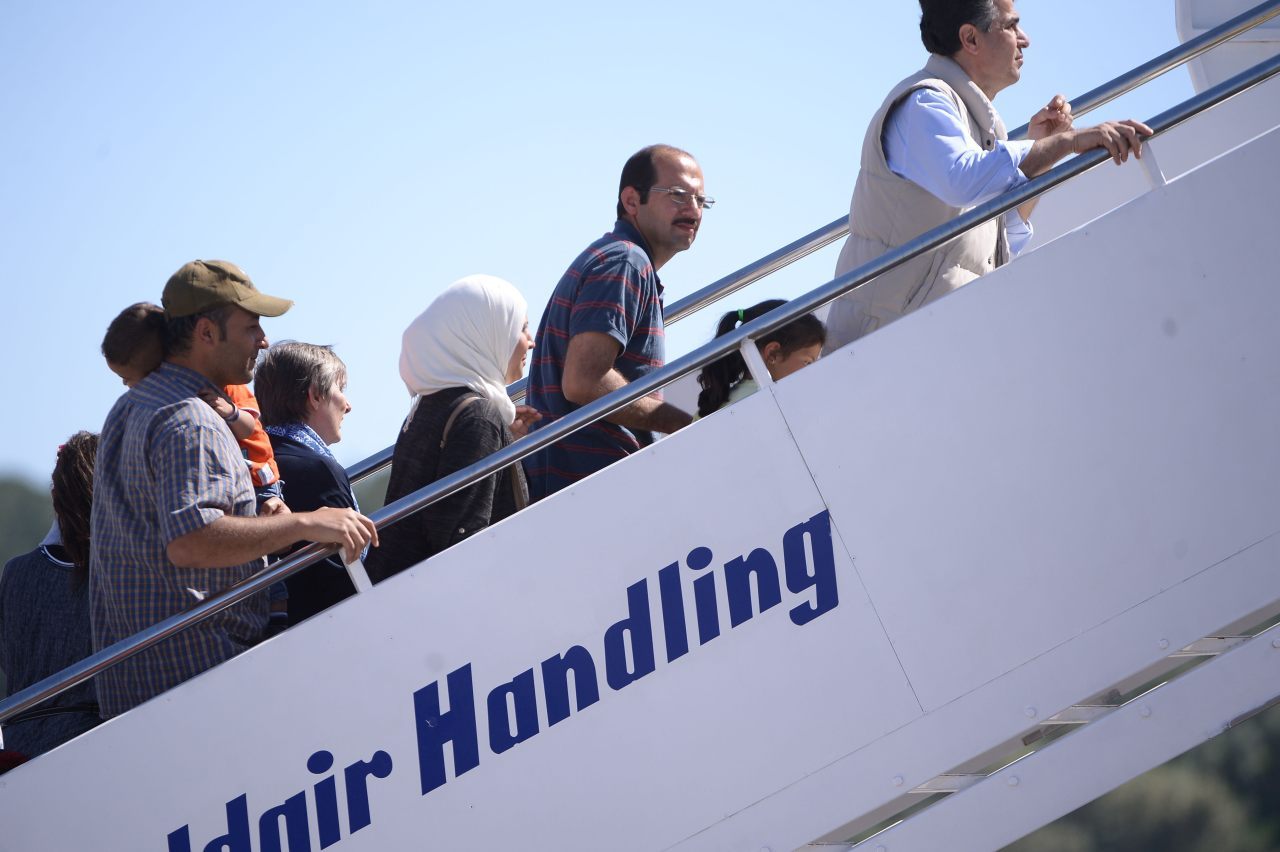 According to papal spokesman Father Federico Lombardi, by bringing the refugees back on the papal plane, the Pope wished to make a “gesture of welcome regarding refugees,” and the Vatican Secretariat of State negotiated the transfer with the competent Greek and Italian authorities.

The Vatican specified that the three Syrian families were already in camps in Lesbos prior to March 20, when the agreement between the European Union and Turkey went into effect.

Earlier in the day, Pope Francis visited the Moria detention center, where some 3,000 people are awaiting decisions concerning their asylum status. The Pope was accompanied by two other religious leaders, the Orthodox Patriarch Bartholomew and the Greek Archbishop Ieronymos. The three men signed a joint declaration expressing their concern for Europe’s migrant crisis. 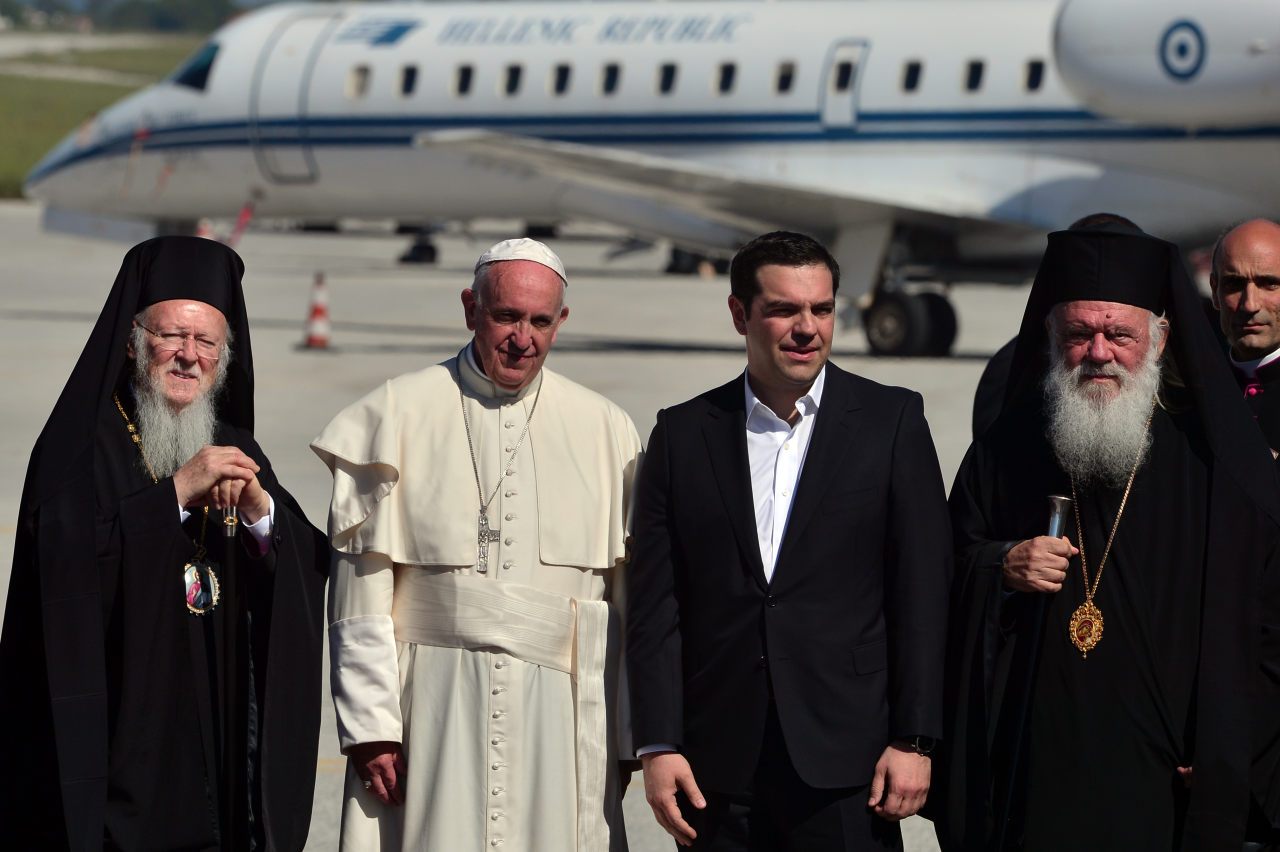 Despite assurances by the papal spokesman, who earlier this week stated that the Pope’s trip to Lesbos would be purely humanitarian and ecumenical, it is difficult to ignore the political edge in the joint declaration.

In the declaration, the religious leaders specifically “urge all countries to extend temporary asylum, to offer refugee status to those who are eligible, to expand their relief efforts and to work with all men and women of good will for a prompt end to the conflicts in course.” 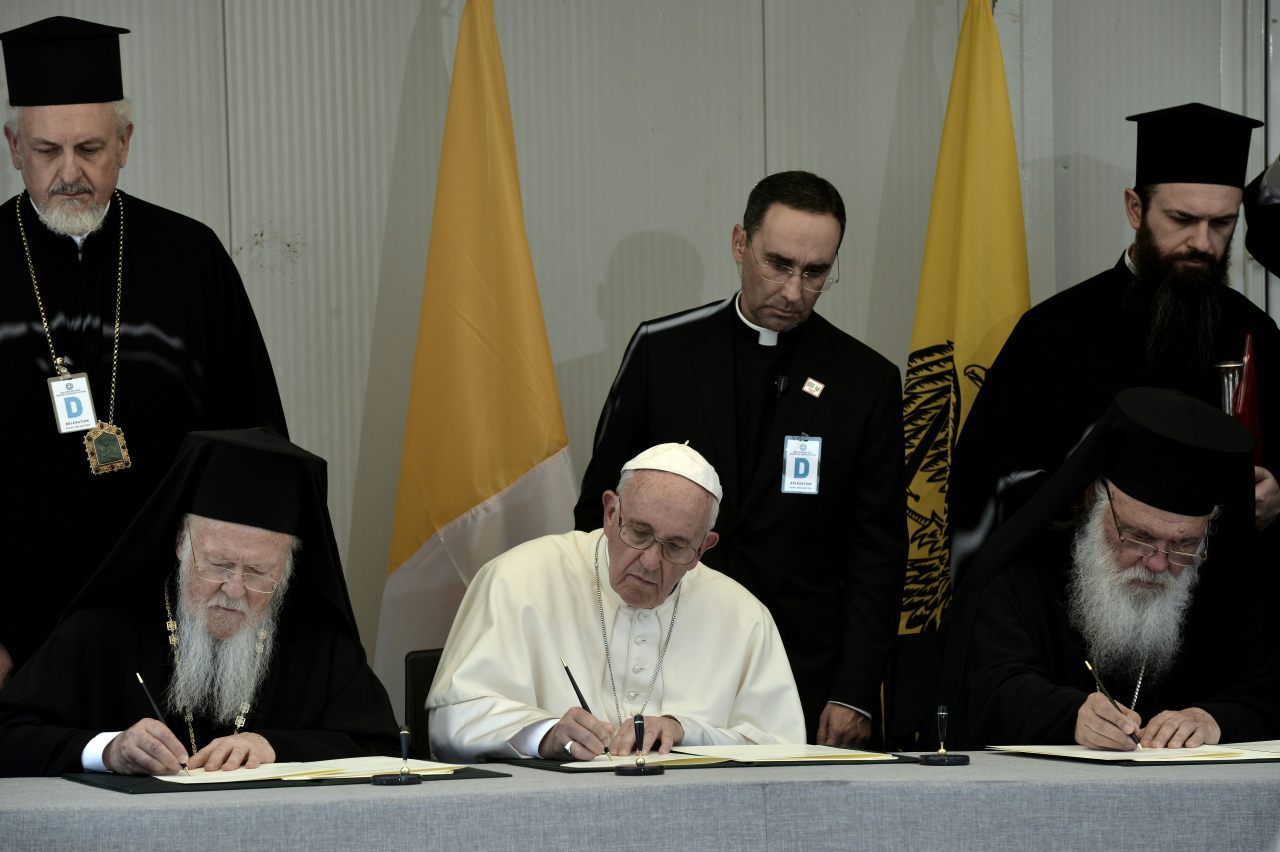 The three men also offered public prayers for the victims of migration who have died attempting to reach other lands.

In his prayer, Pope Francis entreated God on behalf of “all the men, women and children who have died after leaving their homelands in search of a better life.”

Though many of their graves bear no name, he said, “to You each one is known, loved and cherished. May we never forget them, but honour their sacrifice with deeds more than words.” 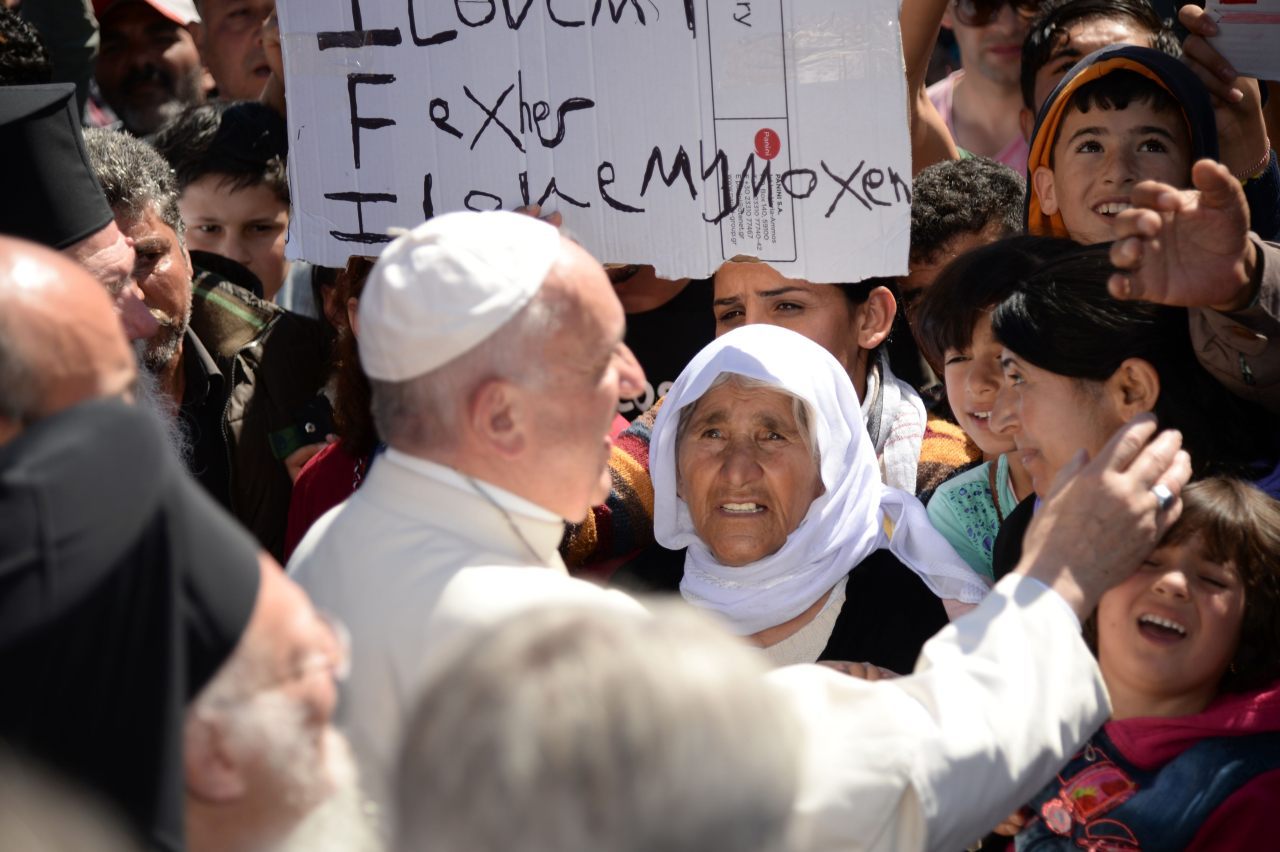 Francis also prayed asked God to “wake us from the slumber of indifference, open our eyes to their suffering, and free us from the insensitivity born of worldly comfort and self-centredness.”

“Inspire us,” he said, “as nations, communities and individuals, to see that those who come to our shores are our brothers and sisters.”

“May we share with them the blessings we have received from Your hand,” he said.