The nine-day mandatory mourning period continued in Cuba on Tuesday, the designated day for foreign leaders to speak of the legacy of dictator Fidel Castro. Castro’s brother, dictator Raúl, announced the 90-year-old’s death on Friday.

Cuba has imposed a mourning period on its people, though Fidel Castro’s death was widely celebrated by Cubans throughout the world. The government has banned the sales of alcohol to prevent celebrations, as well as prohibited any loud “public activities,” playing of music, or excessive laughter. News anchors have been ordered not to utter the words “good morning,” “good afternoon,” or “good evening” after a communist singer-songwriter took offense at describing any day without Fidel Castro in it as “good.” 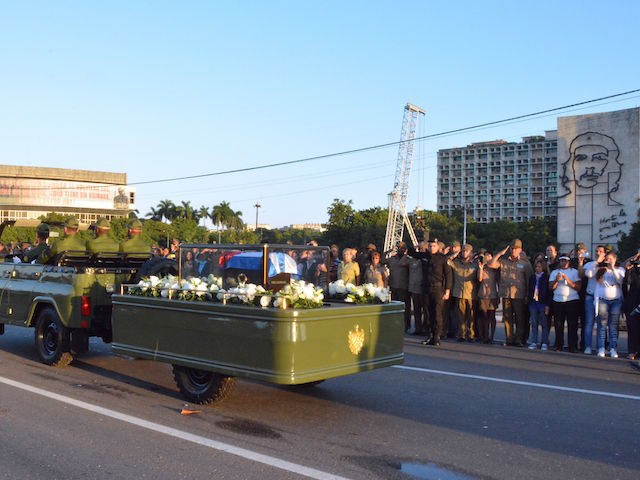 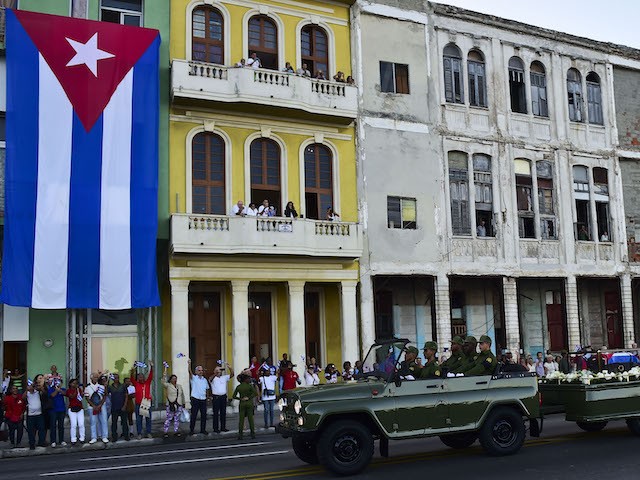 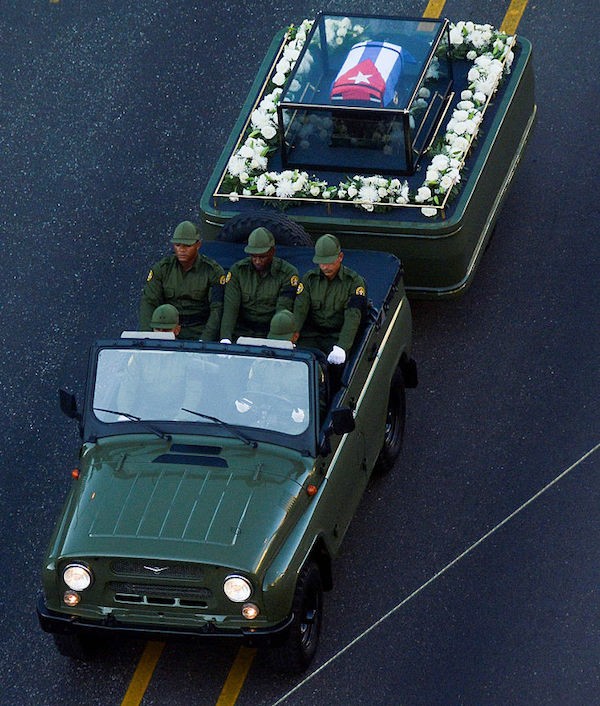 Fidel Castro’s ashes will end their tour of the nation in eastern Santiago, where he was born. Before that voyage across the island, however, the government paraded his ashes through the streets of Havana, displayed to throngs of Cubans forced to attend the ceremonial march. The Cuban state propaganda outlet Granma had announced this as an “event of the masses,” and warned over the weekend that all places of employment must permit their workers to leave to attend the events. 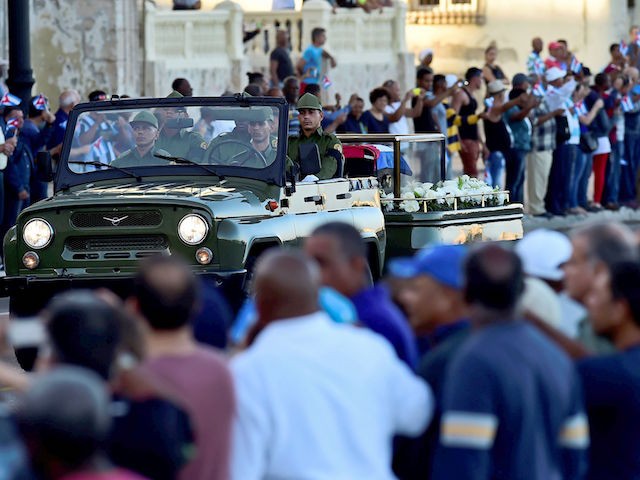 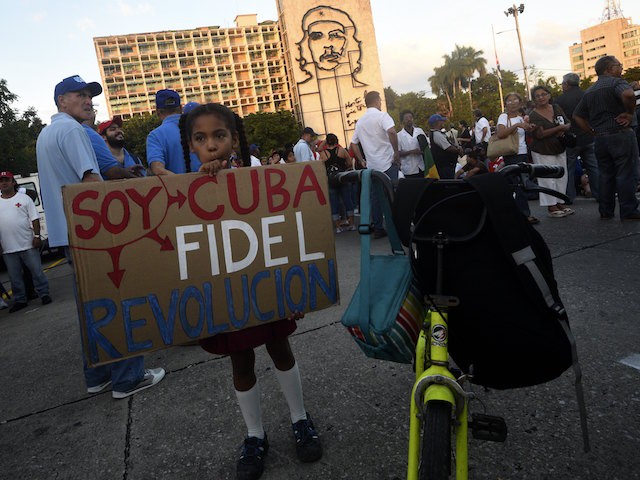 Instances of intimidation at the workplace have already begun to surface, even against those who attend events. The Miami-based Cuban journalist Yusnaby Pérez reports that at least one man was fired from his job for joking about Castro’s death on Facebook. The man, identified only as “Leamsy,” wrote on Facebook that the only thing he lamented about Fidel Castro dying was that “he left and he did not pay me the thousands of pesos that he owed me monthly… he paid me no more than 500 Cuban pesos ($20) and 250 convertible Cuban pesos ($10) a month.” Leamsy reportedly worked at the National Museum of Fine Arts in Havana, and was told he was being fired for being “untrustworthy.” 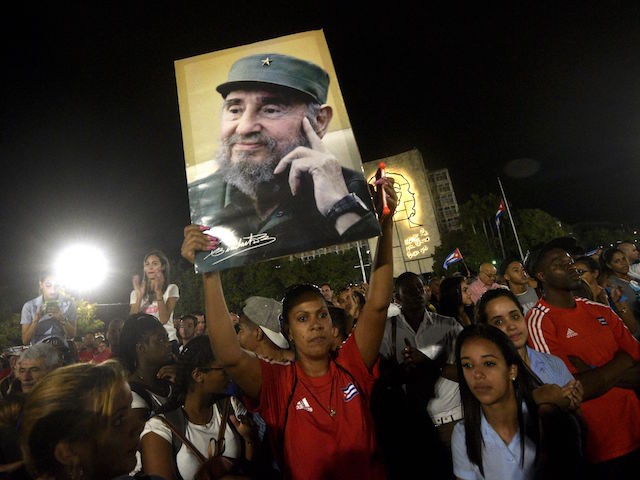 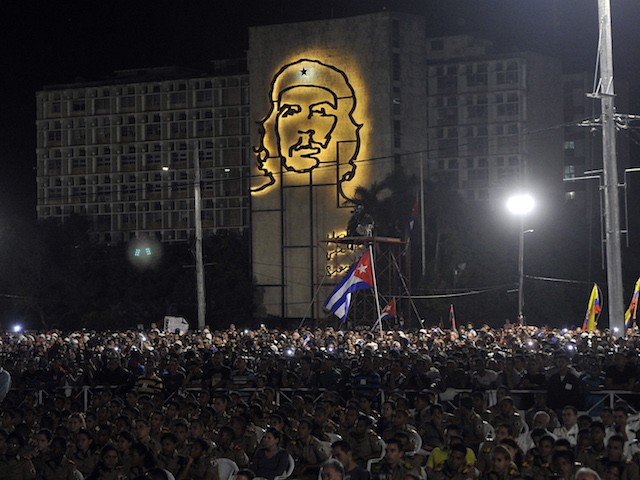 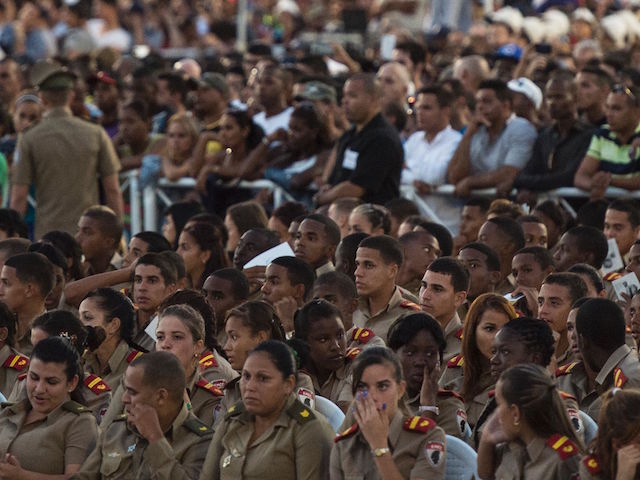 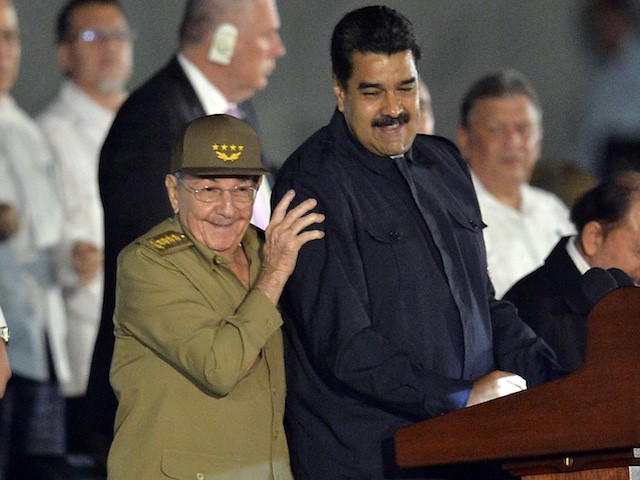 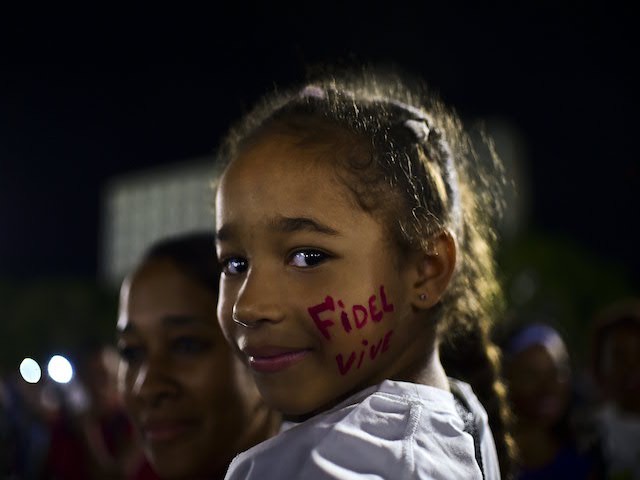 Fidel Castro’s ashes are now en route to Santiago on Wednesday morning, according to Granma, which has dubbed the convoy carrying them the “Freedom Caravan.”