The U.S. State Department has issued a terror warning for Americans abroad after the Islamic State threatened to bathe the Vatican in “Christmas Blood” this December.

Islamic State terrorists threatened the Vatican and Pope Francis by means of a poster aired on social media last week featuring a masked man driving a car toward the Vatican, seated next to a large backpack and semiautomatic rifle. The poster is captioned “Christmas blood: So wait” and the image was circulated by the pro-Islamic State Wafa Media Foundation.

Rita Katz, the director of the SITE Intelligence Group, a non-governmental counterterrorism organization that monitors online activity of jihadists, said on Twitter that the recent threat against the Vatican “is a specific directive within ISIS’ larger push for ISIS inspired attacks in the west amidst losses.” 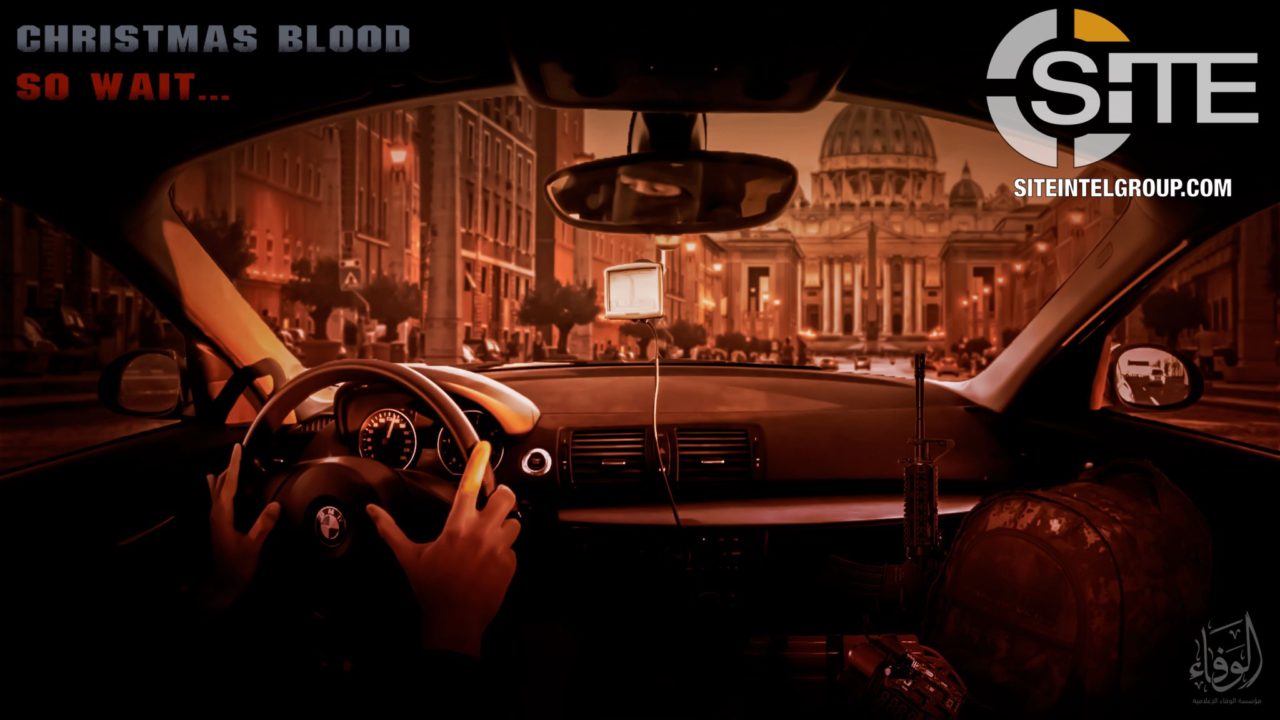 On the same day the poster was made available on social media, the U.S. State Department issued a “Europe Travel Alert” that warned U.S. citizens of a “heightened risk of terrorist attacks throughout Europe, particularly during the holiday season.”

The Travel Alert did not mention direct threats, but cited a series of recent terrorist incidents in France, Russia, Sweden, the United Kingdom, Spain, and Finland, which “demonstrate that the Islamic State of Iraq and ash-Sham (ISIS or Da’esh), al-Qa’ida, and their affiliates have the ability to plan and execute terrorist attacks in Europe.”

The State Department also noted that last year, Islamic terrorists carried out a mass casualty attack “at a Christmas market in Berlin, Germany” as well as in Istanbul, Turkey on New Year’s Eve. The Department “remains concerned about the potential for future terrorist attacks,” the warning states, and U.S. citizens should be alert to the possibility “that terrorist sympathizers or self-radicalized extremists may conduct attacks with little or no warning.”

According to Ms. Katz, for ISIS the Vatican is a symbol of “Crusader” West and thus when ISIS leaders like Baghdadi and slain spokesman Adnani make threats like, “We are Coming, O Rome,” it is often an implicit reference to the Vatican.”

Several days after the poster was released, a pro-ISIS group posted another image depicting a decapitated Pope Francis. In the picture, a khaki-clad jihadist stands over the body of a prisoner in an orange jumpsuit while holding the severed head of Pope Francis.

The caption next to the head bears the Pope’s name: “Jorge Mario Bergoglio.”

“O Worshipers of the Cross, I swear to avenge every single drop of blood that you spilled and every house that you have destroyed,” reads the message running across the top of the poster. “I swear that you will taste the bitterness of the cups of death and make your feasts massacres. You will not even enjoy living in your homes, Allah willing.”

While analysts encourage citizens to take the threats seriously, they also suggest that ISIS may make such high-profile threats to distract from its recent military losses in Syria and Iraq.