Dozens of people were killed in Guatemala on Sunday after the Fuego volcano erupted, the country’s largest such eruption in over a century.

According to the country’s disaster agency CONRED, the volcano, located 25 miles south-west of the capital Guatemala City, erupted and flooded the surrounding area with lava and thick clouds of ash that reached nearly six miles into the sky.

“It’s a river of lava that overflowed its banks and affected the Rodeo village. There are injured, burned, and dead people,” said Sergio Cabanas, the agency’s general secretary on national ready.

“The toll was 25 dead as of 9 p.m.,” Cabanas said, adding that around 300 people were injured while the government had opened over 3,000 shelters for those forced to leave their homes.

“Unfortunately El Rodeo was buried and we haven’t been able to reach the La Libertad village because of the lava and maybe there are people that died there too,” he continued.

Shocking footage shared around the world showed enormous clouds of ash engulfing streets as civilians watched on or tried to escape.

“The only thing we could do was run with my family and we left our possessions in the house,” local resident Ricardo Reyes told the BBC. “Now that all the danger has passed, I came to see how our house was – everything is a disaster.”

Guatemalan President Jimmy Morales responded to the incident by announcing three days of national mourning, lamenting the “deep pain” and “irreparable losses” caused by the tragedy. 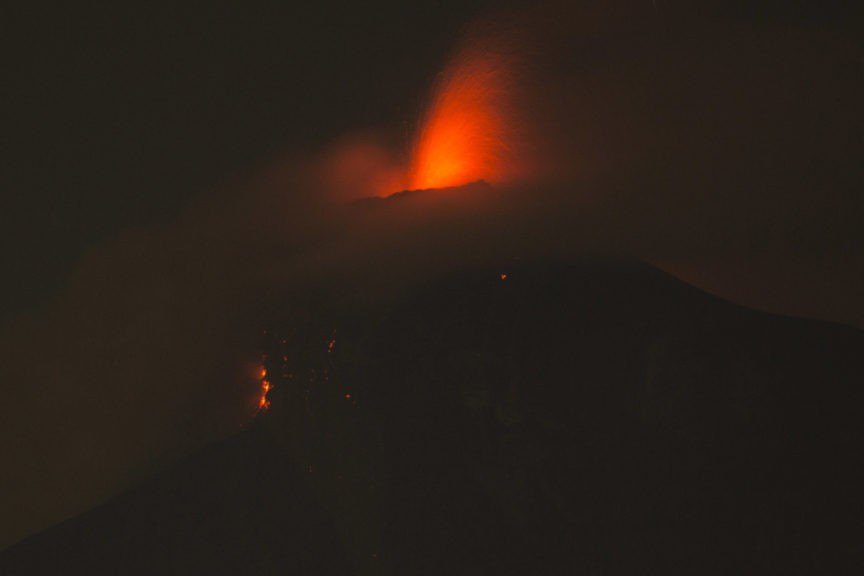 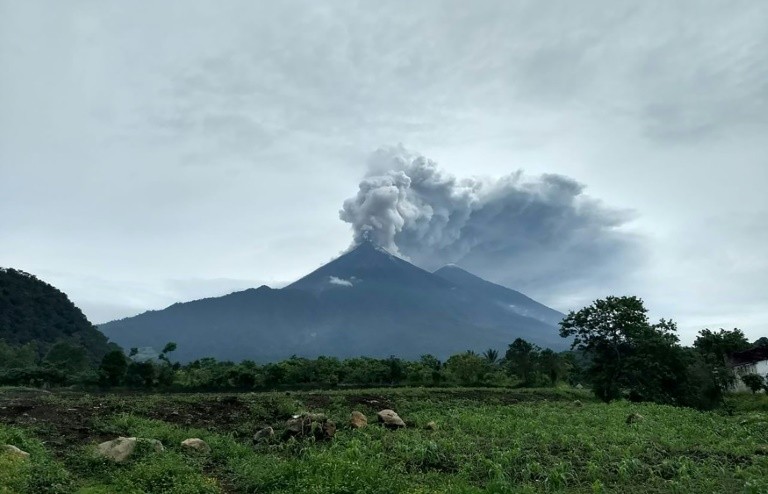 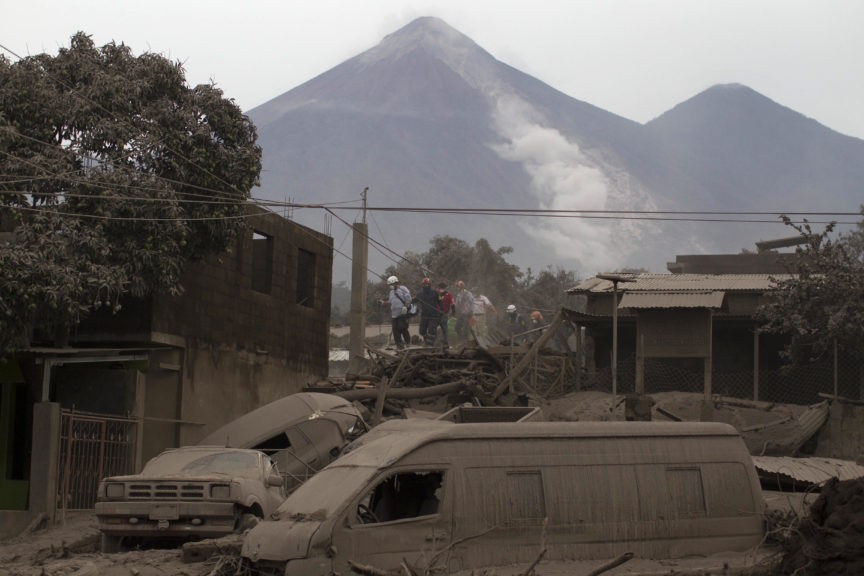 As a result of the eruption, authorities closed local airports as thousands of tourists seek to return home as rescue operations take place.

“The new eruption has generated a fast-moving current of hot gas and volcanic matter in the direction of the city,” the US Embassy in Guatemala said in a warning.

Rescue workers continued to search for survivors overnight after the Fuego volcano in Guatemala erupted.

At least 25 people were killed, but officials say the death toll could rise.

Israel, which recently had its capital Jerusalem recognized by the Guatemalan government, was the first to provide emergency for medicine and other basic supplies.

One of the continents largest and most active volcanos, the Volcan de Fuego has an altitude of 12,346 feet above sea level at its peak. It has erupted frequently in recent years. It is the country’s largest eruption since 1902, when an eruption of the Santa Maria volcano killed thousands of civilians.