The $7.2 billion broadband portion of the federal government’s nearly $1 trillion “stimulus” law has been counterproductive and destructive from the moment President Barack Obama signed it. There are myriad examples of these mountains of money being spent terribly. 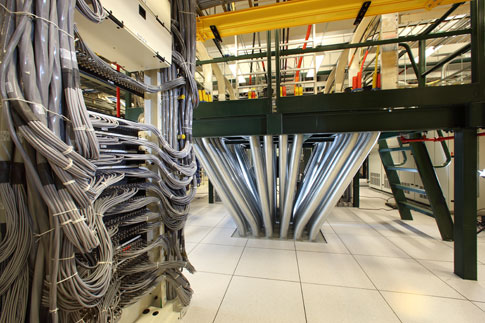 Lake County wanted to get in on the government broadband gravy train. So they hired to put together their proposal the highly problematic Tim Nulty. His company, National Public Broadband, had already blown up a similar untenable government Internet project in Burlington, Vermont.

Why do I say the Lake County plan is untenable? Because the numbers simply don’t add up.

Lake County’s total population is only 11,058 – which means at most about 7,000 homes to which to potentially sell broadband. To up that tally, Lake County added to the plan parts of neighboring Saint Louis County. Thereby placing Lake residents on the hook for the nearly $60 million in federal loans – much of which would be spent not on them, but in Saint Louis.

This dubious move brought the total number of homes to-be-potentially-served to about 15,000.

Despite Nulty’s previous catastrophe, the federal government approved him and Lake County. Call it fellow fiasco professional courtesy. Lake County is to receive roughly $66.4 million – $56.4 million in federally-backed loans, and $10 million in an outright gift/grant.

But even that titanic amount wasn’t enough to fund the plan, so the Lake County Board of Commissioners decided to borrow an additional $3.5 million – without what appears to be the necessary referendum to get their constituents’ approval prior to plunging them (further) into debt.

After Nulty secured the deal, his troubled past came to public light and Lake County ended their relationship with him. Unfortunately, the County presses on with his hopeless plan.

The only way for Lake County to ever make their broadband folly profitable – and it would take a LONG time to pay back $60 million – is to sell broadband to 65% of the 15,000 homes.

But this is northern Minnesota – bordering on Lake Superior National Park. 30% of the 15,000 targeted homes are empty most of the year. They are mostly second homes for people looking to get away from it all in the woods (one would think “all” includes the Internet).

One or two month residents are most likely not going to pay for year-round broadband.

So that means Lake County has to sell to nearly 100% of the full-time occupied residences. That’s a bit of a stretch. But it gets stretched further still – and here we arrive at the destructive portion of this terrible program.

There are already four private broadband providers serving large swaths of these areas. Two – Mediacom and Midcontinent – serve 8,500 of these homes. Two others – Qwest and Frontier – serve many more.

So most of the 100% Lake County Government Broadband has to get – already have broadband service.

And all four private providers are doing it for less money than Lake County will charge.

So Lake County isn’t looking to serve the unserved – which was the point of the broadband “stimulus.” They are looking to compete with existing private sector companies. And do so at higher rates.

Their plan can’t possibly work. And it is terribly destructive to the existing job-providing broadband providers.

This bad “stimulus” execution is transpiring throughout the nation – and it will crush private investment. Who is going to do what these Lake County companies have done – invest big money to build out broadband – if the threat of a government money competitor parachuting in looms large?

New broadband development and access will simply cease to be.

It’s not too late in Lake County. They can still do the sensible thing – abandon this damaging and impracticable plan.

Lake County should be working with these broadband and job providers – not spending tens of millions of dollars against them.