CHICAGO, ILLINOIS — After a day of protests meant to shut down Black Friday shopping to bring attention to black issues, by 4:30pm local time Michigan Avenue had mostly returned to normal. Traffic had returned to the street and shoppers were out in force, but pockets of activists still remained and continued to block the entrances to business.

As the sun set in Chicago, the reality was still setting in: the Black Friday Shut Down was one of the left’s most successful direct actions in a recent memory. It was disruptive–but it was peaceful. And it was effective. 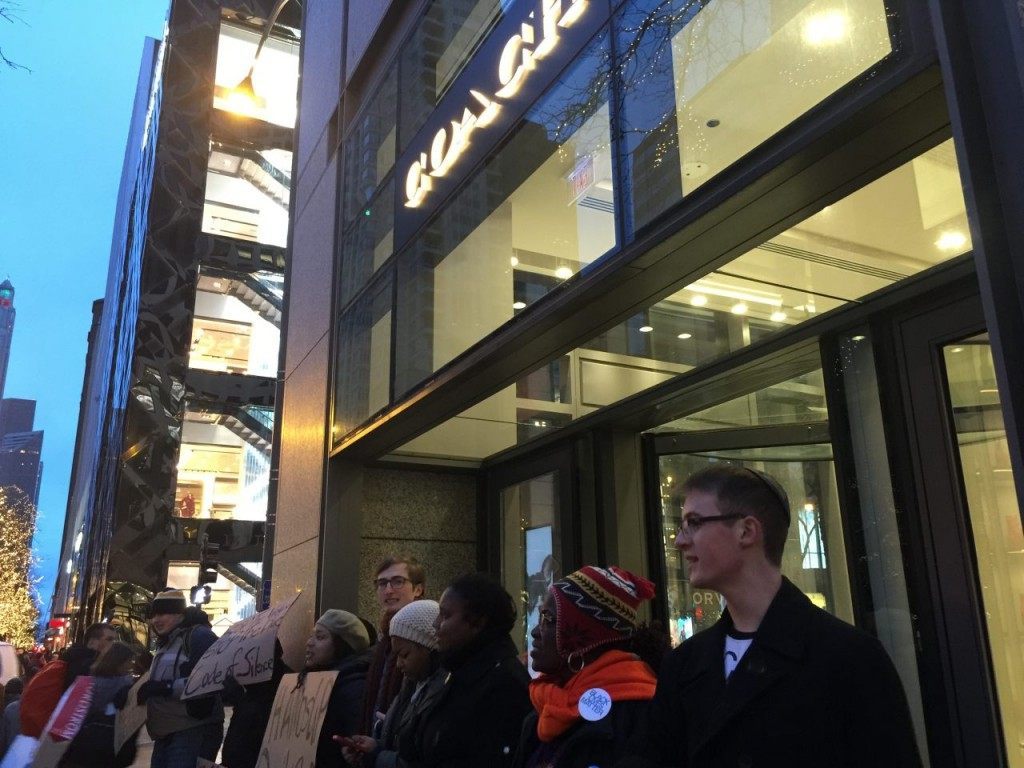 And it couldn’t have happened without the help of President Barack Obama and his former chief of staff, current Chicago mayor Rahm Emanuel.

As liberal media headlines–like “Obama backs protests over ‘deeply disturbing’ Laquan McDonald shooting” and “Obama Thanks His Hometown for Keeping the Laquan McDonald Protests Peaceful“–suggest, the president gave his tacit approval to the threatened business disruptions that took place all day Friday in Chicago.

With a wink and a nod from the White House, demonstrators knew they were free to cost local businesses an untold amount of money by forcing potential customers to join in an involuntary boycott, as long as they maintained their discipline.

While there was a large contingent of Chicago police on hand, they were taking orders from above–and it’s clear that Mayor Emanuel was letting tensions simmer but not quite come to a boil. Mostly, the cops clustered in groups and watched as protestors linked arms and blocked doors.

Black Friday became a day where the coalition of Black Lives Matter, the Revolutionary Communist Party, Jesse Jackson’s Rainbow PUSH group and grassroots black activists took and held ten blocks of a high-end retail district on the busiest shopping day of the year. They learned that this is a thing they can do and that nobody at a city, state or federal level will stop them.

With that lesson learned, they are certainly feeling very good about themselves as they plot their next move. Meanwhile, regular Americans across the country, watching the mayhem unfold in the Windy City, are asking themselves: what the hell will come next?