Major Democratic-dominated cities need to import yet more immigrant residents to replace the Americans fleeing from those cities’ crowded, crime-prone and expensive districts, according to a Bloomberg article.

The government imports 1 million new legal immigrants per year, even as 4 million young Americans turn 18, but according to Bloomberg:

Immigration to the U.S. has failed to make up for the number of residents leaving New York, Los Angeles and Chicago — the nation’s top three metropolitan areas.

Chicago — beset by crime, economic and budgetary woes and high taxes — is the net exodus leader among 100 metro areas tracked by Bloomberg using Census Bureau data for the year through July 1, 2016. An average 245 local residents left the Windy City each day compared with the arrival of 71 foreigners. Census doesn’t inquire about a person’s citizenship status…

For the nation’s third most-populous metropolitan area, foreign immigration “is the only offset we’ve got and it would be tragic to lose,” said Diane Swonk, chief executive and founder of DS Economics in Chicago. 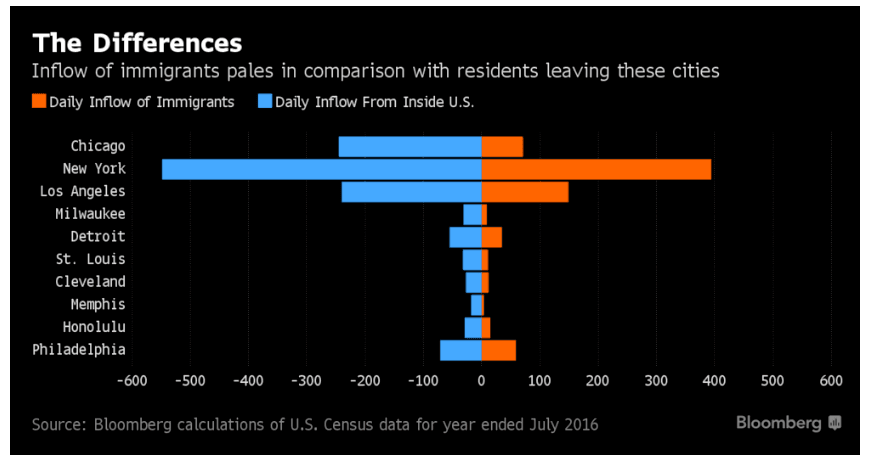 But immigration is so high in Miami that it is pushing out Americans, just like in Los Angeles, New York and Chicago. 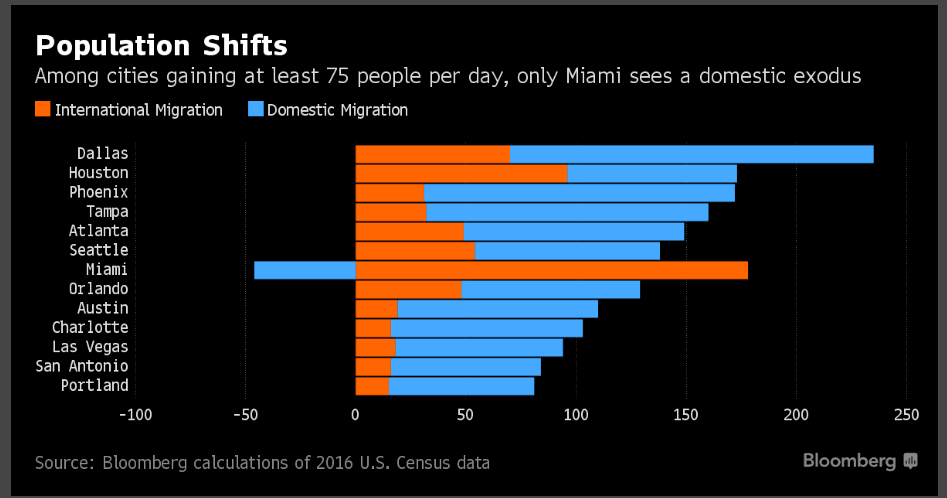 Young people are leaving the crowded cities, in part, because elite jobs and large immigrant populations combine to push up property prices and taxes, while also holding down the salaries and wages needed to start families.

That is bad news for conservatives in those states because GOP candidates tend to sweep districts with where family-minded voters can afford to set up homes. Those trends were reflected in the 2016 election, where Trump won 26 of 27  lower-cost states.

As more Americans migrate southwards, they are likely to bring more GOP-leaning voters to their new districts, which help offset the huge immigrant inflow of Democratic-leaning residents.