The vultures of climate alarmism are just loving this run of hurricane disasters.

For those wondering what the equation was to calculate sea temp changes to air saturation that impact hurricanes, here ya go. Have fun: pic.twitter.com/X80TnN3X9h

Some don't like scientists talking re #climate change during disasters, so before #Irma strikes: Caribbean water temps are abnormally high. pic.twitter.com/JvglgrebEu

Whatever the spin the goal is always the same: to exploit the personal tragedies of the disaster victims for political gain by dishonestly pretending that natural extreme weather events are somehow connected with “man-made climate change.”

Some are more blatant about it than others.

This scientist from German’s hard-left, climate-alarmism-promoting Potsdam Institute, for example, knows that there is no credible link between hurricane activity and climate change. So instead, plays the “climate change made it worse” game. Which, of course, is more than good enough for Bloomberg…

Climate change can “badly exacerbate” the impact of the hurricanes, even if it’s not the initial cause, he said.

This journalist from The Nation, on the other hand, isn’t in the mood even to pretend to heed any tedious, irrelevant crap like meteorological expertise or scientific evidence. Why would you bother with that when your feelings – and The Narrative – are more than enough to enable you to pin the blame on “Trump and all climate deniers” for committing a “crime against humanity.” 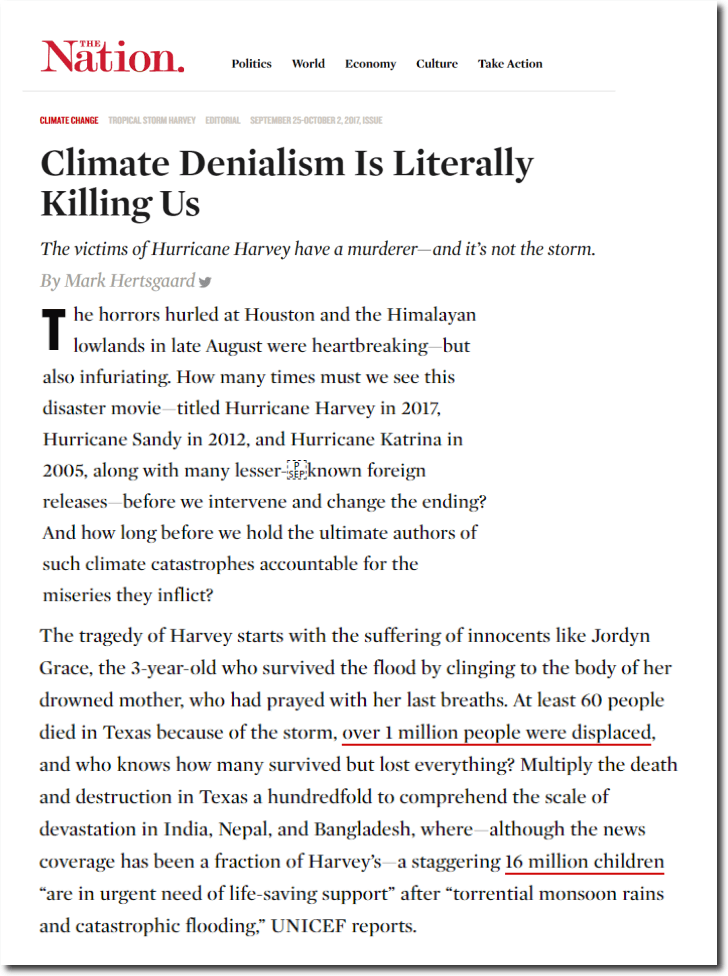 The hysteria isn’t being helped by our failing mainstream media’s penchant for disaster inflation. For example, The Daily Telegraph – which used to be a respected conservative newspaper with foreign correspondents across the globe and a sticklerish regard for accuracy – has been billing Hurricane Irma as “the most deadly storm in history.”

Most deadly in history? Not even close, points out a mildly disgusted Paul Homewood.

Here, courtesy of Wikipedia, are the deadliest hurricanes: 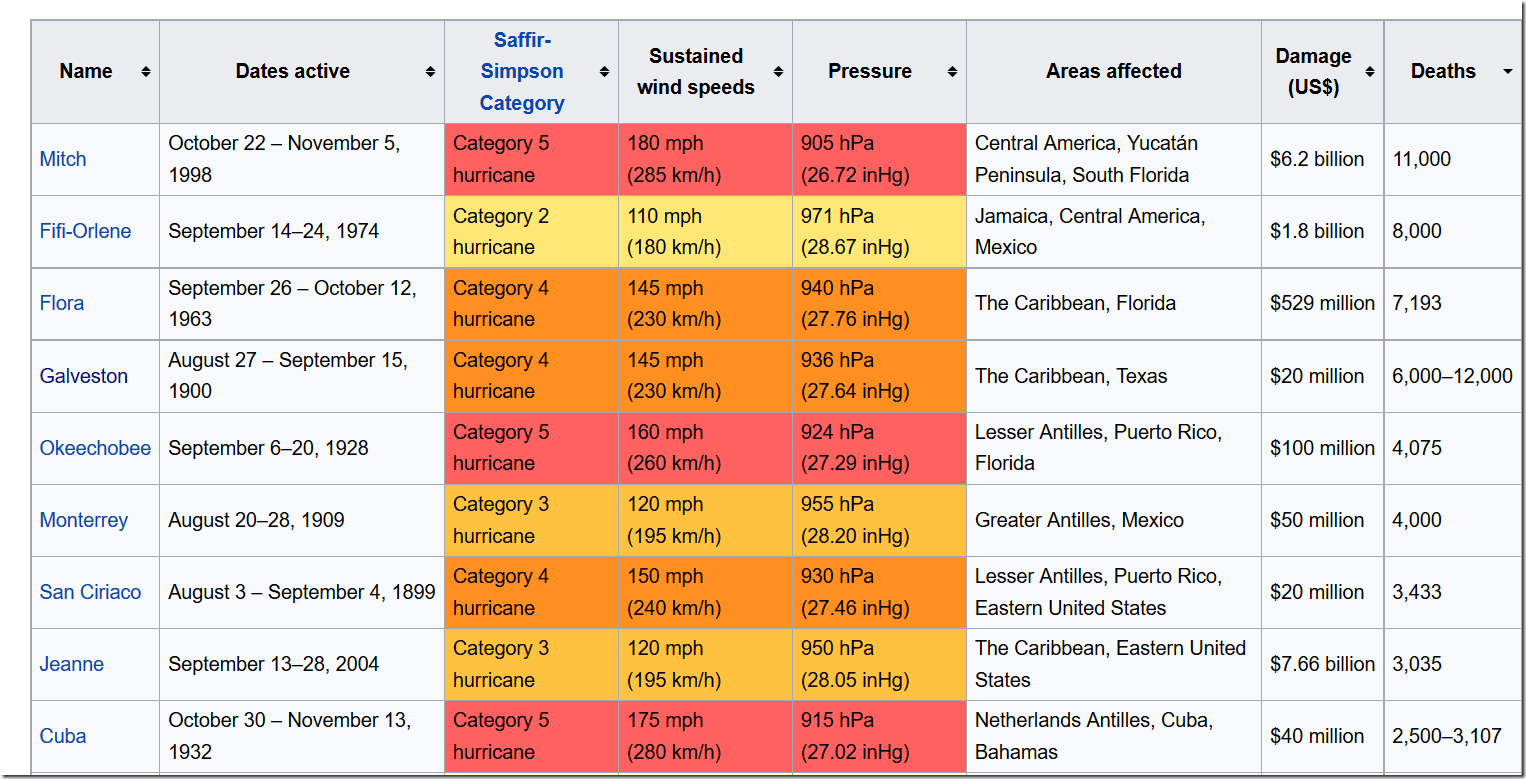 But as Fox News has reported, it’s not even the worst of the last forty years, let alone the worst ever.

Four other storms have had winds as strong in the overall Atlantic region but they were in the Caribbean Sea or the Gulf of Mexico, which are usually home to warmer waters that fuel cyclones.

Plus, as Homewood notes, we have no way of gauging precisely where Irma stands in meteorological history because the methods used to measure hurricanes have changed so much over the years.

This chart – produced by hurricane expert Chris Landsea in 2012 – illustrates the point. 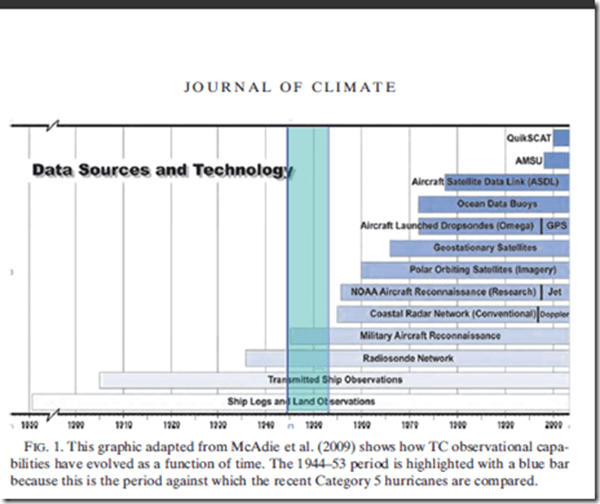 None of this is to play down the misery of those who have lost lives and property as a result of these weather disasters. But it can’t be stated often enough how ugly, cynical, dishonest, manipulative and irresponsible it is of climate alarmists – aided and abetted by the failing mainstream media – to be continually promoting the abject lie that a) these hurricanes are somehow man-made and b) that man has it in his power to stop them by burning less fossil fuel.

And it’s never going to stop because this isn’t about science and it isn’t about the truth, it’s about control, as Steve Goddard reminds us in this excellent essay.

It ends with a typically apposite quote by HL Mencken:

The urge to save humanity is almost always a false front for the urge to rule.