Birmingham, ALABAMA — A minister who says that he dated Beverly Young Nelson at around the same time that Young claims to have been assaulted by senatorial candidate Roy Moore says that he does not believe his ex-girlfriend about the allegations.

The former boyfriend, Jeff DeVine, attended high school with Young and is currently in Thailand, where he runs DeVine Ministries with his wife and twin daughters. He says that as part of his ministry, which focuses on rescuing children, he has worked with victims of rape and other trauma.

A high school classmate of Nelson’s who spoke to Breitbart News remembers DeVine and Nelson briefly dating around 1977. DeVine also provided a copy of his high school yearbook inscribed with a lengthy message by Nelson.  The inscription was signed by “Beverly Young,” using Nelson’s maiden name. 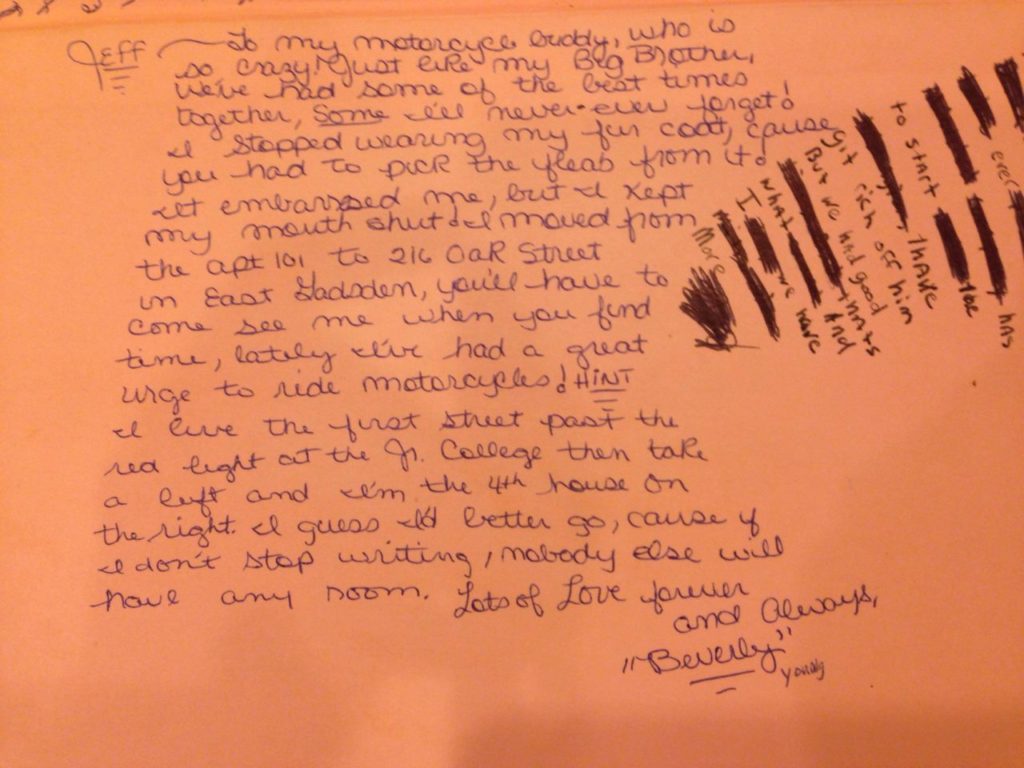 DeVine’s comments mark the second time a person who has known Nelson has gone public to call her allegations against Moore into question.  Last week, Nelson’s stepson, Darrel Nelson, claimed in a Breitbart News interview that his stepmother’s accusations are “one hundred percent a lie.”

Beverly Young Nelson, 55, gave a press conference last week at which she claimed that Moore sexually assaulted her in a car in December 1977 or early January 1978 when she was a 16-year-old high school student. Nelson said the alleged assault took place outside a restaurant in Gadsden, Ala., where she says that she worked as a waitress. Nelson is being represented by controversial attorney and women’s rights advocate Gloria Allred.

Asked about the allegations, DeVine stated, “No, I don’t believe it.”

DeVine, speaking to Breitbart News from Thailand via Skype, said that his estimation was “based off just my experience with people,” and not any specific evidence that Nelson was being dishonest. 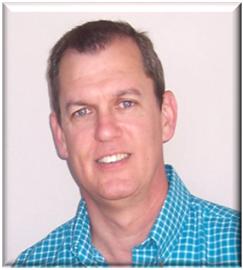 “I have learned to just study body language and the way a person tells a story. And as I said, I wouldn’t qualify, I am sure, in a court of law as being an expert – but just from my experience, I didn’t find her story believable. And the way she told it.”

“I could only guess to her motive.,” he stated. “Whether somebody has offered her something to do this. I really couldn’t say. I would only be guessing.”

DeVine said the last time he communicated with Nelson was when “she befriended me on Facebook a little while back and we exchanged a few, just ‘Hey, how are you doing?’ and that kind of a thing.”

DeVine described befriending and dating Nelson in 1977 when the two attended Southside High School in Alabama.

“We started dating off and on,” he recalled. “Nothing real serious at first. I didn’t have a car, at first. I just had a motorcycle, so we would ride my motorcycle. Later when I got a car we went out in my car a few times. And we dated off and on maybe a year.”

“I knew her family … because I would work with her dad on his TV repair business when he needed me. So, I worked with him quite a bit.”

“But we became friends. She invited me to her first birthday party that they had in those apartments shortly after they moved there. I went to that. We danced. We started talking. I found her easy at to talk to and enjoyable. So, we started going out.”

At her press conference, Nelson stated that she had a boyfriend who used to pick her up from a waitressing job at a restaurant in Gadsden called Olde Hickory House where she says that the assault took place. Nelson claimed that she originally met Moore when he was a 30-year-old deputy district attorney in Etowah County and would regularly eat at the restaurant. Moore has denied knowing Nelson.

Nelson described being picked up by her boyfriend immediately after the alleged assault: “I got up and tried to pull myself together. I was making my way to the front of the restaurant when my boyfriend arrived. It was late and it was dark. I did not say anything to him as to what had occurred as he had a violent temper and I was afraid that he would do something that would get him into trouble.”

While DeVine says that he dated Nelson at around the time of the alleged incident, he says that he was not the boyfriend who may have picked her up in the restaurant and that she was dating someone else at the same time.

DeVine could not recall Nelson working as a waitress in a restaurant at all. “I don’t remember her working in that restaurant,” he stated. “I’m not saying that she didn’t. I just don’t remember it.”

DeVine says that Nelson ultimately ended the relationship to be with the other boyfriend.

“We weren’t dating each other exclusively because she ended up dating another guy at around the same time that she got more interested in than me.” he said. “And I think that was the guy that she eventually married.”

Asked whether there was any animosity between himself and Nelson after the breakup or currently, DeVine replied, “No not at all.”

DeVine continued: “It wasn’t a dramatic breakup. Like I said, we weren’t in love. We were going out. We were friends. We never had a physical relationship. I won’t say we didn’t kiss, but I mean we never had sex or anything like that. She just made it clear to me that she was concerned about me. About whether I would be the best guy for her and she had this other guy that liked her, and she thought he would be a better choice.”

“And I was just the kind of guy, well, okay, I am not going to compete with somebody. If you like this other guy, then I think it is best you to go for him. And so, we just agreed that we wouldn’t see each other and she was going to push through the relationship with that guy. It was okay. It was a very peaceful friendship type of a break-up. It wasn’t a dramatic breakup. Broken heart or anything like that at all.”

Nelson, meanwhile, has been at the center of controversy regarding her own yearbook, which contains the only piece of physical evidence to be presented in the cases of numerous women who have gone public with stories alleging inappropriate conduct between Moore and teenage girls. Moore has strenuously denied all the accusations.

In a radio interview with this reporter broadcast over the weekend, Moore stated that Gloria Allred’s repeated refusal to immediately release to the custody of an independent examiner the original copy of Nelson’s yearbook proves that “what they have alleged is completely untrue.”

At a press conference in New York, Allred presented a photocopy of the yearbook with an inscription that reads: “To a sweeter more beautiful girl I could not say, ‘Merry Christmas.’ Love, Roy Moore DA, 12-22-77, Olde Hickory House.”

In our interview, Moore specifically pointed to the initials “D.A.” that appear after the signature on the yearbook to further demonstrate that the yearbook inscription and signature represent what he described as a forgery and “complete fabrication.”

Moore spotlighted the initials “D.A.,” linking it to a signature on Nelson’s 1999 divorce document over two decades later. That signature was followed by the initials of his former assistant, Delbra Adams, who only started working for him in 1987.

At the press conference with Allred, Nelson failed to mention the divorce case entirely and that Moore was the judge whose stamped signature appears on her 1999 divorce document. And alongside Moore’s signature are the initials “D.A.” for Delbra Adams, Roy Moore’s former longtime secretary and judicial assistant.

Breitbart News caught up with Adams last week, and she confirmed in an interview that the initials on Nelson’s divorce document were indeed hers. Adams explained it is normal procedure for a clerk or assistant to initial a stamped signature on a legal document to verify that the stamp is authentic.

“In their press statement they said that this Nelson woman had no contact with me” since 1977, Moore said in our radio interview. “But in actuality, we found that she had a divorce case. I signed the document. My secretary stamped the document and then put her initials out on the end of the line.”

Moore continued: “When they forged the name onto this manual, they also included the initials of my receptionist, my secretary. Which were D.A. Delbra Adams. And certainly they forged it and this is a complete fabrication. I did not know Nelson and had never met her and still do not know her.”

Allred and Nelson have claimed that the “D.A.” at the end of the yearbook signature stand for “district attorney” even though at the time Moore was a deputy district attorney.

Last Wednesday, an attorney for Moore sent an official letter giving Allred forty-eight hours to release the yearbook to an independent examiner and to take steps to ensure the “immediate and professional preservation of the yearbook.”

Allred has done a series of news media interviews in which she has made clear her refusal to release the yearbook to any entity other than a Senate committee. This even though Moore is not yet a senator, so such an ethics committee cannot be formed – and despite the yearbook inscription playing a central role in the campaign for a U.S. senate seat.

Allred has further admitted that she had not asked Nelson whether she actually saw Moore sign her yearbook.

Handwriting expert Linda L Mitchell told Breitbart News that “an absolute identification is very difficult without the original document because photographs and photocopies do not provide a three-dimensional view of handwriting, which would include pressure and line quality.”