Swathes of Europe and North America have been hit by blizzards. They’re having snowball fights outside the Colosseum in Rome. Scotland is closed. The sheep outside my garden are buried in white stuff…

So how lucky we are at times like these to have the liberal media explain to us dullards what’s really going on. 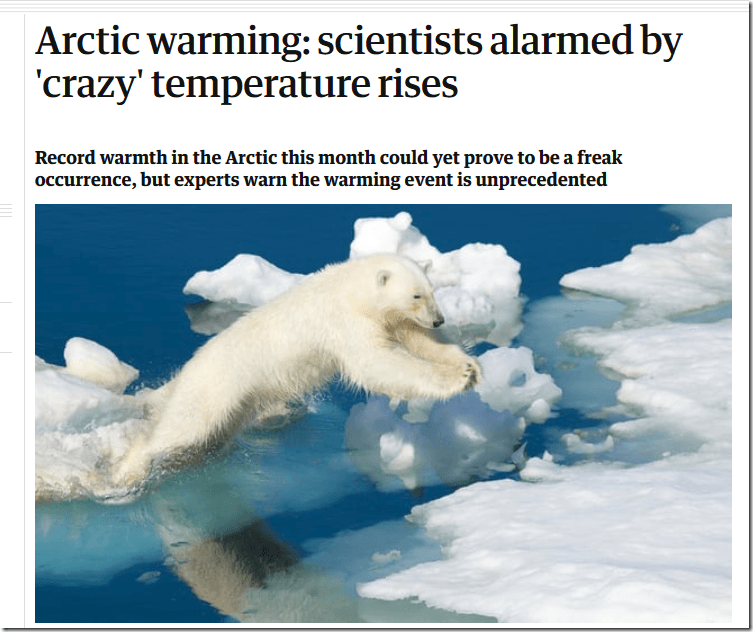 Yes. How could we ever have doubted it? All this freezing weather we’ve been having is, of course, yet another sign that global warming is real. And anyway, we shouldn’t take any notice of all this white stuff that is shutting down schools, making journeys impossible, and generally freezing our asses off. Rather, we should be focusing our attention on what’s happening way to the north where no one actually lives. Apparently.

One of the things that is getting the alarmists in a tizzy this time is this chart, which shows that Arctic temperatures are warmer than usual. 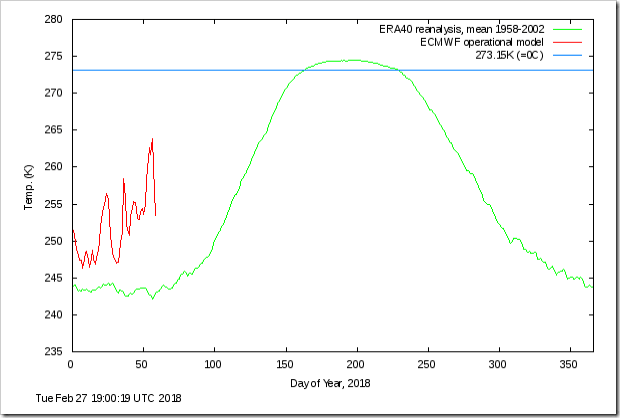 Here is an example of the hysteria it has caused: 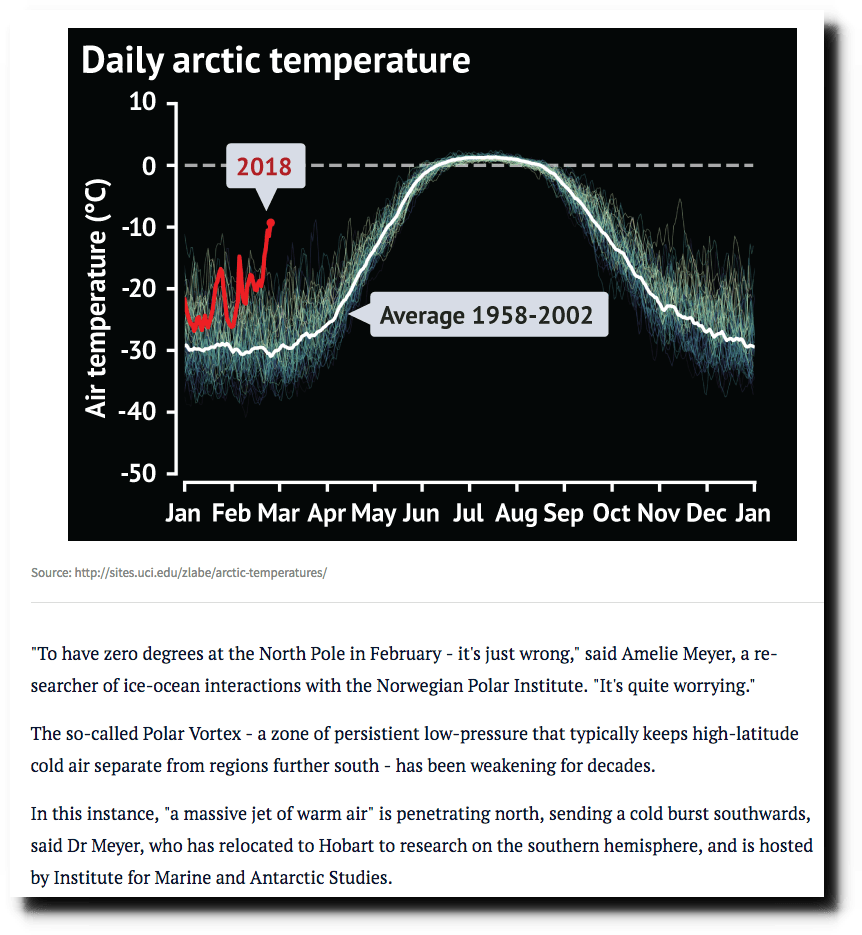 George Monbiot – the chunky-knit Guardian eco-loon whose current ambition is to repopulate Britain with packs of wolves, bears, sea eagles, saber-toothed tigers, allosauruses and suchlike because “rewilding” – thinks that it is such a planetary emergency that it should be on the front of every newspaper not just braindead liberal ones.

Here is one of his recent anguished tweets: 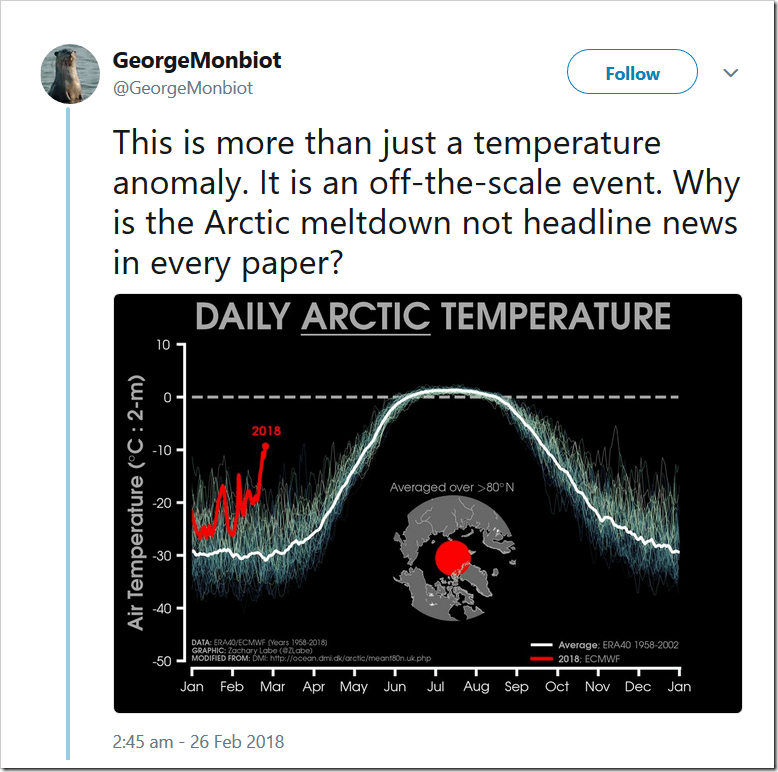 First, there’s nothing unusual about that Arctic temperature spike.

As Paul Homewood shows, something very similar happened in 1976. And the world didn’t end. 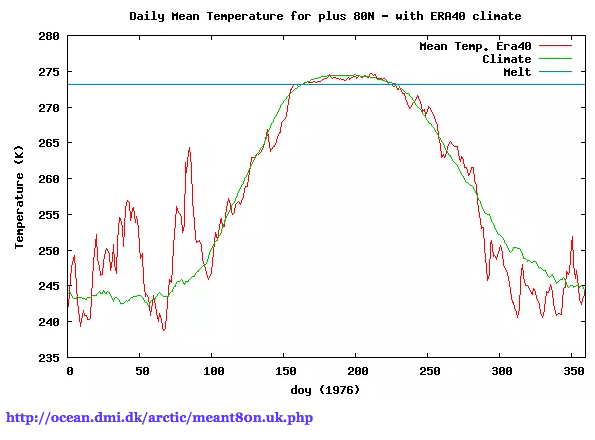 Second, again per Paul Homewood, temperature volatility is quite normal in the Arctic in winter and spring. 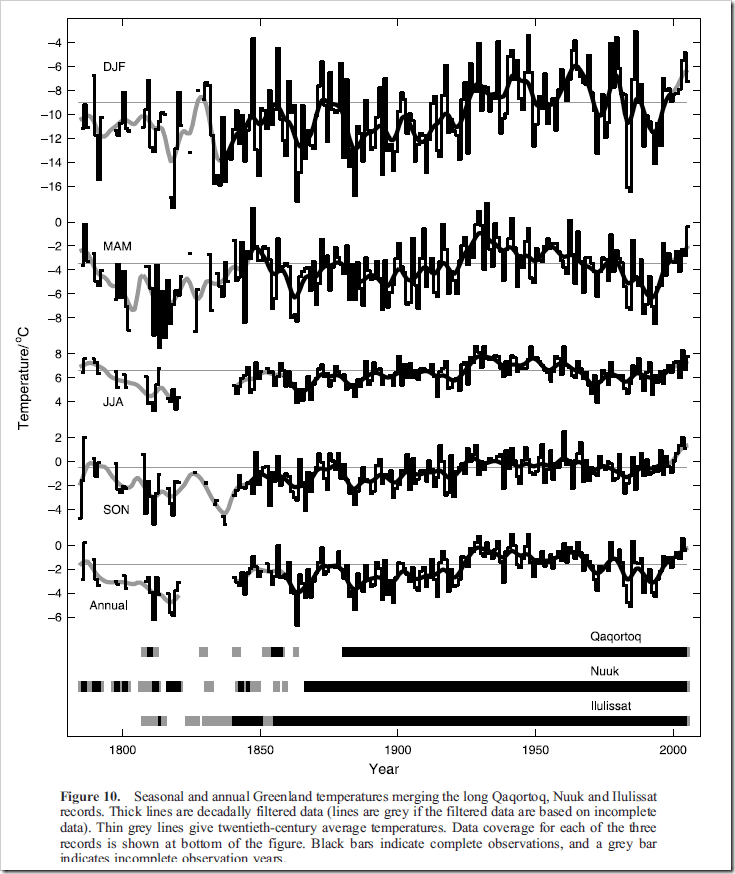 When the jet stream makes large loops in the winter, cold air moves south, and milder air moves moves towards the pole.  Milder winter temperatures near the pole have nothing to do with global warming.

Except, you’ll never guess how all the experts interpreted it on the previous occasion we experienced similar conditions, in the 70s.

Actually, maybe you will: 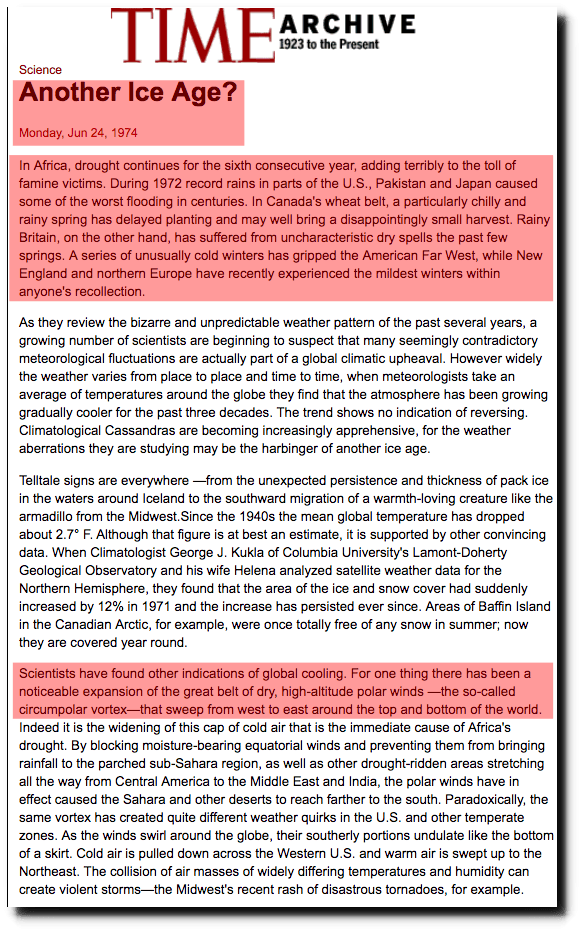