WASHINGTON, DC — Open borders protesters in Washington, DC, laid the defamatory slurs on thick in protest signs attacking President Trump, his administration, and Republicans as racists on the basis of separating minors from adults who illegally cross the U.S. southern border.

One sign depicted the President as Hitler with the words, “History has its eyes on you”: 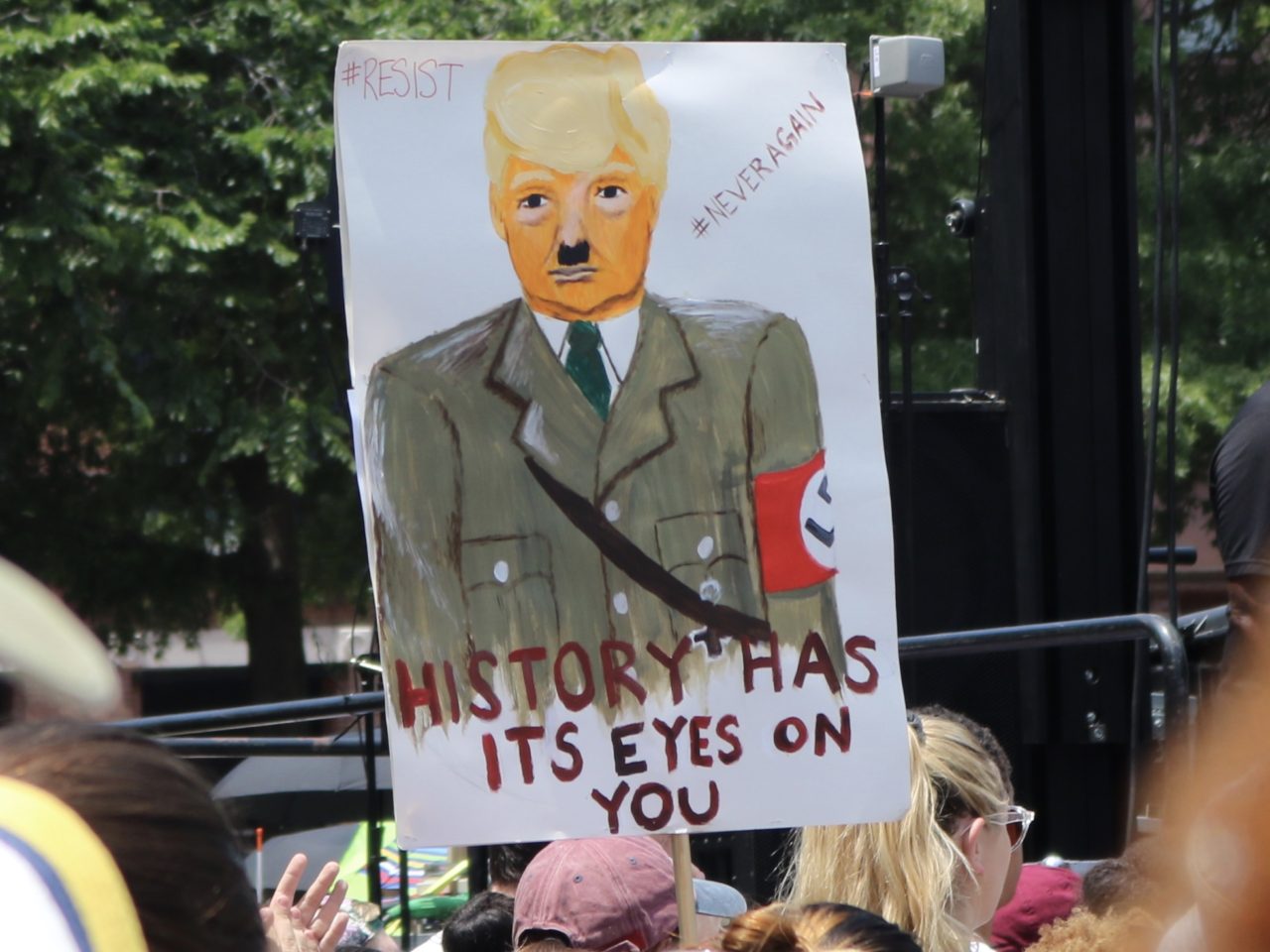 Leftists and Democrats have made smears against Trump related to the Holocaust (Credit: Michelle Moons/Breitbart News)

“This is some Nazi SHIT,” read another: 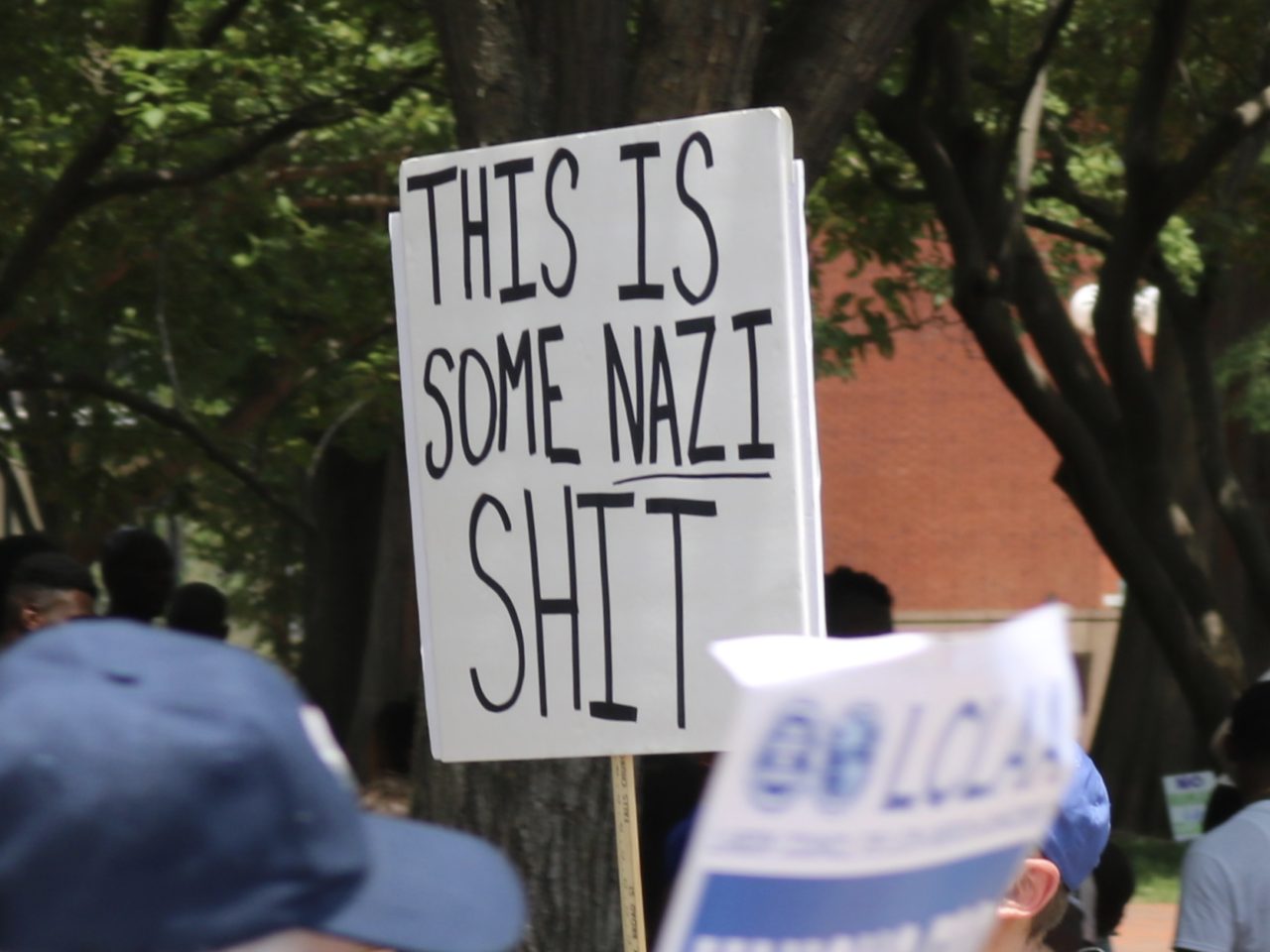 Another sign using the horror of the Holocaust as a slur against the administration (Credit: Michelle Moons/Breitbart News)

One man held a “concentration camps are bad,” sign: 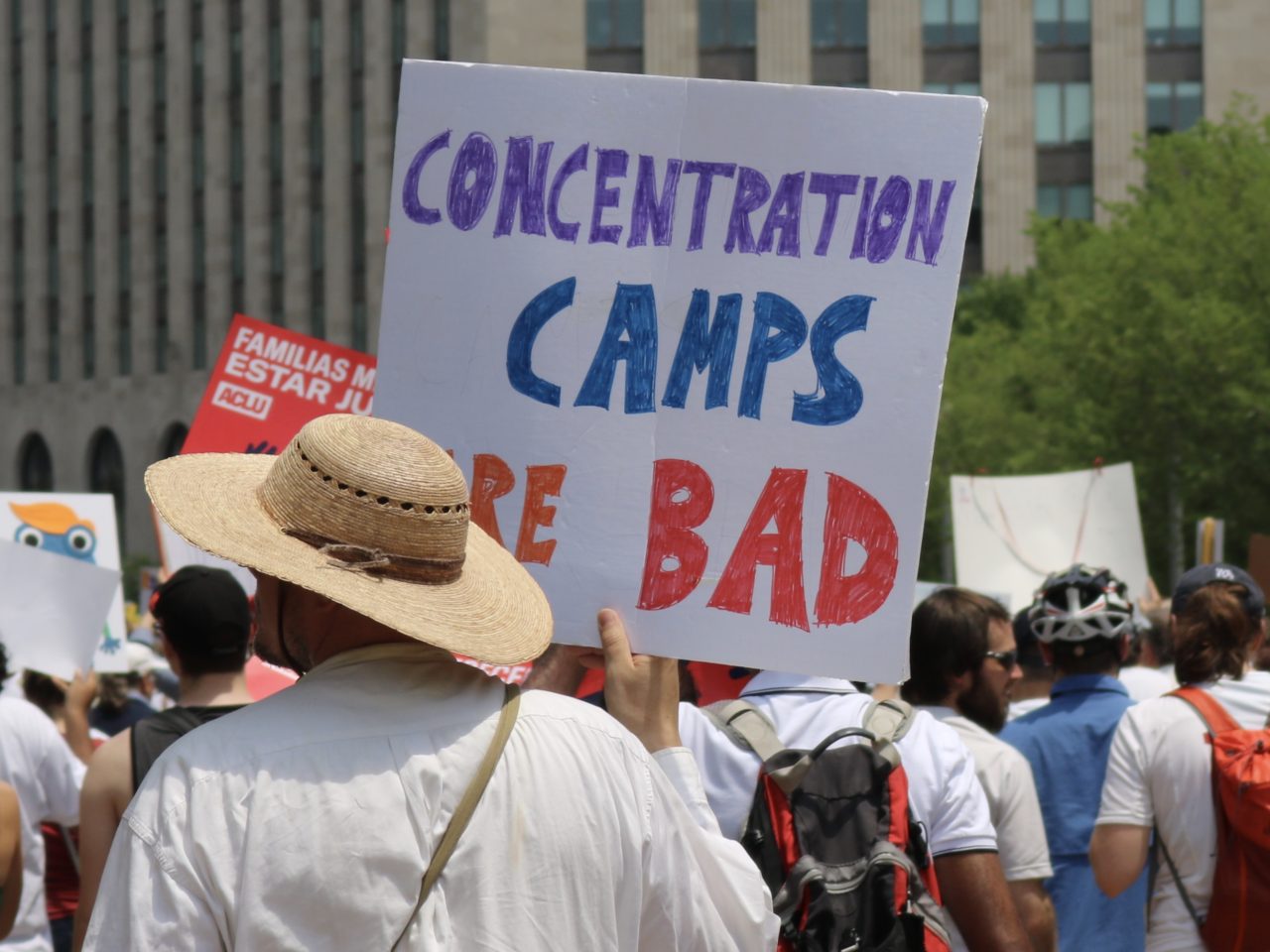 This man carried a sign about concentration camps as he brought up the back end of the protest march (Credit: Michelle Moons/Breitbart News)

“This reboot sucks,” read a sign that displayed the image of a star like ones used to pin on Jews during the Holocaust: 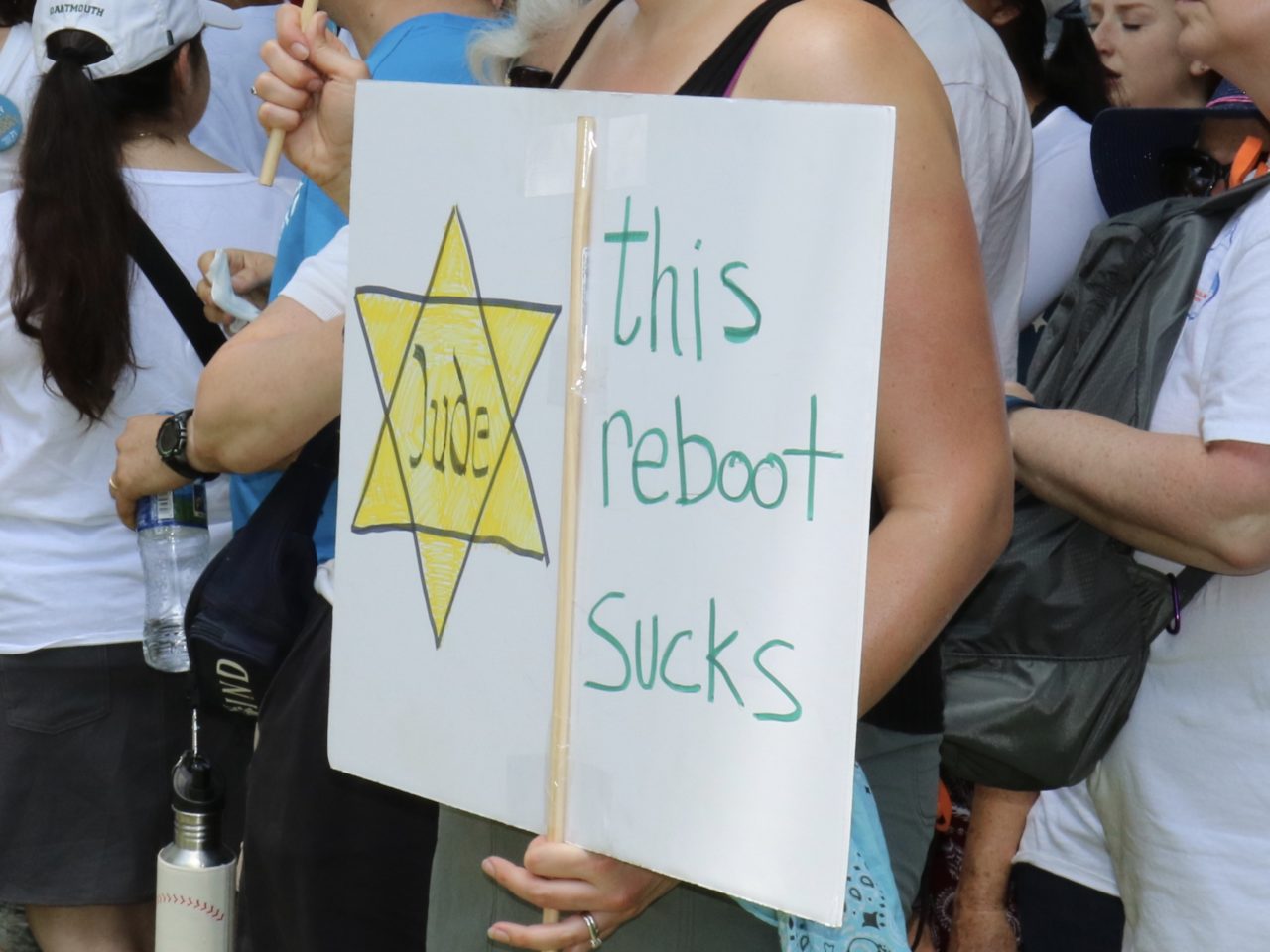 Another sign invoking imagery from the Holocaust to attack the current administration (Credit: Michelle Moons/Breitbart News) 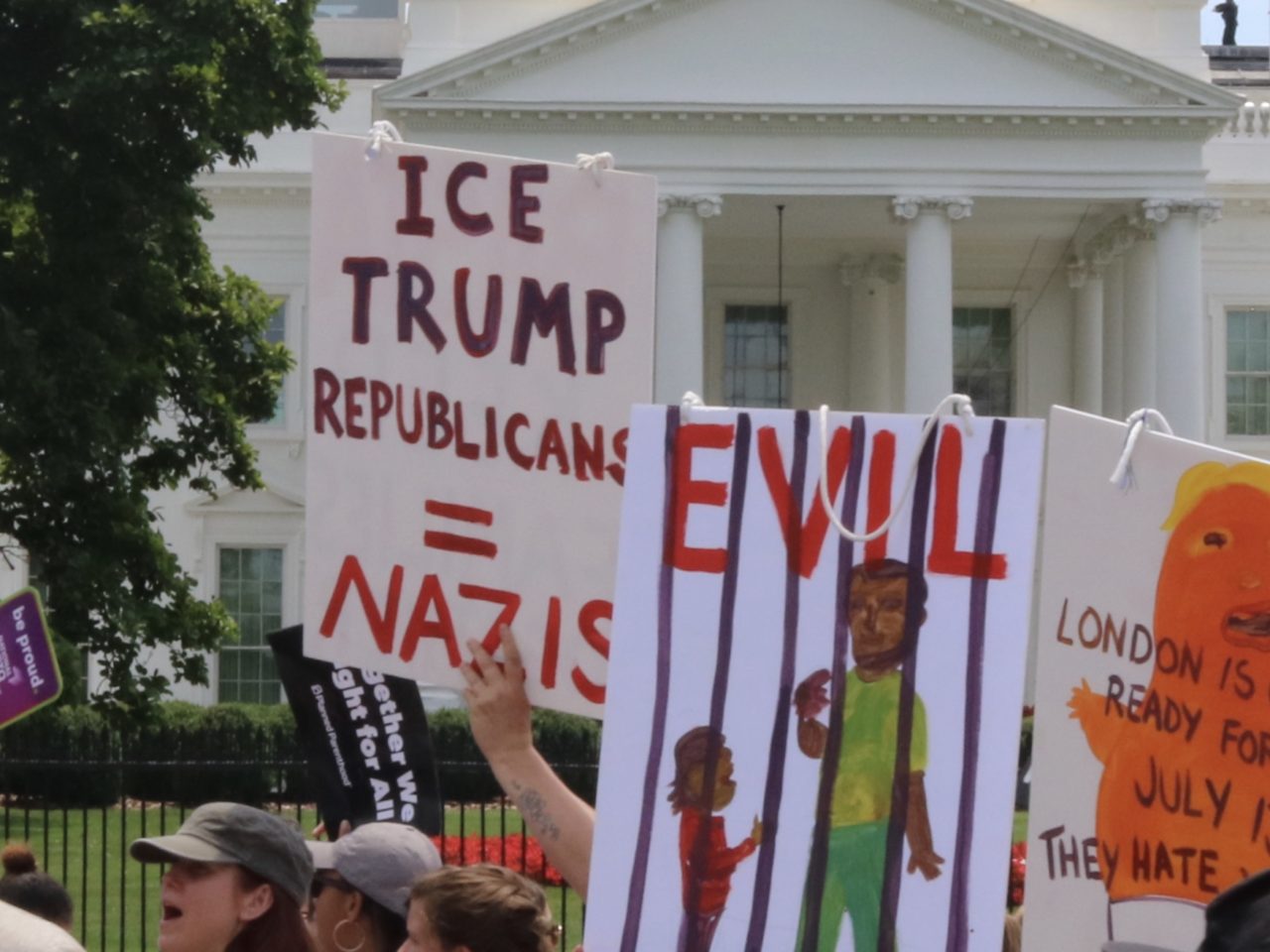 More signs lambasted Trump and others as racists. Many signs suggested deporting “racists” and keeping illegal aliens in the United States. 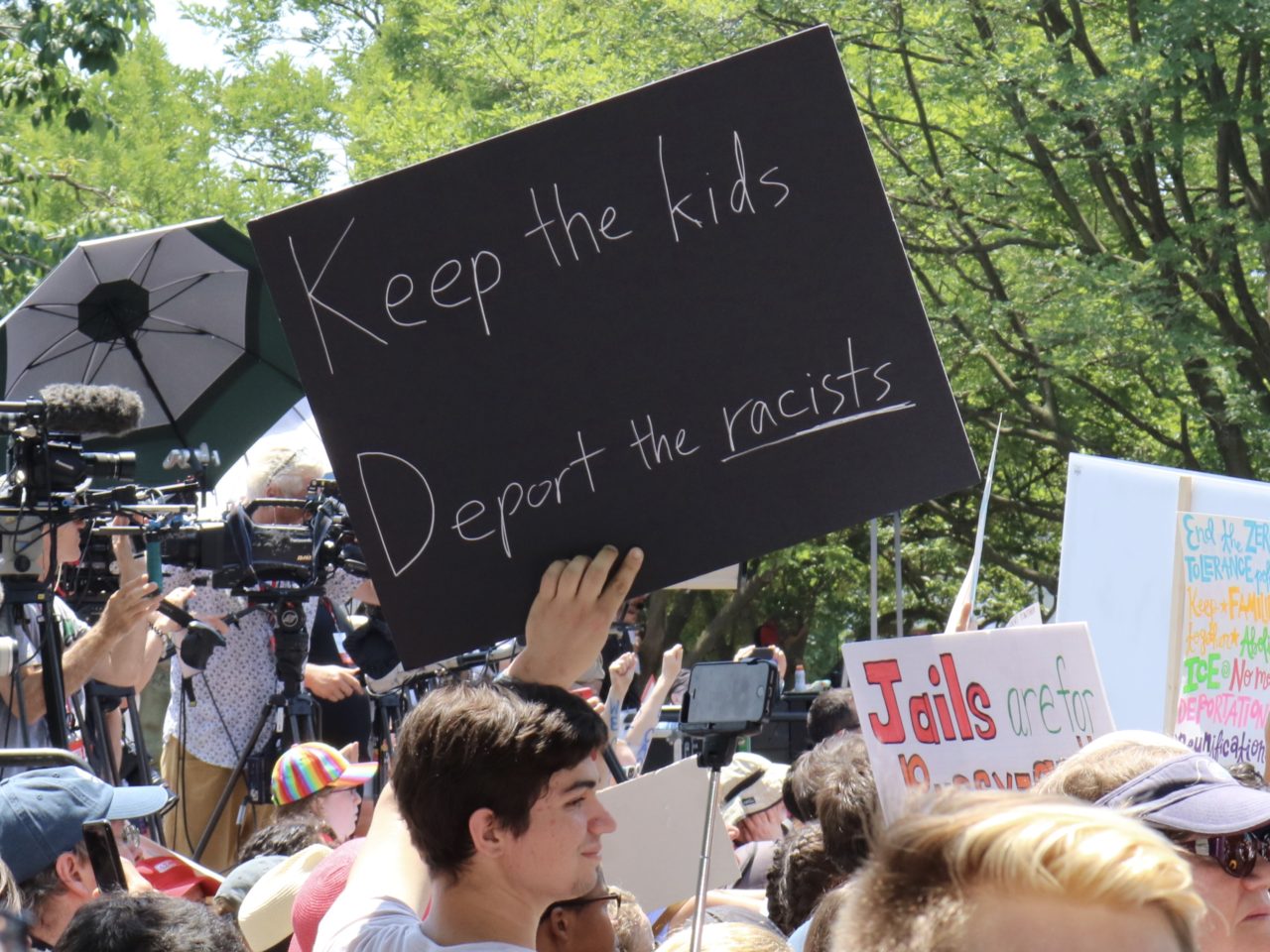 “MAGA Values Fear Bigotry Child Abuse,” read a sign slapped on a puppet-like image of the President on a pole: 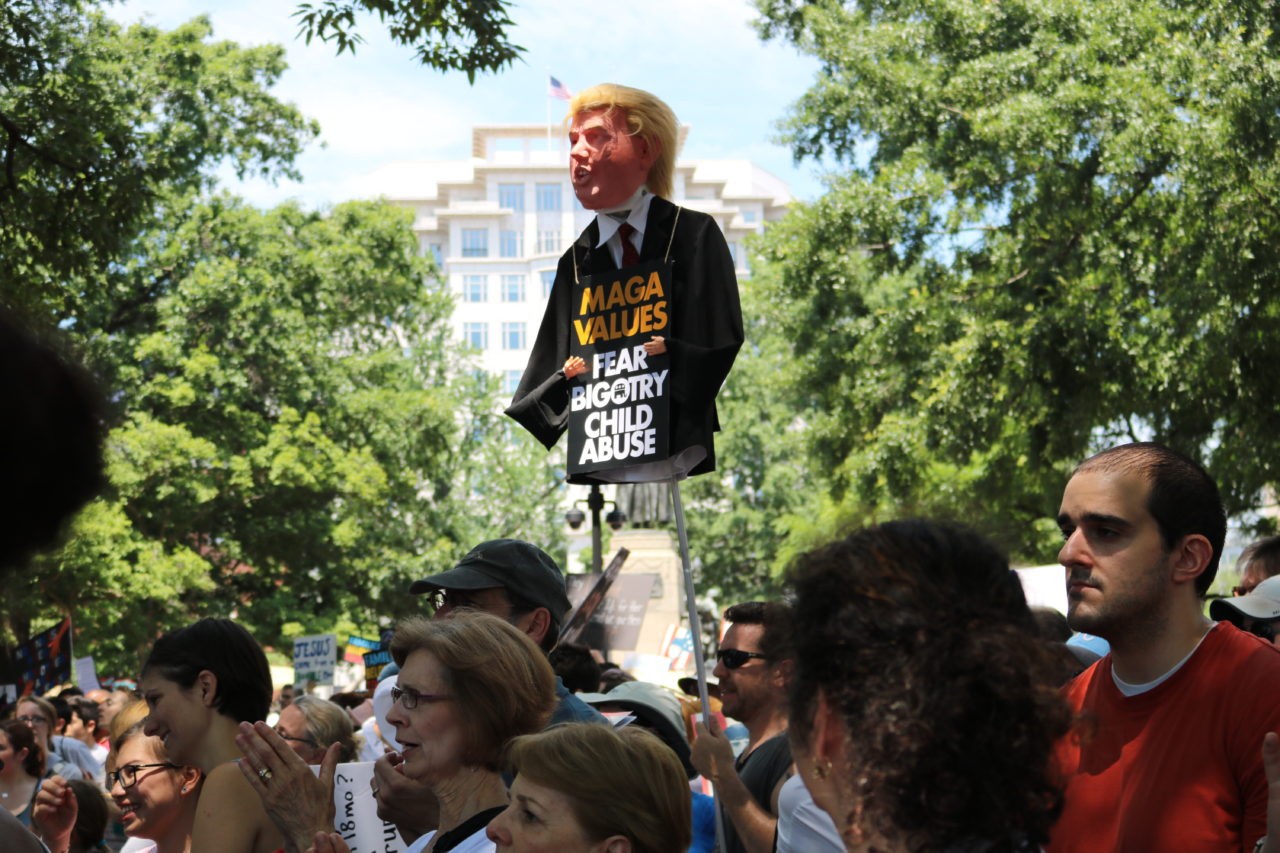 One man held up a sign with photos of past racial segregation in the U.S. with the words, “Don’t be on the wrong side of history again”: 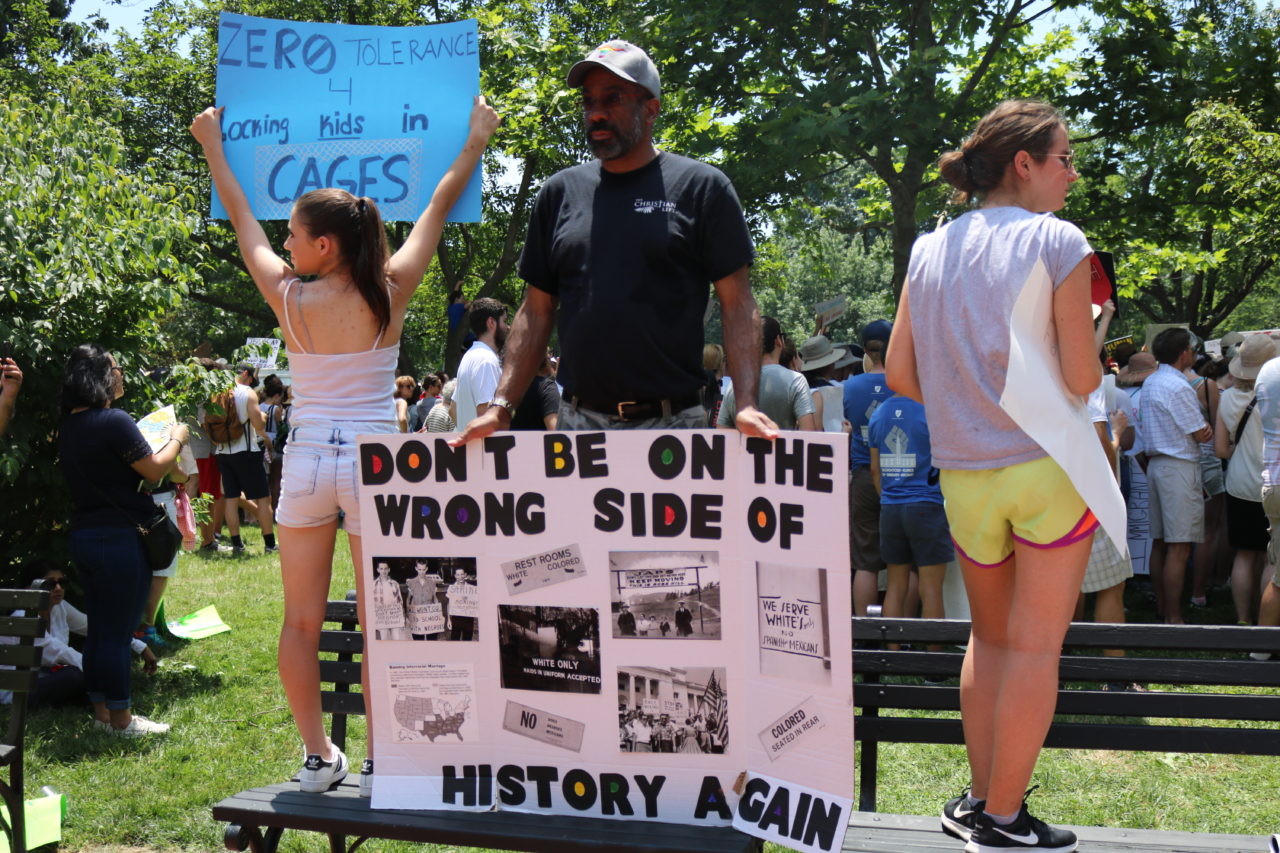 As the final straggling protesters brought up the end of the protest march, two protesters held American flags upside down. 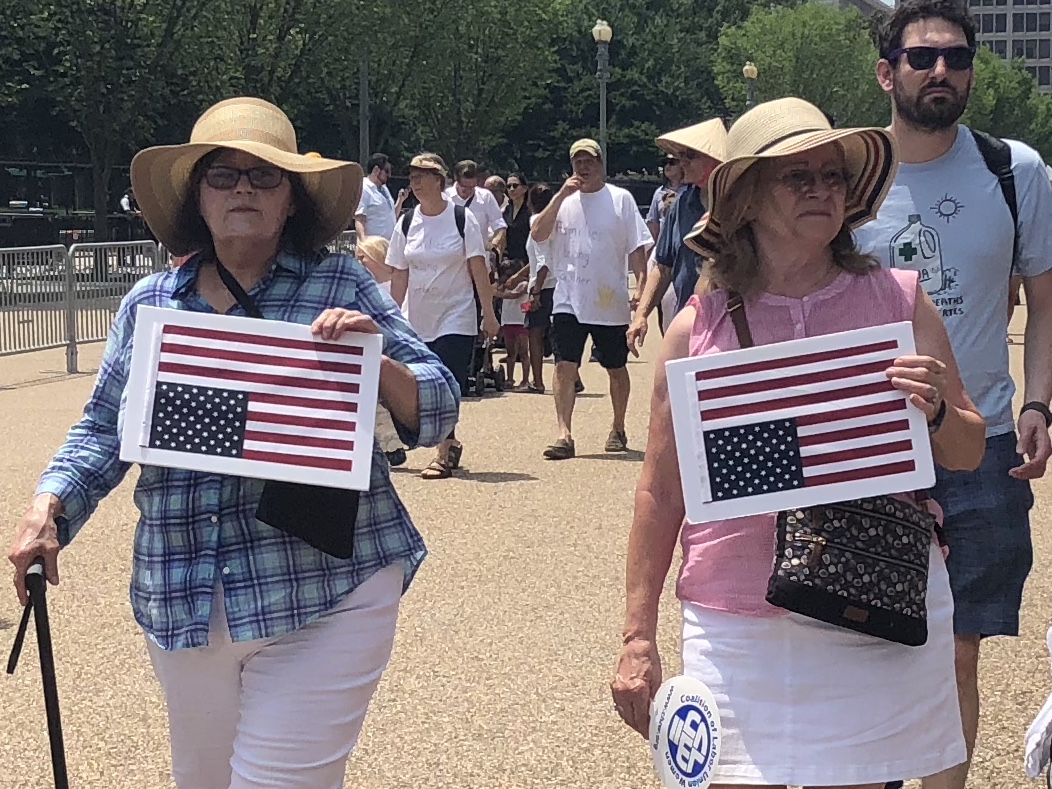 Protesters projected a spirit of fear in their shouts and signs (Credit: Michelle Moons/Breitbart News)

President Trump is the first of several presidents to finally bring about the congressionally approved move of the U.S. embassy in Israel from Tel Aviv to the capital of Jerusalem.

On Holocaust Remembrance Day this year Trump proclaimed that Americans have a “moral obligation to combat anti-Semitism, confront hate and prevent genocide.”