The third annual, anti-President Donald Trump Women’s March took center stage in Washington, DC, on Saturday but another movement was taking shape on the sidelines — the March for ALL Women, a project of the Independent Women’s Forum and Independent Women’s Voice. 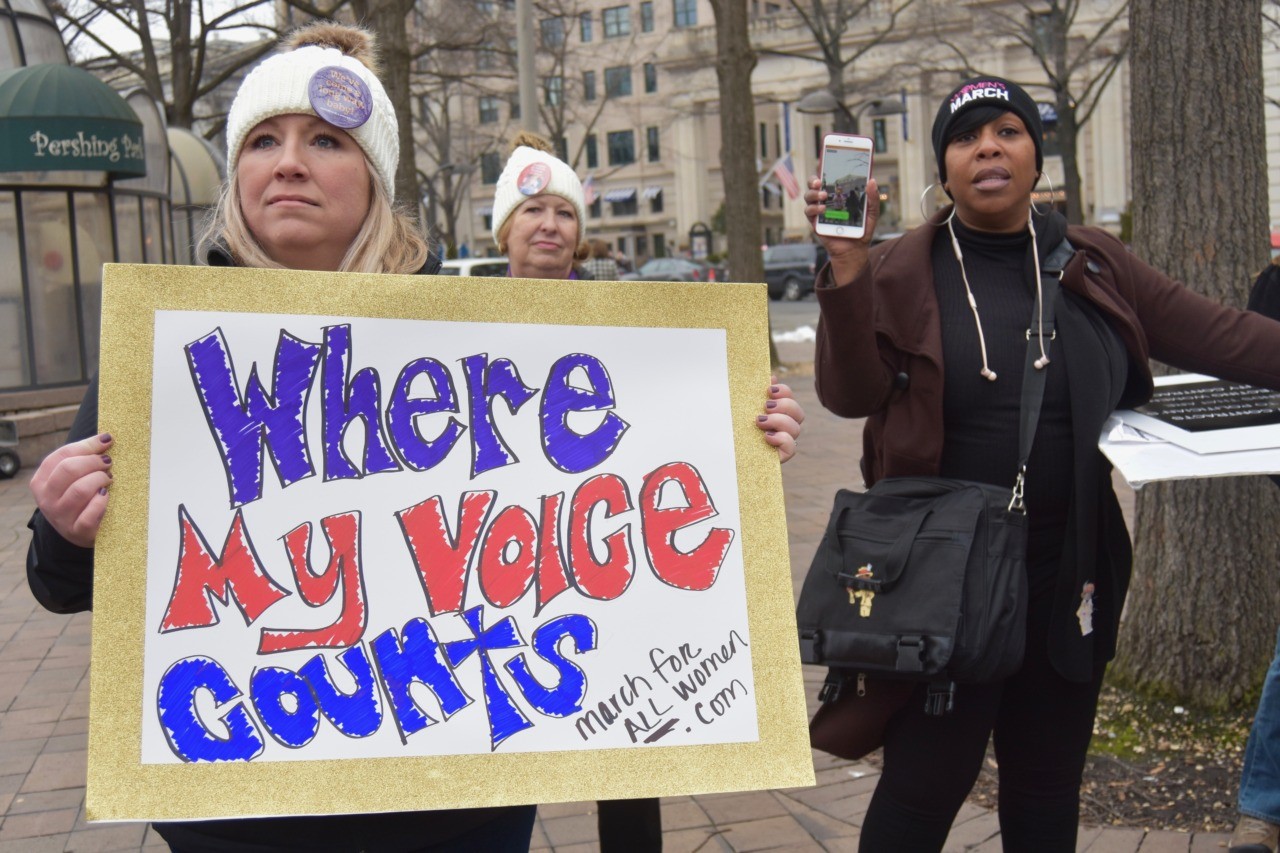 An alternative to the Women’s March took place on Saturday in Washington, DC, to attract women who don’t agree with the march’s leftist, anti-Trump ideology. (Penny Starr/Breitbart News)

“You are representing the over half of the women in this country who feel like what they have seen in the past two years does not represent them,” Patrice Onwuka, a senior policy analyst with the forum said at the event, which took place just a block away from the main march.

Onwuka said this march would “provide an alternative to what we’re seeing today.”

“It’s unfortunate that women from all backgrounds and faiths and beliefs don’t feel like the March for Women is a place where they can be represented,” Onwuka said.

Tammy Bruce, radio host, a political analyst on Fox News, and president of the Independent Women’s Voice, said that women — and men — want to work together to improve their lives.

“This is important because the messaging and what we’ve heard about advocacy for women for the last year has been about dividing us,” Bruce said. “It’s an archaic idea to divide against each other.”

“It was clear the last year that the messaging from the Women’s March was a divisive one,” Bruce said.

What happened when a #WomensMarch(er) stumbled upon our #marchforALLwomen…. “You guys are conservative but you’re really nice and your signs are much better.” ❤️ #Civility #StrongerTogether (📸 @JGunlock) pic.twitter.com/QmgYbabwPe

“I came to send a message at this counter women’s rally to the women’s march that we are not victims,” Rose told Breitbart News.

“We live in one of the most privileged and free societies of all time,” Rose said. “That we have been blessed; that the early women’s movement achieved our political rights — we are equal in dignity to men.” 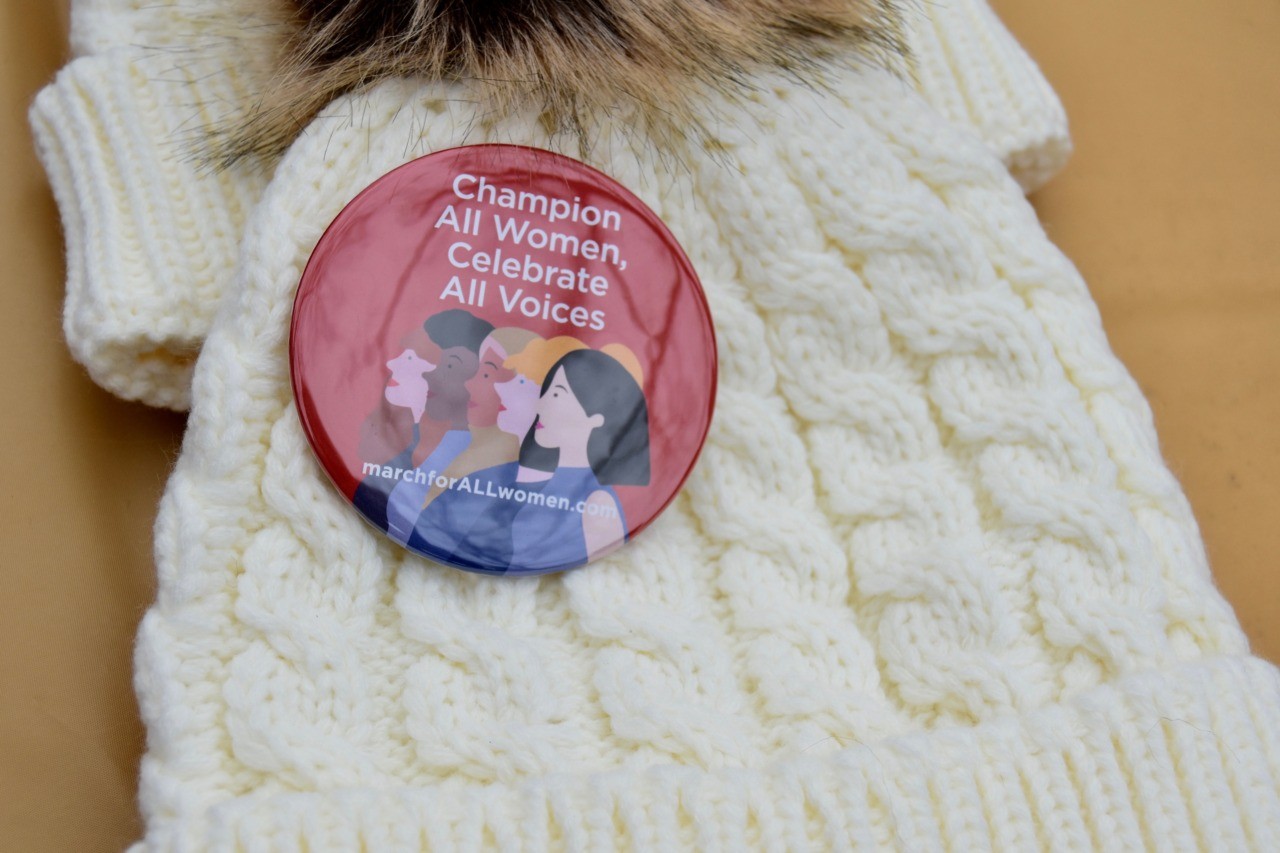 “Join us to stand up for diversity of thought and political ideology—and the freedom to think, feel, live, and vote any way we want,” the IWF website said of the event.

“We’re here to speak up because women should not be hijacked for a political agenda,” the website said. “Women, in all their individual variety, deserve to be heard.”

“You’re not alone if you don’t agree with the leftist activists and their message,” the website said. “We stand with you. Now it’s time your voice is heard.” 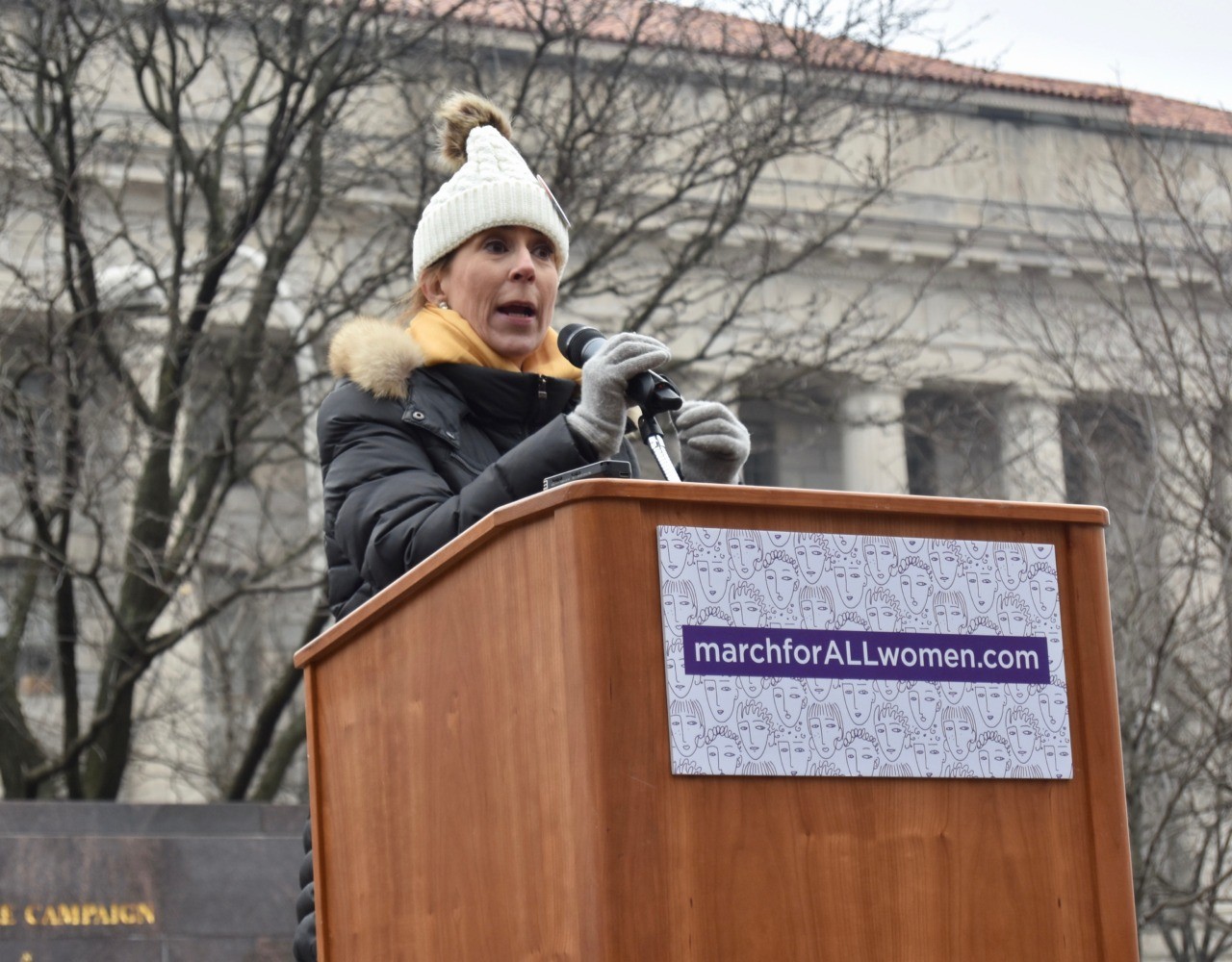 Tammy Bruce, president of the Independent Women’s Voice, spoke at the March for ALL Women on Saturday in Washington, DC. (Penny Starr/Breitbart News)

Bruce told Breitbart News that while the first gathering was small, efforts will continue to build the March for ALL Women.

“This is our core goal,” Bruce said. “To reach out to people who have not felt like they belong in this hyper-partisan environment and get them organized and focused on what they can to do to increase the quality of people’s lives.”