Hundreds of flights from quarantined Italy, due to the rapid outbreak of the coronavirus which began in Wuhan, China, are continuing to the interior of the United States.

In Italy, government officials have implemented a quarantine for the entire country in an effort to contain the coronavirus, as deaths have increased to 463 and the number of cases reaches nearly 9,200. The quarantine includes the heavily-affected Lombardy region that includes three airports in and around Milan.

Flights from these three airports — Milan Linate Airport, Il Caravaggio Orio al Serio International Airport, and Malpensa Airport — are continuing to the U.S. despite the coronavirus quarantine, as well as flights to the U.S. from the Venice, Italy region.

Currently, hundreds of flights from in-or-around Milan to the U.S. remain listed on travel websites like Kayak.com. For the coming week, quarantined Italian residents can book from about 15 to 20 daily roundtrip flights to New York City, New York, from Milan starting at $360. 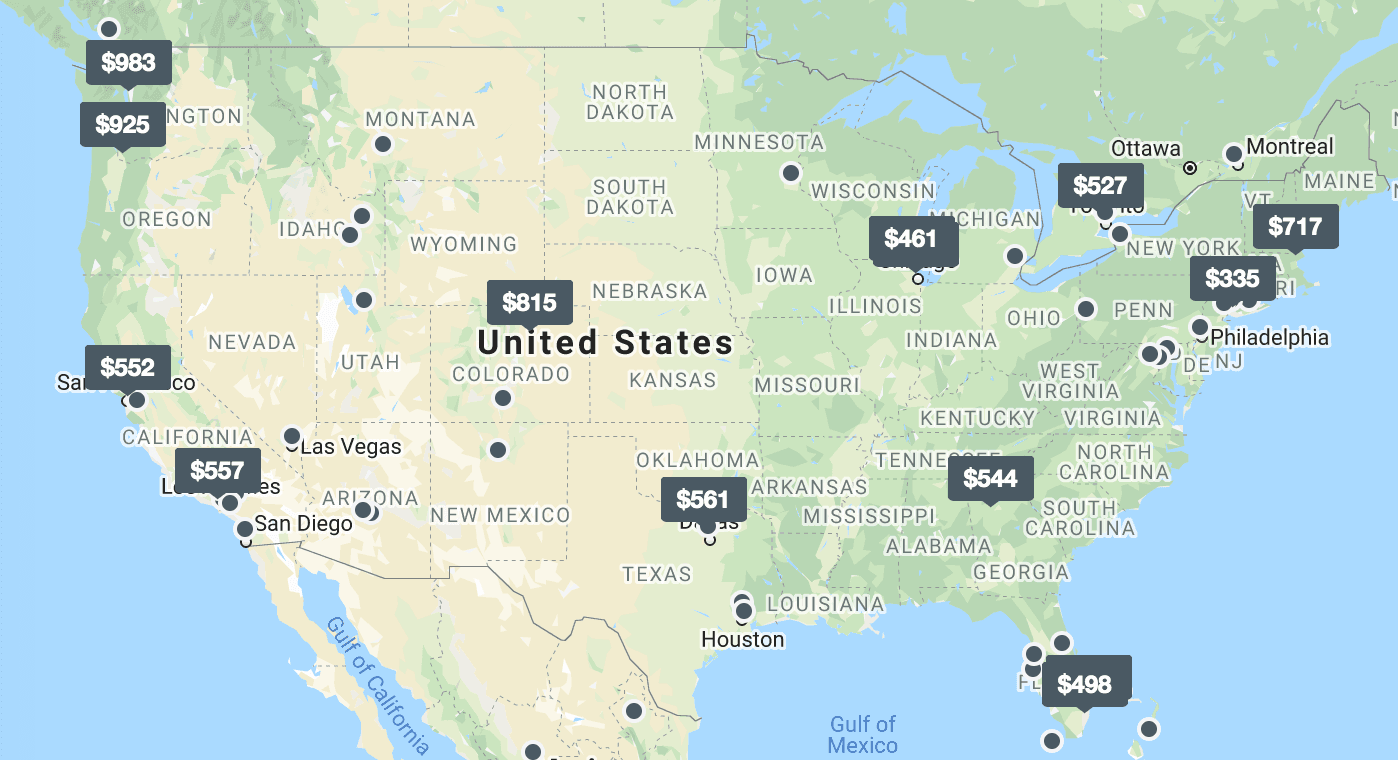 A map on Kayak.com shows flights from coronavirus-quarantined zones in and around Milan, Italy to the United States for this month. (Kayak.com)

Other flights allow quarantined Italian residents to fly roundtrip from Milan to Atlanta, Georgia, for as cheap as $580. Tickets for these flights range as high as $745 with layovers in Rome, Italy, and Paris, France.

Daily flights from South Korea to the U.S. are also continuing with little-to-no changes.

For instance, travelers arriving in the U.S. from Seoul, South Korea, can book a roundtrip flight this month to Denver, Colorado, for less than $1,000. South Korean travelers can also book trips to major U.S. cities like Seattle, Washington; San Francisco, California; Minneapolis, Minnesota; and Boston, Massachusetts. 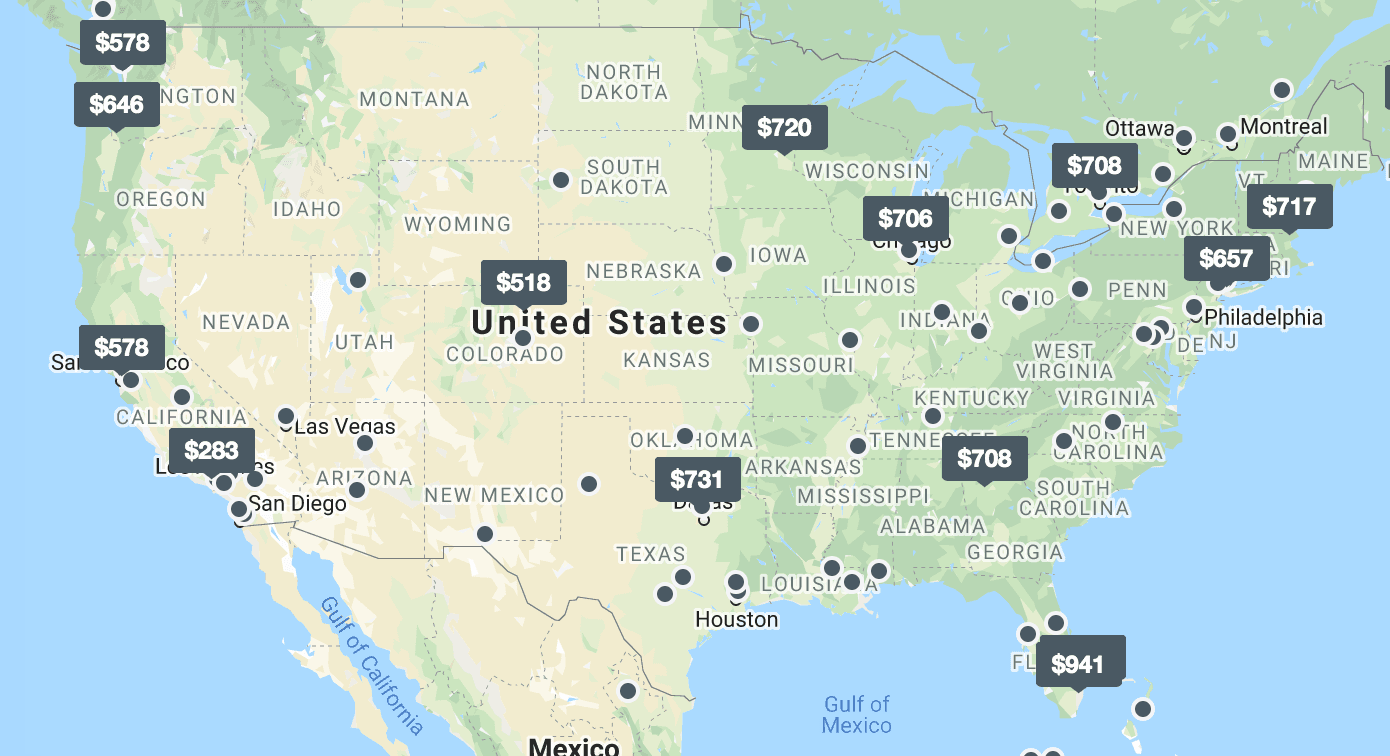 A map on Kayak.com shows daily flights from South Korea to the United States. The flights have continued despite an outbreak of the coronavirus in South Korea with nearly 7,500 cases and 53 deaths. (Kayak.com)

The daily flights to the U.S. from coronavirus-affected Italy and South Korea come as the State Department has yet to issue travel bans for either of the countries. The only travel bans implemented thus far have been for residents and recent visitors of China and Iran.

As Breitbart News reported, Hartsfield-Jackson Atlanta International Airport officials confirmed that travelers from Italy and South Korea are not being medically screened once they have arrived in the U.S., but rather they are screened before boarding their flights overseas.

To date, there are nearly 600 confirmed cases of the coronavirus in the U.S. and a total of 22 deaths. This makes the U.S. one of the top ten most coronavirus-affected nations in the world alongside France, Japan, Spain, Switzerland, and Germany.