President Trump’s economic nationalist agenda, centered on the needs of working and middle class Americans, helped surge support for his campaign in the presidential election in immigrant neighborhoods across the United States.

A New York Times analysis of voting patterns in 28,000 precincts, across more than 20 cities, reveals that Trump’s populist-nationalist message brought over huge swaths of immigrants this election compared to the 2016 presidential election.

While the majority of foreign-born voters continue to be a boon to Democrats, Trump ushered in rightward shifts in the electorate in cities like Chicago, Illinois, New York City, New York, Los Angeles, California, and across Florida and Texas.

In 5,700 precincts, where the Hispanic and Asian population is 65 percent or more of the electorate, Trump increased his share of the vote by a 13-point average.

“In general, it suggests that Democrats’ theory of the case — that their electoral problems were all about race rather than class — was incorrect,” Ruy Teixeira of the Center for American Progress told the Times, suggesting that the Democrat Party made a mistake in its insistence to prioritize issues concerning Black Lives Matter while tens of millions of Americans have gone unemployed this year. 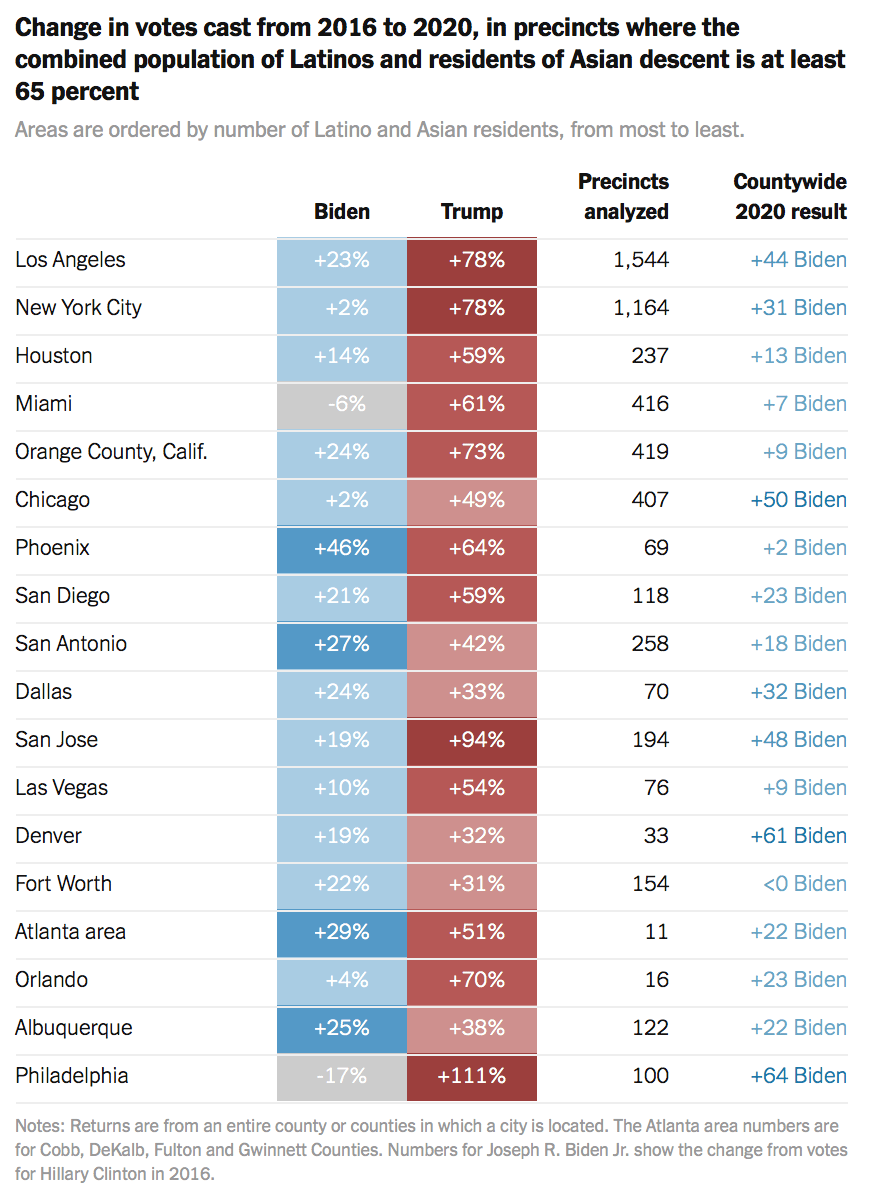 Likewise, Trump increased his support in Texas and mostly in immigrant neighborhoods sitting on the U.S.-Mexico border. In precincts where 80 percent of the electorate is Hispanic, Trump was able to pick off about 17 points on average from Democrats. 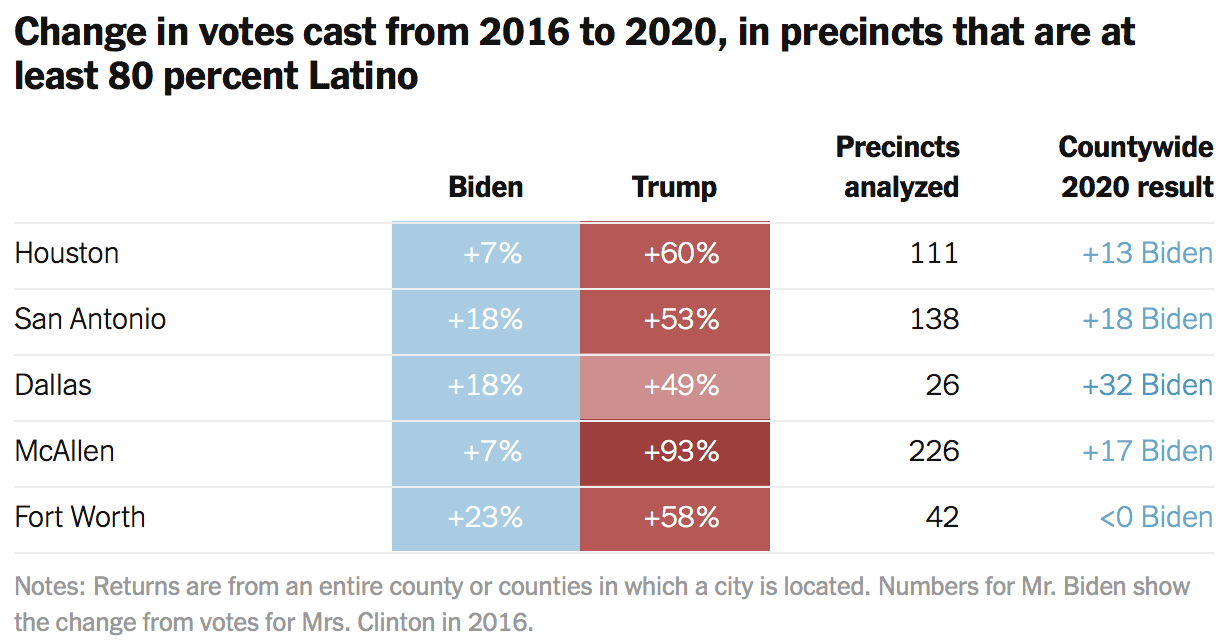 As Breitbart News has noted, election analysis has previously found that Trump’s anti-globalization, pro-police message on the campaign trail this year won over Hispanic Americans.

Though gaining with immigrants, the uptick in support was not enough to override Biden’s margins with foreign-born voters. The nation’s rapidly changing electorate, spurred nearly entirely by immigration, has been a reckoning for Republicans.

In the 2020 election, about one-in-ten U.S. voters were born outside the country. Likewise, Hispanic Americans have outpaced black Americans as the largest voting minority group.

These realities are coming to a head in Georgia where Senators Kelly Loeffler (R-GA) and David Perdue (R-GA) are facing fierce challenges from Democrats Raphael Warnock and Jon Ossoff. Democrat activists are relying on the results of decades-long immigration to Georgia, which has rapidly shifted the state’s electorate toward Democrats, to help them win the runoff election on January 5.