There are currently no nationwide demographic trends that “favor Republicans” in future elections, Axios reports.

The nation’s shifting demography — spurred primarily from mass legal immigration where more than 1.2 million foreign nationals are added to the U.S. population every year — is set to make it increasingly difficult for Republican candidates to win statewide and national elections, Axios’s Jim VandeHei and Mike Allen note:

The numbers simply do not lie. America, as a whole, and swing states, in particular, are growing more diverse, more quickly. There is no way Republicans can change birth rates or curb this trend — and there’s not a single demographic megatrend that favors Republicans. [Emphasis added]

As Breitbart News has chronicled, the foreign-born voting population is expected to make up about ten percent of the entire American electorate by the 2020 presidential election — meaning that about one-in-ten voters will have been born outside the U.S. 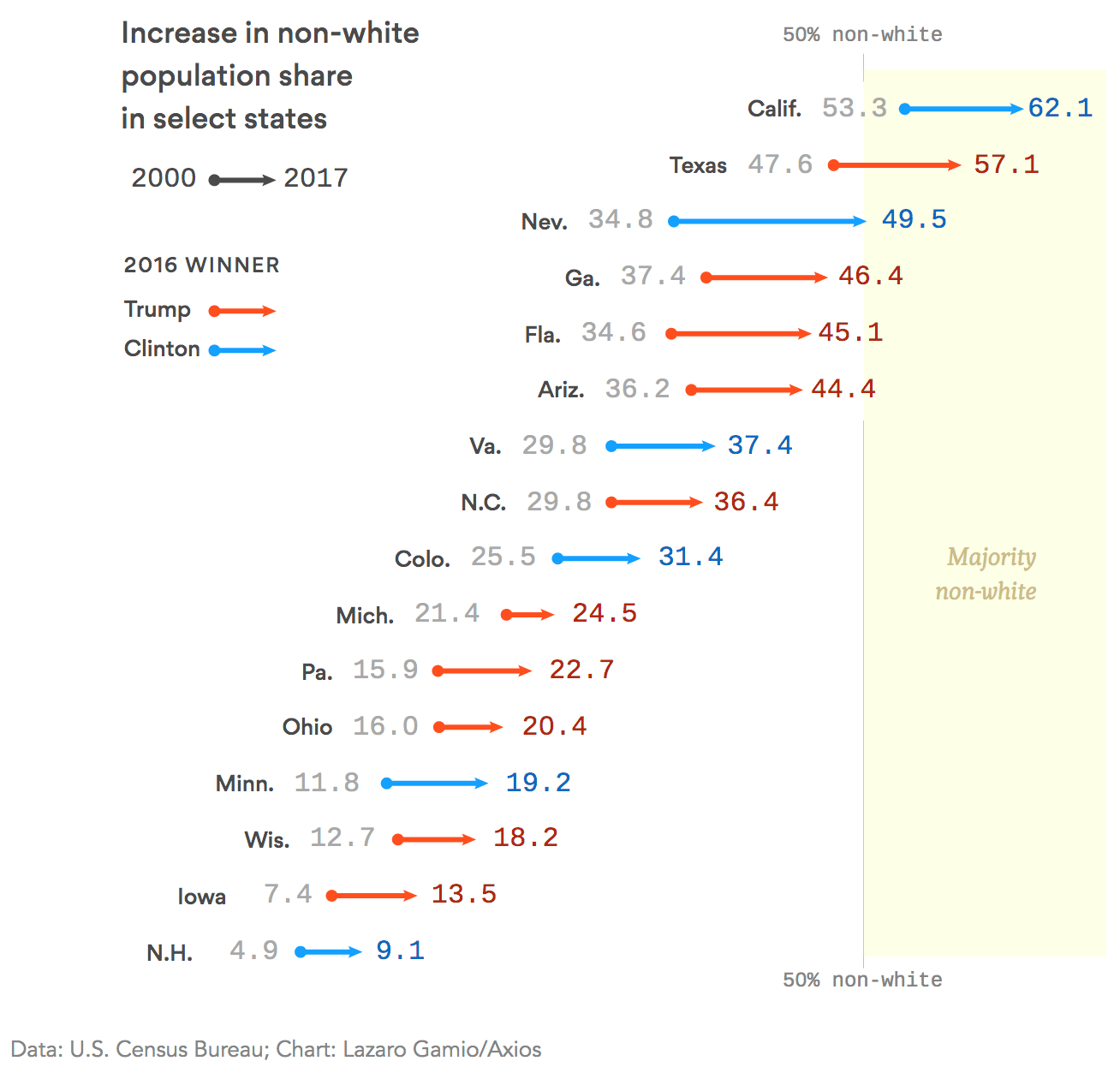 The country’s legal immigration levels, which have floated around 800,000 to 1.5 million admissions a year for the last three decades, have increased the Hispanic voting population to an unprecedented level. For the first time in American history, Hispanic Americans will be the largest voting minority in a national election in 2020, outpacing black Americans.

Democrats are set to dominate electorally as a benefit from steady, record-high legal immigration levels. Analysis by The Atlantic senior editor Ronald Brownstein revealed that nearly 90 percent of House congressional districts with a foreign-born population above the national average were won by Democrats.

This means that every congressional district with a foreign-born population exceeding roughly 14 percent had a 90 percent chance of being controlled by Democrats and only a ten percent chance of electing a Republican.

The 2016 presidential election between then-candidate Donald Trump and Hillary Clinton underscored this trend.

Nearly 80 percent of all legal immigration to the U.S. is through chain migration, where newly naturalized citizens can bring an unlimited number of foreign relatives to the country. In 2017, the foreign-born population reached a record high of 44.5 million.