An illegal alien on trial for allegedly murdering 20-year-old University of Iowa student Mollie Tibbetts in July 2018 is accused of stabbing the young woman potentially 12 times.

In August 2018, Cristhian Bahena Rivera, a 25-year-old illegal alien from Mexico, was charged with the murder of Mollie Tibbetts after police said he admitted to confronting and chasing her down.

Following a nationwide search, Tibbetts’ body was found in a cornfield in Poweshiek County, Iowa. The illegal alien lived in a region of Iowa surrounded by sanctuary cities, Breitbart News reported. He worked on a dairy farm using a stolen ID and Social Security card after crossing the U.S.-Mexico border at 17-years-old.

On the final day of the prosecution’s case, the medical examiner who reviewed Tibbetts’ body after it was recovered from the cornfield by investigators detailed to the jury the multiple stab wounds found on her skull, neck, torso, and hand.

In addition to Tibbetts’ remains, the jury was shown photos of her pink sports bra which she was wearing at the time of her abduction, murder, and which was found still on her when investigators identified her body. 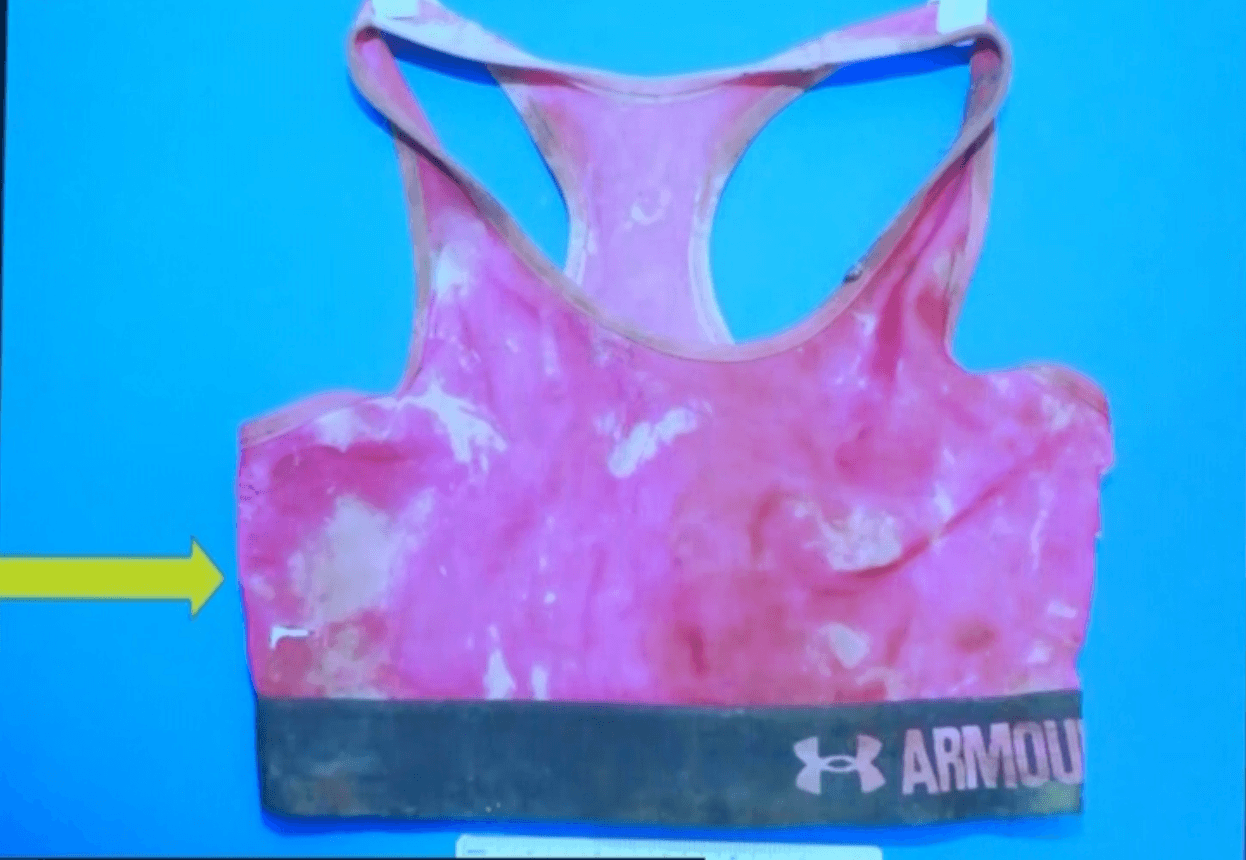 Monday’s testimony by witnesses wrapped up the prosecution’s case. Bahena Rivera’s defense team is expected to give their opening statements on Tuesday before calling witnesses.

In detailed testimony by the bilingual investigator whom Bahena Rivera allegedly confessed murdering Tibbetts to, the jury was told portions of the transcripts. In those transcripts, Bahena Rivera said he saw Tibbetts jogging, chased her down, blacked out, then remembered driving with her body in the trunk of his car before dumping her in a cornfield.

Bahena Rivera led investigators to Tibbetts’ body in the cornfield, a point the prosecution continuously noted throughout their case.

Cross-examinations by the Bahena Rivera’s defense team hinted that they will seemingly point a finger at Tibbetts’ then-boyfriend, Dalton Jack. On the first day of the trial, the defense questioned Jack about his whereabouts, his cheating on Tibbetts, and his fights with Tibbetts.

Bahena Rivera allegedly stabbed Tibbetts to death, dumped her body in a cornfield, and placed corn stalks over her to prevent law enforcement from finding her. The illegal alien has been held on a $5 million bond.