A group of House Democrats says it will be “morally reprehensible” and “a grave disappointment” if Vice President Kamala Harris does not ram through an amnesty for illegal aliens via the filibuster-proof budget reconciliation process against the will of the Senate Parliamentarian.

For months, Senate Democrats have sought to slip an amnesty for illegal aliens into their $3.5 trillion reconciliation package. Two specific amnesty plans brought to Senate Parliamentarian Elizabeth MacDonough were rejected.

Now, Senate Democrats are working on a third amnesty plan to bring to MacDonough for approval — one that would allow most of the 11 million to 22 million illegal aliens to remain in the United States by providing them with some form of parole status.

In an op-ed, Reps. Adriano Espaillat (D-NY), Jesus Garcia (D-IL), and Lou Correa (D-CA) wrote that it is up to Harris to bypass MacDonough and ensure an expansive amnesty for millions of illegal aliens remains in the reconciliation package. 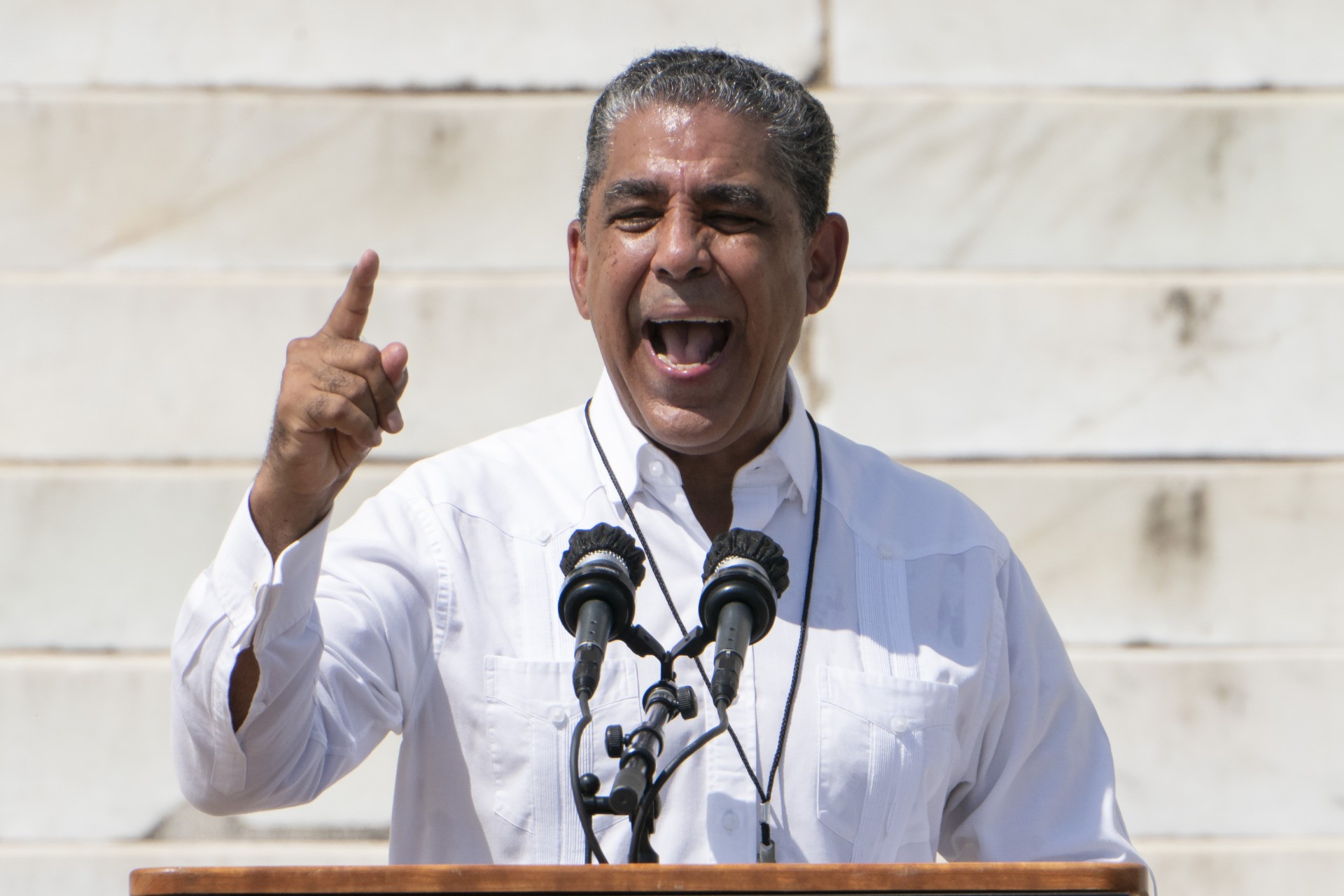 Rep. Adriano Espaillat, D-N.Y., speaks during the “Commitment March: Get Your Knee Off Our Necks” protest against racism and police brutality, on August 28, 2020, in Washington, DC. (JACQUELYN MARTIN/POOL/AFP via Getty Images)

“With a $3.5 trillion dollar human infrastructure package in the pipeline it would be morally reprehensible, fiscally irresponsible and a grave disappointment to every single undocumented immigrant in this country for this Congress to once again leave our most vulnerable immigrant communities behind — and we simply won’t stand for it,” the House Democrats wrote:

Unfortunately, as we’ve seen in recent weeks, the Senate parliamentarian — an unelected advisor to the United States Senate on the interpretation of the chamber’s rules and parliamentary procedure — has twice provided opinions that have thrown a wrench into our efforts to enact meaningful immigration reform through the budget reconciliation process. [Emphasis added]

This is a historic opportunity — for us to bring back compassion and dignity to our immigration system, and one that we need to seize. That’s why we will vote down any budget reconciliation deal that does not include some form of commonsense immigration reform — period. This moment also calls for bold action, which is why we call on Vice President Harris, as presiding officer of the Senate, to dismiss the Senate parliamentarian’s opinion and not only do what is right for 8 million immigrants, but also recognize the budgetary effect of such a determination. [Emphasis added]

Pressure on Harris to get an amnesty through the Senate has been building for weeks now.

Last week, for instance, a number of open borders lobbying groups protested outside the White House demanding action from Harris. Likewise, many of those groups wrote Harris a letter stating that she, alone, could get the amnesty through the Senate via reconciliation.

“Despite the repeated, unfortunate, and misguided advice of the Senate Parliamentarian … it is ultimately up to you to decide whether to take action to make a pathway to citizenship possible,” the groups wrote to Harris.

Afterward, almost 100 law professors from a number of the nation’s most elite universities and colleges wrote to Harris, urging her that it is within her powers as the presiding officer of the Senate to ram the amnesty through.

“As past Parliamentarians have emphasized, the ultimate decision on a point of order lies with the Presiding Officer, subject to appeal to the full Senate,” the professors wrote.

Even if Harris were to overrule the MacDonough and slip the amnesty into a reconciliation package, she would have to get a number of Senate Democrats on board who are facing re-election in swing states and red states — including Sens. Kyrsten Sinema (D-AZ), Joe Manchin (D-WV), Raphael Warnock (D-GA), and Catherine Cortez Masto (D-NV).

An amnesty would immediately flood the U.S. labor market with millions of newly legalized foreign workers who would be allowed to compete for working and middle class jobs against millions of jobless Americans. In addition, those newly legalized foreign workers would be able to eventually use the nation’s “chain migration” system to bring to the U.S. an unlimited number of foreign relatives.