An analysis from a Los Angeles Times project to track national opinion surveys on the popularity of Vice President Kamala Harris reveals she is less popular than President Joe Biden and her last four predecessors.

As of Oct. 26, 42 percent of registered voters had a favorable opinion of Harris and 51 percent had an unfavorable opinion — a net rating of -9 percentage points, according to a Times average.

And Harris is more unpopular after less than a year in office than four of her predecessors — Mike Pence, Biden, Dick Cheney, and Al Gore.

“That puts Harris’s rating under Biden’s by -4 percentage points,” according to the Times.

The Times tries to blame others for the decline, including an interview with NBC’s Lester Holt where Harris was pressed about not visiting the border where hundreds of thousands of illegal aliens have come over the U.S. southern border with Mexico since the 2020 election. 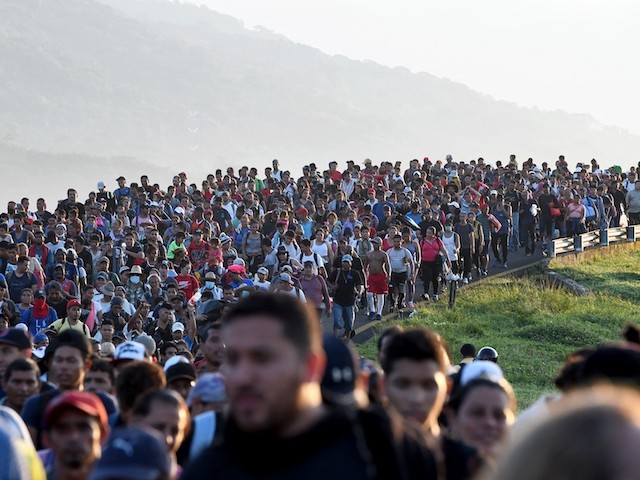 Migrants in a caravan to the U.S. walk towards Mexico City to request asylum and refugee status, Huixtla, Mexico, October 27, 2021. (Isaac Guzman/AFP via Getty Images)

The Times also tries to tie Harris’s low numbers to sexism by claiming, like other female politicians, she is the target of online abuse.

“As Harris’ stature has increased, so has the volume of sexist, violent and misogynistic attacks against her on social media, with researchers finding hundreds of thousands of examples,” the Times reported.