President Joe Biden’s Energy Secretary Jennifer Granholm told reporters on Thursday that drivers will have to pay at least four dollars a gallon for the foreseeable future.

“The price of gas is likely to remain above $4 per gallon,” she said, based on data from the Department of Energy.

Granholm has said in the past that high gas prices will encourage people to buy more expensive, fuel-efficient vehicles.

Biden Energy Secretary Jennifer Granholm: "The price of gas is likely to remain above $4/gallon." pic.twitter.com/cA4lOkj9ka

In the past two days, gas prices have climbed nine cents to $4.715, according to AAA data on Thursday. A total of 18 states are hovering around $5 per gallon. JPMorgan Chase on May 18 raised concerns that the national average price of gas could increase to $6 per gallon. California has already exceeded $6.

Commerce Secretary Gina Raimondo was also questioned about Biden’s high gas prices. When asked when gas prices may come down to pre-Biden administration levels, Raimondo replied she did not know.

“No one has a crystal ball,” she said.

Biden Commerce Secretary Gina Raimondo has no idea when — if ever — Americans can expect relief from high prices and inflation:

"No one has a crystal ball." pic.twitter.com/Gxwyqf6zNA

Soaring gas prices are one reason inflation has reached a 40-year-high. According to Bloomberg, inflation will cost American households on average an extra $5,200 in 2022, or $433 per month. Inflation will also delay 25 percent of Americans from retiring, a BMO Real Financial Progress Index survey revealed.

Soaring costs have begun to turn Democrats against the Biden administration. Democrat Rep. Ro Khanna (CA) on Thursday slammed Biden in the New York Times for not doing enough to reduce the price hikes. Khanna’s proposed solution was to grow big government to solve the manufactured crisis.

“There is no patience for incrementalism or political spin about economic numbers in these times. Democrats can’t just blame the Republicans for lacking a plan,” he wrote. “People elected us to solve problems. We told them that government could improve their lives and they want to see tangible action, movement and energy out of Washington.” 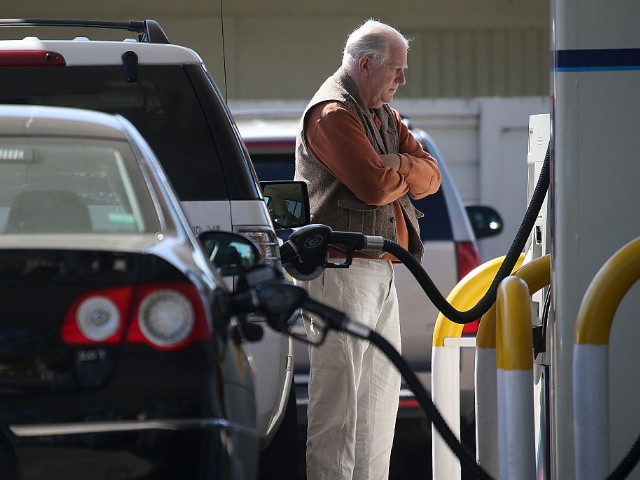 Instead of taking responsibility for the soaring costs, Biden has blamed aides for being unable to reduce the inflation he has fueled with his energy and fiscal policy, according to the Washington Post.

“Biden has privately grumbled to top White House officials over the administration’s handling of inflation, expressing frustration over the past several months that aides were not doing enough to confront the problem directly,” the Post reported.

Biden has also launched a public relations campaign to defend his political vulnerability on the issue. As a part of the PR campaign, Treasury Secretary Janet Yellen on Tuesday directly admitted during a press interview that she and the president had failed to accurately assess that inflation would climb to a 40-year-high.