The Supreme Court of the United States (SCOTUS) answered the prayers of “millions upon millions” of Americans by properly interpreting the Constitution, Florida Gov. Ron DeSantis (R) said in a statement Friday following the SCOTUS ruling overturning Roe v. Wade.

“The prayers of millions have been answered. For nearly fifty years, the U.S. Supreme Court has prohibited virtually any meaningful pro-life protection, but this was not grounded in the text, history, or structure of the Constitution,” DeSantis said in a statement.

“By properly interpreting the Constitution, the Dobbs majority has restored the people’s role in our republic and a sense of hope that every life counts,” he continued, promising that the Sunshine State will continue on its path to protect life.

“Florida will continue to defend its recently enacted pro-life reforms against state court challenges, will work to expand pro-life protections, and will stand for life by promoting adoption, foster care and child welfare,” he added.

By properly interpreting the Constitution, the Supreme Court has answered the prayers of millions upon millions of Americans. pic.twitter.com/CsPFpNnUPk

The governor’s statement follows the SCOTUS decision overturning Roe v. Wade, determining that there is no right to abortion in the United States Constitution. 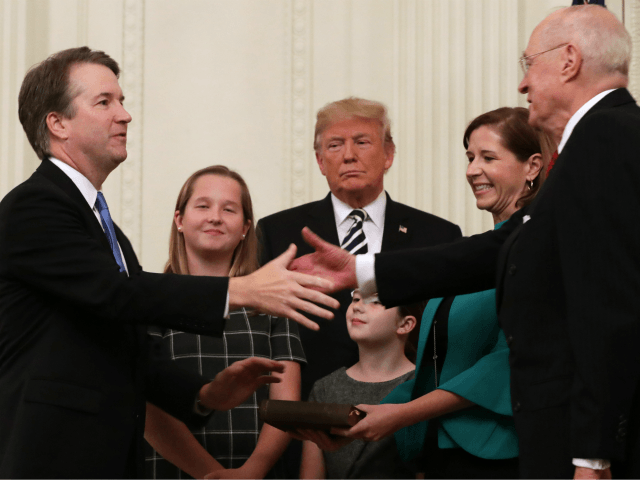 As a result of the decision, restrictions on abortion will now be left up to each individual state.

“This is a time where these babies have beating hearts. They can move, they can taste, they can see, they can feel pain, they can suck their thumbs and they have brain waves,” DeSantis said at the time, identifying the legislation as “the most significant protections for life that have been enacted in this state in a generation.”

He also railed against advocates for late term abortion, calling it “fundamentally wrong” and deeming it “infanticide.”