I’m sure latest incident of pro-Milo chalking won’t inflate the Breitbart Tech editor’s ego at all.

Yes, Milo’s name is now on the Walk Of Fame — in chalk! Over the weekend, a “#FreeMilo” slogan appeared on one of the unoccupied brass stars, as well as a Twitter logo. The slogan-writers have yet to reveal themselves, but it’s just the latest in a string of similar incidents.

Pro-Milo chalkings have been reported up and down the country since his permanent ban from Twitter last week. The College Republicans of UC Irvine chalked a massive “Free Milo” slogan on their campus, a Muslim family in Nebraska chalked “Free Milo” on their mosque, and Twitter’s office in Santa Monica, L.A. now has a “Free Milo” slogan on its sidewalk. 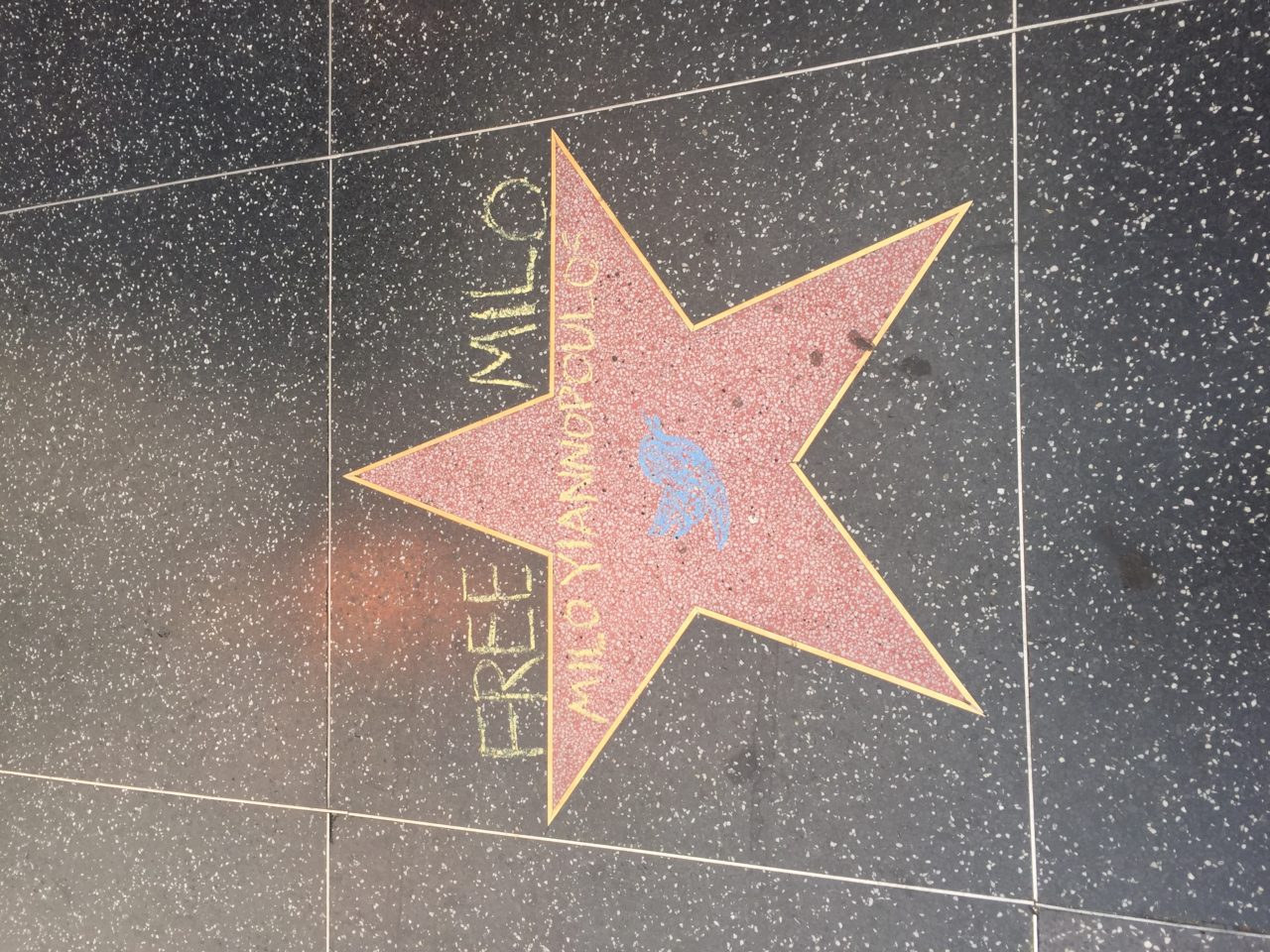 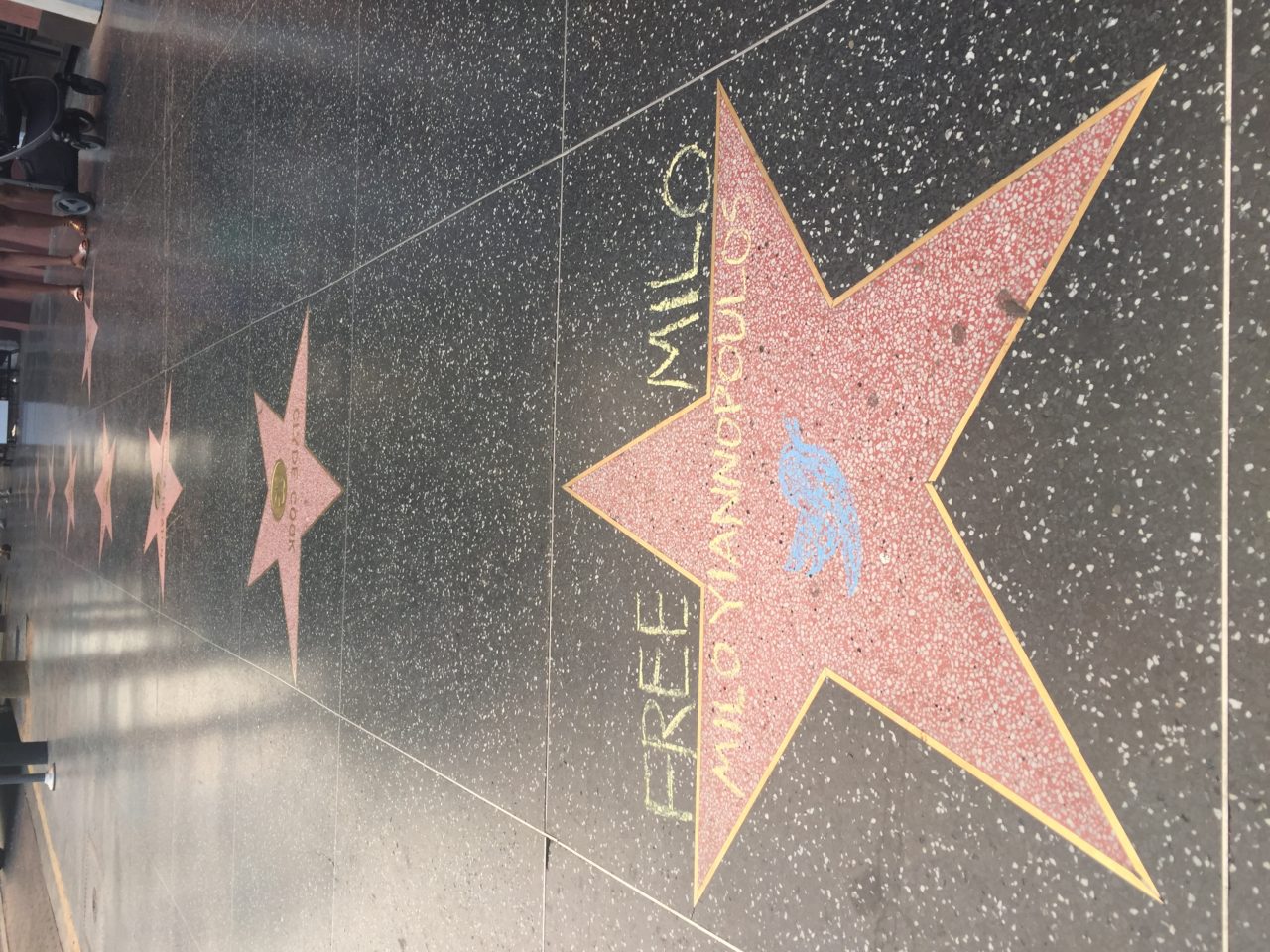 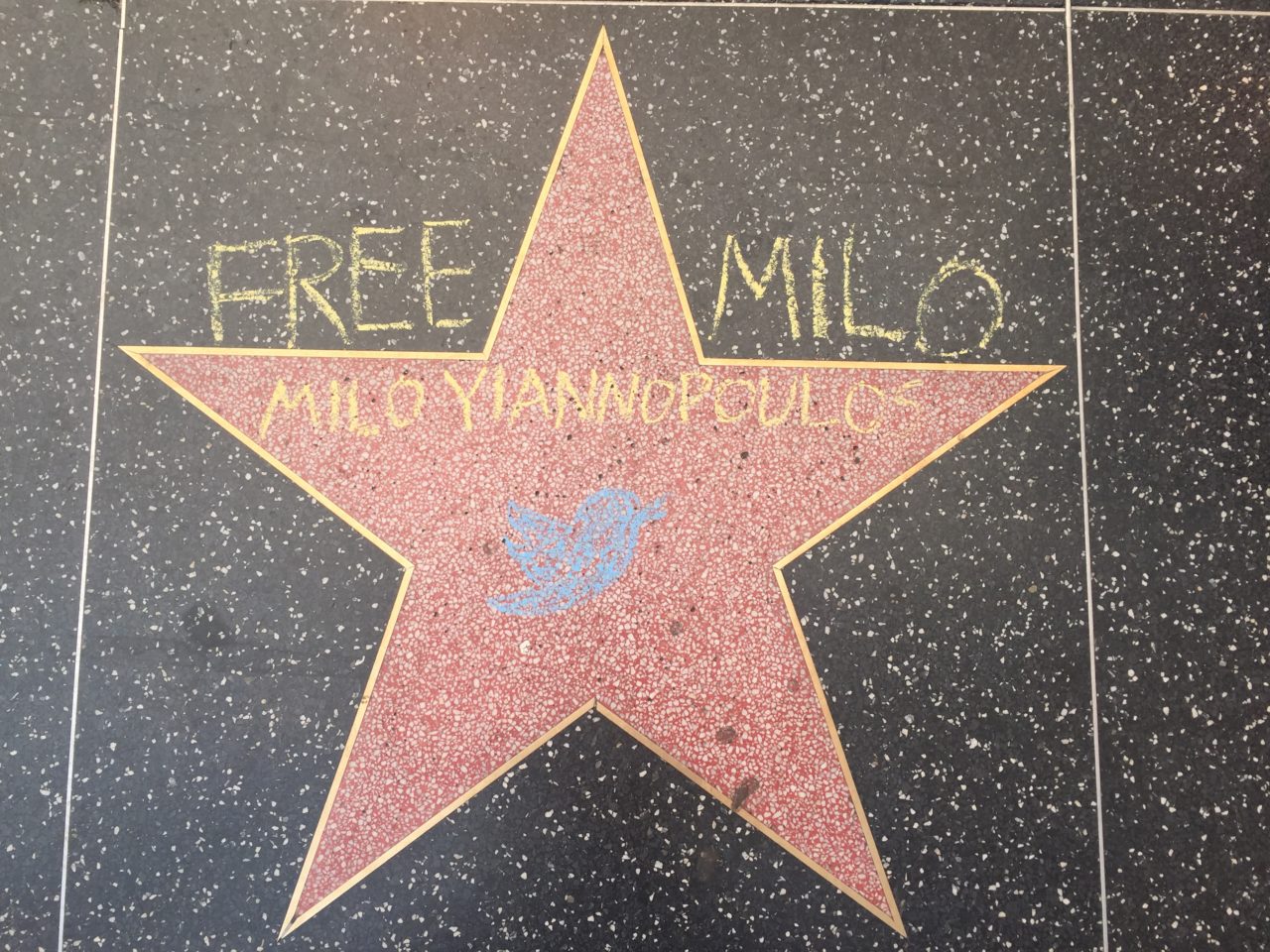 Please don’t do the Walk Of Fame again next time, guys. He’s enough of a diva already!