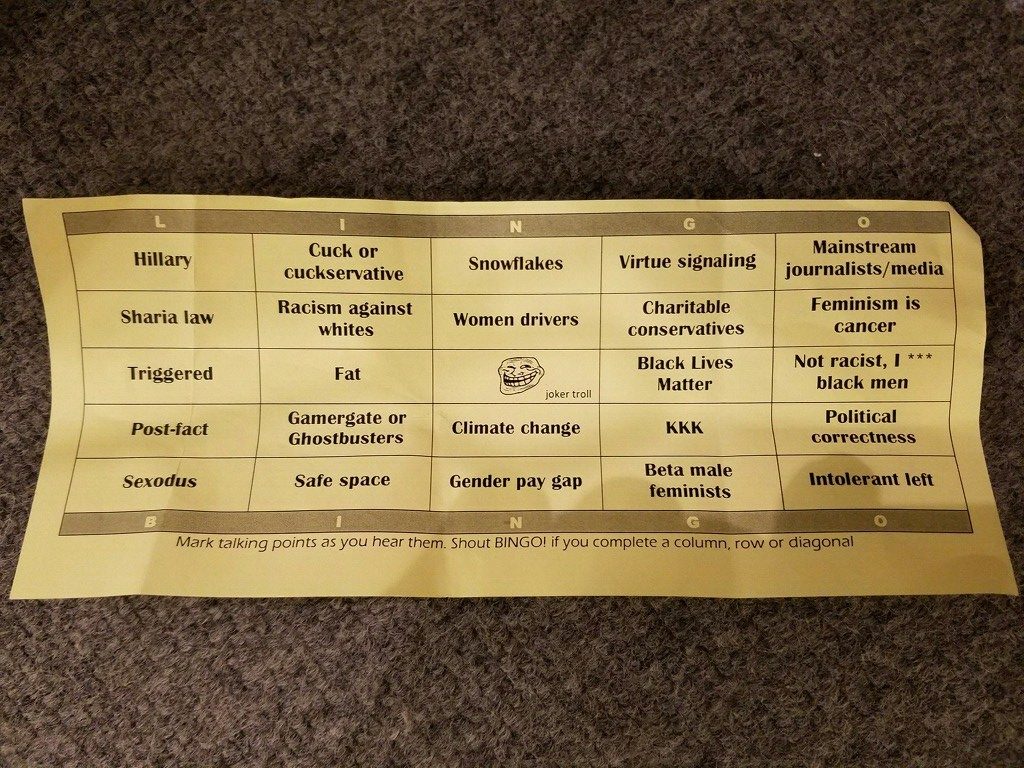 The bingo card, which can be seen below, features a multitude of phrases and terms commonly referenced by MILO during his events. The card has instructions written at the bottom which read, “Mark talking points as you hear them. Shout BINGO! If you complete a column, row or diagonal.”

This is a new game for MILO fans, unseen at previous events. Whether or not it will catch on as a trend is unknown.