That very thing occurred on Wednesday, when the New York Times tweeted out two photos comparing the number of Patriots coaches and players who attended in 2015, when Obama was president, versus how many attended on Wednesday with President Trump:

Clearly, the tweet makes the Obama White House visit look significantly better attended than the Trump visit. However, the Patriots quickly pounced on the Times’ attempt at partisan photography:

Twitter did not take kindly to the Times’ attempt to spread fake news: 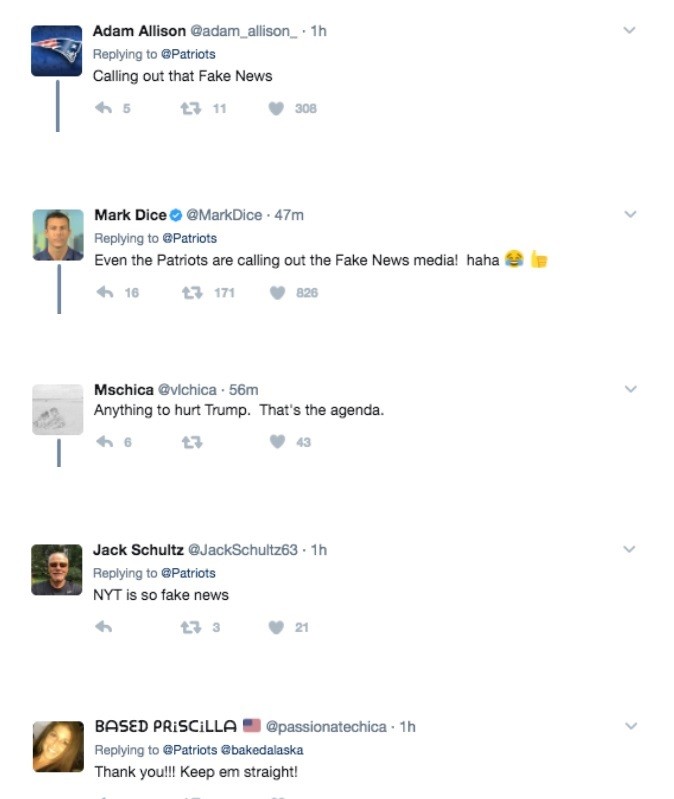 The Patriots then tweeted out an actual direct comparison, contrasting the Patriots’ White House turnout from today to when New England won two Super Bowls in three years:

Having been sufficiently humbled by a football team Twitter account, the New York Times actually did journalism, talked to some people in the know, and then sent out another tweet explaining their new position:

UPDATE: Patriots say # of players was smaller this year than 2015 (34 vs. 50) but total delegation was roughly the same. pic.twitter.com/Ij77Def8z5