The Cleveland Indians’ name change reportedly remains uncertain, as the Cleveland Guardians men’s roller derby team could sue to stop them, according to a law firm that specializes in transactional and trademark areas.

Cleveland’s Major League Baseball team announced last week that it will scrap its 106-year-old name and rebrand itself as the Cleveland Guardians after the 2021 season.

While Cleveland Indians owner Paul Dolan said the team has received “final clearance” for the club’s new name, the rebrand might be easier said than done, as there already exists a men’s roller derby team with the same name.

This could pose a problem for Dolan if the Cleveland Guardians men’s roller derby team seeks an injunction or if a separate trademark dispute is not settled, according to a report by Front Office Sports (FOS).

While the situation can be resolved, it could end up costing Dolan a lot of money, as rebranding alone for the $1.16 billion team will likely run at least $10 million, according to Sneaker Law Firm founder Zakari Kurtz, whose firm represents athletes, entrepreneurs, and small businesses in transactional and trademark areas.

The roller derby team has also used the name for a decade, has owned a Cleveland Guardians website domain name since at least 2014, and has a logo resembling the one the Cleveland Indians unveiled last week.

In naming their teams and choosing a logo, both the Indians and Guardians roller derby team were likely inspired by Cleveland’s iconic “Guardians of Traffic” statues seen on the Hope Memorial Bridge downtown. The statues bear the same name, with their side profiles strikingly similar to the teams’ logos. 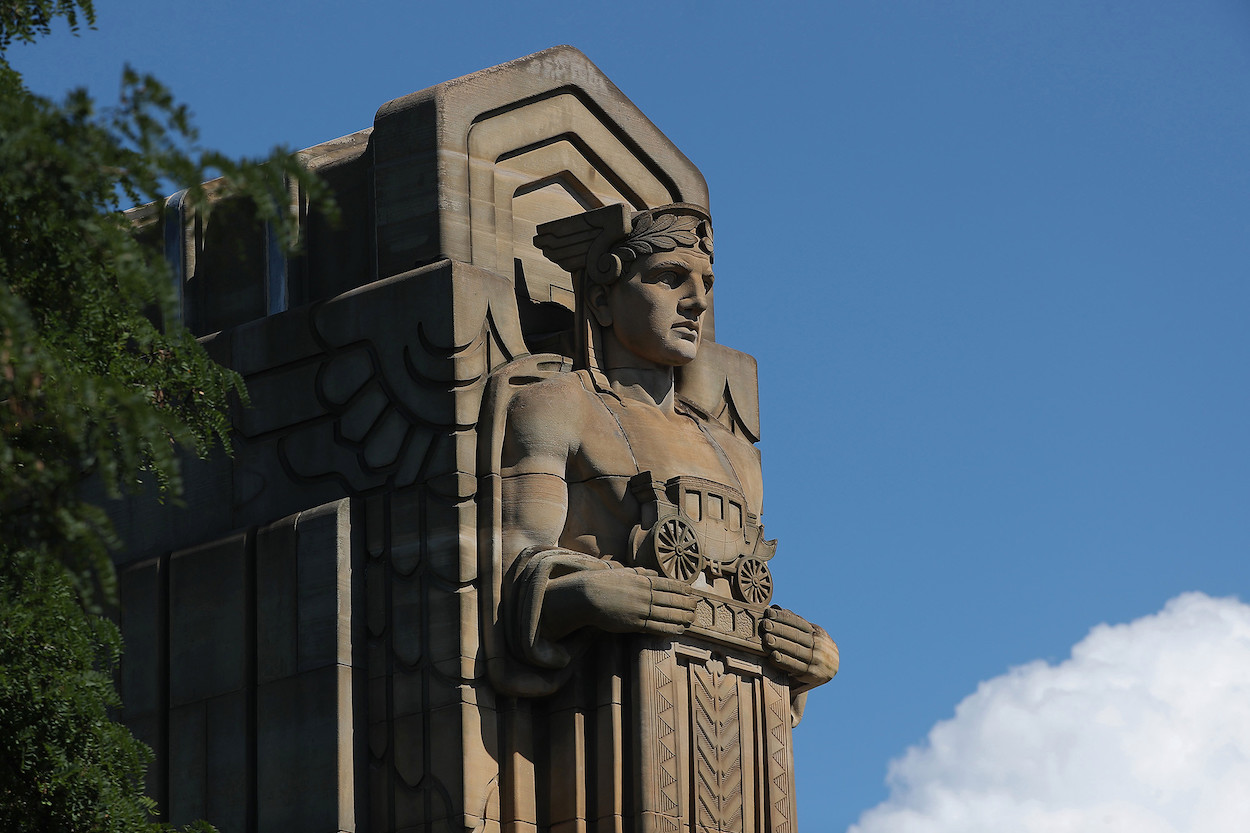 (The Guardians of Traffic in Cleveland are four 32-foot sandstone pylons at the east and west entrances of the Hope Memorial Bridge. Getty Images)

The Indians filed a trademark for Cleveland Guardians last week, but the application wasn’t disclosed in the trademark system until Wednesday, FOS reported.