Exclusive — Donald Trump: ‘Laughable’ to Claim Media Tougher on Biden; ‘They Are Treating Him with Kid Gloves’

Former President Donald Trump told Breitbart News exclusively that he thinks it is “laughable” to claim the media are tougher on President Joe Biden than they were on him. 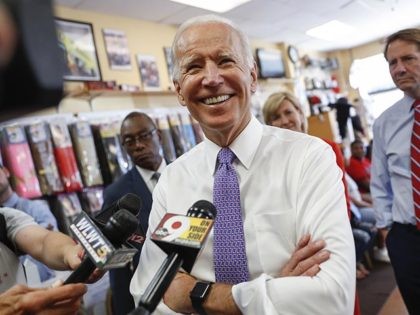 The Washington Post’s Dana Milbank claims the media’s being tougher on Joe Biden than it was on Donald Trump. 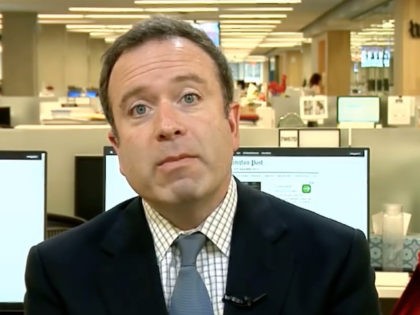 Washington Post columnist Dana Milbank has found a way to blame Donald Trump for antisemitic comments by Rep. Rashida Tlaib (D-MI), saying that she is borrowing tactics from the “MAGA handbook.” 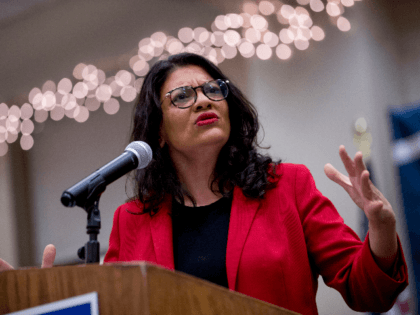 A host of figures across politics, media, and Hollywood have simultaneously started mentioning the possibility of a “race war” as President Donald Trump calls for the end of civil unrest in Democrat-run cities. 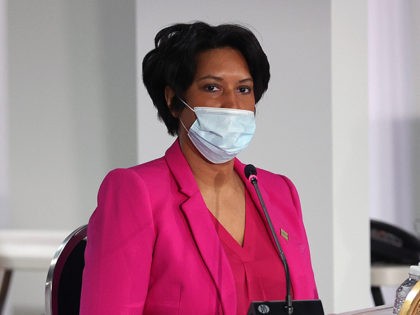 Sunday on MSNBC’s “AM Joy,” Washington Post columnist Dana Milbank said President Donald Trump was giving “license” to “unbalanced people,” like the perpetrators of the mail bombs being sent to political figures and the synagogue shooting in Pittsburgh a day earlier that

Tim Carney: DeSantis Deserves a Mulligan, ‘Ridiculous’ to Assume Everything a Republican Says Is Racist

Wednesday on  MSNBC’s “Live,” Washington Examiner commentary editor Tim Carney said Florida Republican gubernatorial nominee Rep. Ron DeSantis (R-FL) deserved a “mulligan” for saying Florida voters should not “monkey this up” by voting for the socialist agenda of his Democratic 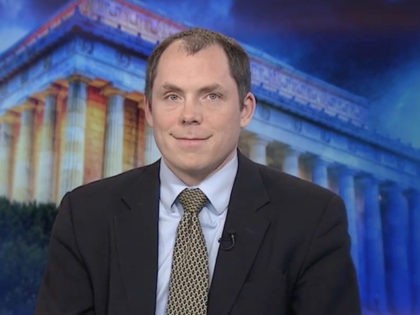 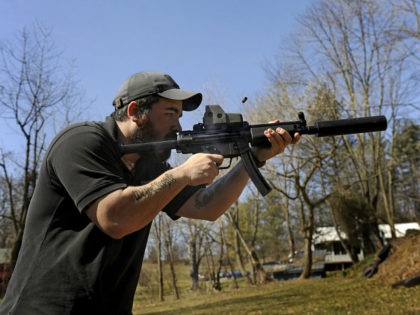 Dana Milbank: ‘Nancy Pelosi and Her Team Should Go’

Liberal columnist Dana Milbank says that Nancy Pelosi should step down as the Democrats’ House Minority Leader and allow “some fresh blood to take on Donald Trump.” 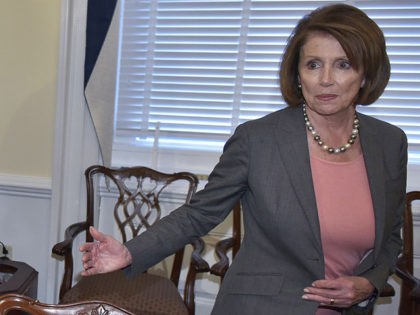 Washington Post’s Dana Milbank: Hillary Is Right, ‘Half of Trump Supporters Are Racist’

Washington Post columnist Dana Milbank doubles down on Hillary Clinton’s assertion that “half” of Donald Trump’s supporters are an “irredeemable” “basket of deplorables” who are, in her words, “racist, sexist, homophobic, xenophobic, Islamophobic.” Milbank writes that that far from being incorrect in her denunciation, Clinton may in fact have “low-balled the number” by claiming only “half” are racist. 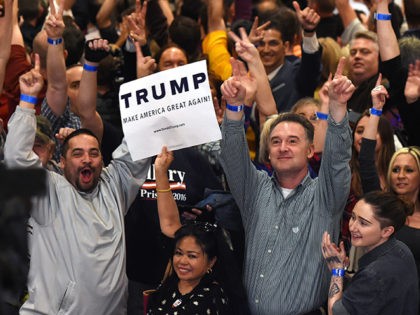 WaPo’s Milbank: America Has Taken ‘Ugly Turn’ Because of Trump 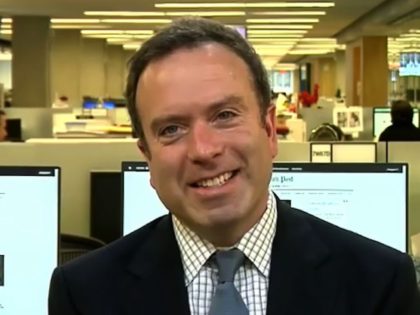 Dana Milbank and the Washington Post streamed a video of Milbank literally eating his words — a column that predicted Donald Trump would not be the Republican nominee for President. 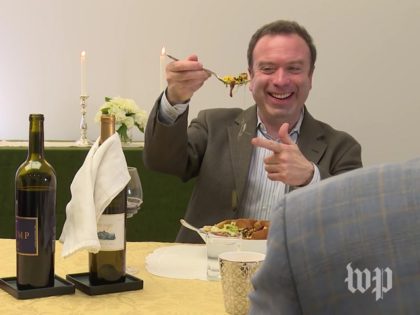 Tuesday on MSNBC, Washington Post columnist Dana Milbank speculated on who he thought could be the best prospective running mate for Democratic presidential front-runner Hillary Clinton. In order solidify the populist wing of the Democratic Party, Milbank suggested Sen. Elizabeth 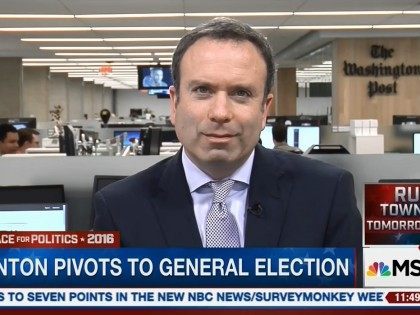 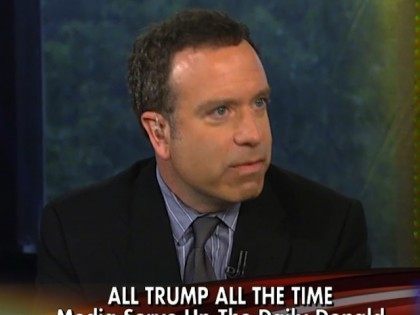 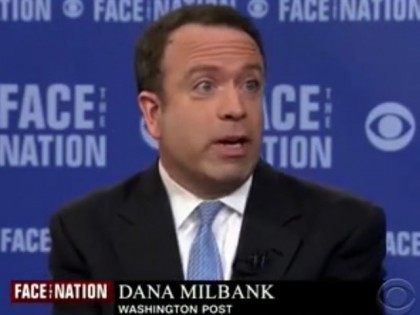 If you still wonder why our nation’s politics are so divided, look no further than Washington Post columnist Dana Milbank’s half-witted attempt to accuse Republicans—and Israelis—of hypocrisy in opposing the Iran deal. The same neocons and Likudniks who opposed any Iran deal, Milbank says, now want to stick with the interim deal, or argue for a “better deal” than the one President Barack Obama is proposing. Conclusion: they are liars, warmongers, and above all, Obama-haters. 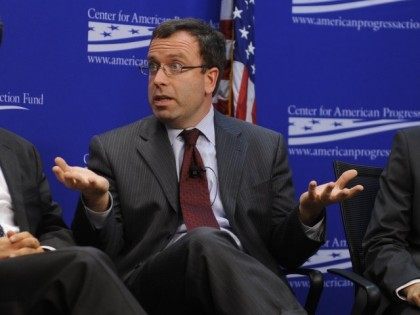 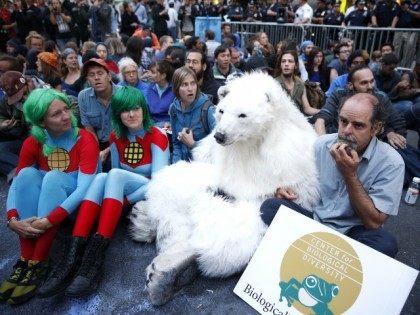 Milbank: Not Working With Congress ‘Coming Back To Bite Obama’ 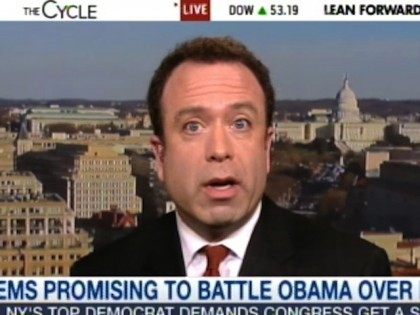