Angel Wife: Debbie Wasserman Schultz Did ‘Nothing’ to Help Me Keep Illegal Alien Killer in Custody

Reps. Bill Nelson (D-FL) and Debbie Wasserman Schultz (D-FL) did “nothing” to keep an illegal immigrant killer in custody following his arrest for killing two paramedics, said an Angel wife. 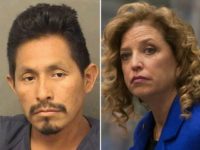 Angel Mom Joy English: ‘How Many More Americans Have to Die Before the Politicians Do Their Jobs?’

“How many more Americans have to die before the politicians do their jobs and protect Americans?” asked Angel mom Joy English, whose 27-year-old son was killed by a negligent illegal alien motorist in a hit-and-run accident. 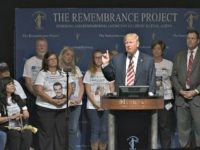 Angel Dad’s Amnesty Message to Trump: ‘Don’t Give In to the Democrats; Stick to Your Guns’ 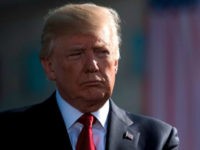 “Why not the concern or the tears over what we’ve been through? It’s such an injustice. It’s so hard to comprehend that this is what we’ve become in the United States,” said Angel Wife Ruth Johnston Martin. 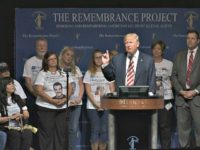 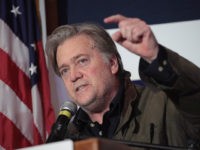 Donald Trump Forced CNN to Cover the Victims This Time

Republican presidential nominee Donald Trump brought the parents of young Americans killed by illegal aliens onstage with him during his immigration speech in Arizona on Wednesday night — and this time, CNN was forced to cover their stories. 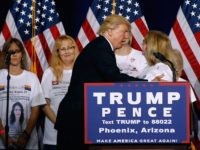 Before Kate Steinle, there was Spencer Golvach, and after both of them, there have been too many more. One year ago this week, Spencer Golvach was randomly shot in the head while he was sitting in his truck waiting for the traffic light to change. He was randomly executed by an illegal alien who had previously been deported multiple times for committing crimes but was back in Texas engaging in a killing spree. 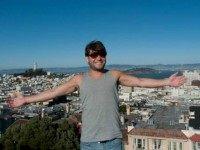 The Remembrance Project’s director Maria Espinoza, speaking for the family members who lost children to illegal aliens, demanded that Democratic Rep. Luis Gutierrez be censured for attacking an expert witness.

Dan Golvach, told a Texas Senate Border Security subcommittee last week that what he has learned from his son’s murder by an illegal alien is it is “glaringly evident, that the federal government does not seem to be very invested in securing the border.” His testimony came during National Crime Victim’s Rights Week which was observed April 19th – 25th. Other witnesses urged Texas legislators to pass an interstate compact bill because the federal government has failed to do their job “to protect our families.” They testified about the “catastrophic loss” they have faced because of a porous border.