In case you’ve ever wondered why you never got the straight story on Islam directly after Sept. 11, and still haven’t, and why the media seems in the tank for jihad, here’s a clue.

The Society of Professional Journalists (SPJ) issued this directive a couple of weeks after 9/11; for sheer propaganda, their “Diversity Guidelines” are hard to beat. In fact, the enemy who attacked our country in an attempt to bring it down may just as well have been writing the narrative.

The “guidelines,” adopted at the Society’s national convention on October 6, 2001, urges journalists to “take steps against racial profiling in their coverage of the war on terrorism and to reaffirm their commitment to use language that is informative and not inflammatory.”

How? Among other things:

Seek out people from a variety of ethnic and religious backgrounds when photographing Americans mourning those lost in New York, Washington and Pennsylvania.

Seek truth through a variety of voices and perspectives that help audiences understand the complexities of the events in Pennsylvania, New York City and Washington, D.C.

Seek out experts on military strategies, public safety, diplomacy, economics and other pertinent topics who run the spectrum of race, class, gender and geography.

Regularly seek out a variety of perspectives for your opinion pieces. Check your coverage against the five Maynard Institute for Journalism Education fault lines of race and ethnicity, class, geography, gender and generation.

Translation: even if the horror, murder and bloodshed of jihad are inflammatory, don’t tell the people.

To deflect attention away from the Islamic character of jihad, reporters should “portray Muslims, Arabs and Middle Eastern and South Asian Americans in the richness of their diverse experiences.”

Portray the beheaders, the homicide bombers, and the infiltrators in the “richness of their diverse experience”? You mean the stonings, amputations, sharia law, clitorectomies, Jew-hatred, Hindu-hatred, the brutal conquests of India and Persia, the caliphate? Of course not!

Journalists should “make an extra effort to include olive-complexioned and darker men and women, Sikhs, Muslims and devout religious people of all types in arts, business, society columns and all other news and feature coverage, not just stories about the crisis.” In other words, make an extra effort to depict Muslims not engaged in jihad.

Above all, don’t talk about the Islamic aspect of terror attacks, especially right after they happen:

Avoid using terms such as ‘jihad’ unless you are certain of their precise meaning and include the context when they are used in quotations. The basic meaning of ‘jihad’ is to exert oneself for the good of Islam and to better oneself…Avoid using word combinations such as ‘Islamic terrorist’ or ‘Muslim extremist’ that are misleading because they link whole religions to criminal activity. Be specific: Alternate choices, depending on context, include ‘Al Qaeda terrorists’ or, to describe the broad range of groups involved in Islamic politics, ‘political Islamists.’ Do not use religious characterizations as shorthand when geographic, political, socioeconomic or other distinctions might be more accurate.”

Who cares if the jihadis call themselves Muslims and say they’re fighting for Islam? Celebrate diversity!

The SPJ continues: “Do not represent Arab Americans and Muslims as monolithic groups. Avoid conveying the impression that all Arab Americans and Muslims wear traditional clothing.” And “when describing Islam,” the guidelines continue, “keep in mind there are large populations of Muslims around the world, including in Africa, Asia, Canada, Europe, India and the United States. Distinguish between various Muslim states; do not lump them together as in constructions such as ‘the fury of the Muslim world.‘”

And yet Obama does.

The “Islamic world” does. The ummah – a word you often hear in Muslim discourse — is the worldwide community of Muslims, regardless of national origin.

Instead, journalists should focus on largely imaginary backlash: “cover the victims of harassment, murder and other hate crimes as thoroughly as you cover the victims of overt terrorist attacks.” And so the media dutifully covered the bogus tales of “harassment” just days after 3,000 Americans were brutally murdered by Muslims on our own soil. The same thing happened after the Fort Hood massacre.

The SPJ is telling journalists to throw Americans under the bus and kiss the adherents to the Islamic ideology that murdered our people and want to take over this country.

Then, of course, they reach for the cheap moral equivalent: “When writing about terrorism, remember to include white supremacist, radical anti-abortionists and other groups with a history of such activity.” There aren’t any — except maybe three in an outhouse somewhere in Appalachia. But not to worry: make it up, or pull the Unabomber out of your hat, and Timothy McVeigh while you’re at it, too.

Just how long has the Muslim Brotherhood been strategizing the takedown and take over of the U.S. and the West? Decades.

And while we have no coherent strategy for fighting the enemy — hell, we can’t even name them — they have a war plan that is so detailed and exact that every t is crossed and every i dotted. That we are not fighting back effectively is, in large part, because the Society of Professional Journalists is doing its best to make sure no one knows there is a war on. As Osama bin Laden himself said in 1998:

On that basis, and in compliance with God’s order, we issue the following fatwa to all Muslims:

The ruling to kill the Americans and their allies — civilians and military — is an individual duty for every Muslim who can do it in any country in which it is possible to do it, in order to liberate the al-Aqsa Mosque and the holy mosque [Mecca] from their grip, and in order for their armies to move out of all the lands of Islam, defeated and unable to threaten any Muslim. This is in accordance with the words of Almighty God, “and fight the pagans all together as they fight you all together,” and “fight them until there is no more tumult or oppression, and there prevail justice and faith in God.”

We — with God’s help — call on every Muslim who believes in God and wishes to be rewarded to comply with God’s order to kill the Americans and plunder their money wherever and whenever they find it. We also call on Muslim ulema, leaders, youths, and soldiers to launch the raid on Satan’s U.S. troops and the devil’s supporters allying with them, and to displace those who are behind them so that they may learn a lesson. 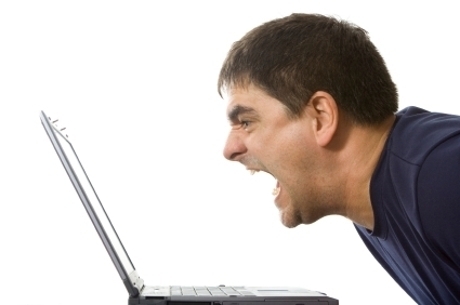 Wonder what the SPJ thinks about that?