The leftwing Washington Post attacked rising Republican presidential candidate Carly Fiorina Monday. Something about unpaid campaign debts from her 2010 Senate run, as though such a thing is unique. When Fiorina was asked about it by another news outlet, she disputed the story and attacked the Post’s waning credibility.

So here’s what happened:

According to Mark Murray of NBC News, Fiorina said in response to the story about her campaign debt, “I don’t think Washington Post has much credibility anymore. They also said I wasn’t a secretary[.]”

Rather than report that, the Post selectively edited Fiorina’s statement into this:

Fiorina said Monday that The Post doesn’t “have much credibility” anymore.

Then, waaaaaayyyyy down at the bottom in the article’s last paragraph, Zezima mentions Fiorina’s dispute over the Post’s partisan fact-check that falsely claimed Fiorina has not risen from secretary to CEO:

Fiorina has also said that a Post fact-check on the life story she tells on the trail, of her rising from secretary to CEO, is “ludicrous.” The Post fact-check states that Fiorina glosses over pertinent details of her life story.

Washington Post Lie #3: In that last paragraph, Zezima writes, “The Post fact-check states that Fiorina glosses over pertinent details of her life story.”

That is not just a lie, it is a shameless lie. 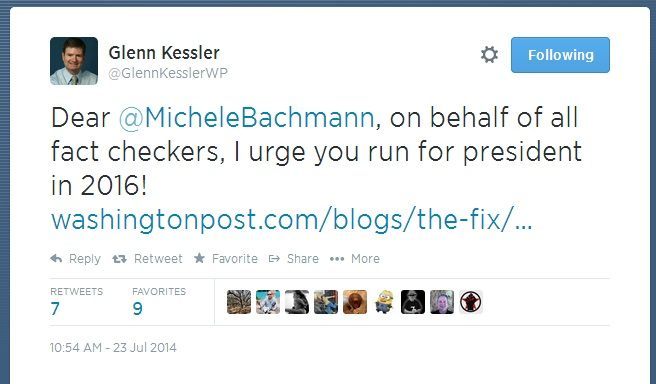