Volunteer groups have begun working in virus-hit Wuhan, China, and rescued more than 200 animals left alone at home by owners who failed to return before the city’s lockdown on Jan 23.

The hashtag “save the pets left behind in Wuhan” became the third-most searched term on the Twitter-like Weibo platform Monday.

It drew millions of views from those unable to return to the city, where the virus is believed to have originated, and others willing to help them save their animals from starving to death in locked apartments.

“Please help me feed my cat”, one user posted on January 30.

On Monday, he used the hashtag to post the happy news he had found a “young man” who had agreed to go and feed his cat Maomao.

“In the video chat, after the man opened the door Maomao meowed so miserably, no one has been home for more than a dozen days…” he said.

More than 2,000 people also joined a group created by the Wuhan Small Animal Protection Association on Chinese chat app QQ to look for “kind-hearted people” willing to feed pets left behind by fleeing owners or those simply unable to return. 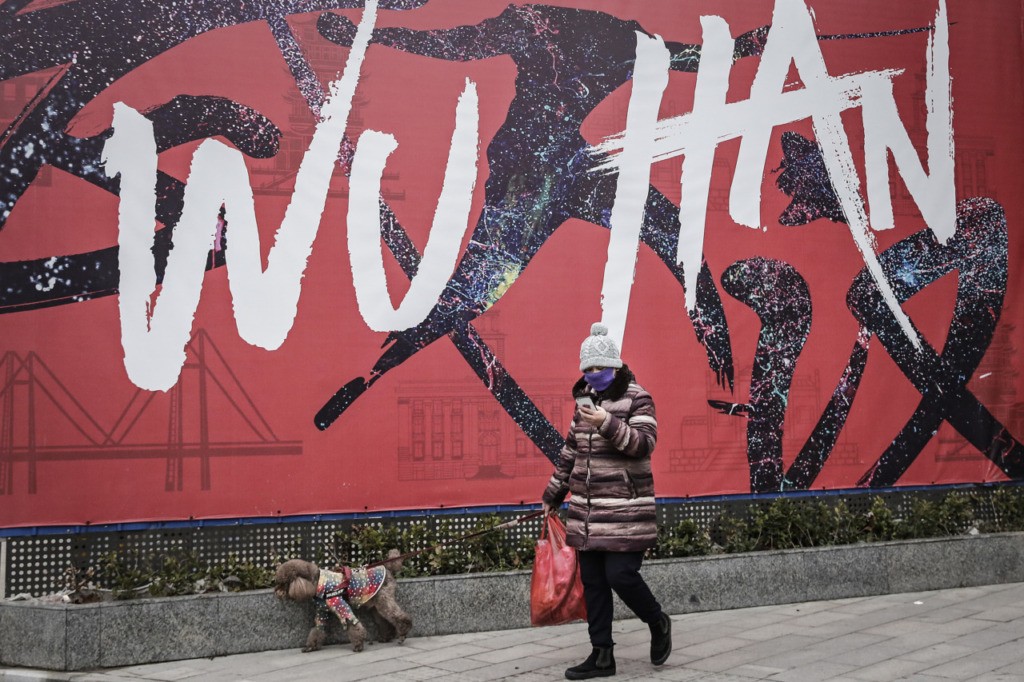 A woman wears a mask while walking a do in Wuhan, Hubei province, China. Health officials have stepped up efforts to contain the spread of the pneumonia-like disease which medicals experts confirmed can be passed from human to human. (Photo by Getty Images)

The China Daily/Asia News Network reports not all residents are as keen to help as others in a city that has now become the ground zero of the coronavirus outbreak.

“If we didn’t offer help, the dogs and cats would have decomposed at home before their owners returned, ” Du Fan, president of the Wuhan Small Animal Protection Association, was quoted as saying by Red Star News.

“It’s our responsibility to help the animals.”

In some residential communities where coronavirus patients have been found, those checking on animals were refused entry out of fear of spreading the disease.

“We understand why they rejected us, ” Du said. “But we feel sad and helpless.”

The drive to save pets comes after multiple Chinese media reports said apartment complexes had banned pets to stop the spread of the virus, as well as unverified reports that people had thrown animals to their deaths for similar reasons.

While the coronavirus is believed to have crossed over from animals to humans at a Wuhan market known for selling live wildlife, the World Health Organization has said on its Weibo account there is “no evidence that dogs, cats and other pets can catch the novel coronavirus.”

China is home to a growing population of pet owners, with pet-related spending in China reaching 170.8 billion yuan ($23.7 billion) in 2018, according to a report by Pet Fair Asia and pet website Goumin.com.