Fox News host Eric Bolling and Azealia Banks have engaged in a two week spat over the hip hop star’s admission in Playboy Magazine that she “hates America.” Things escalated late Friday night when Banks used her verified Twitter account to hurl the homophobic taunt “go suck a dick and die” at Bolling. 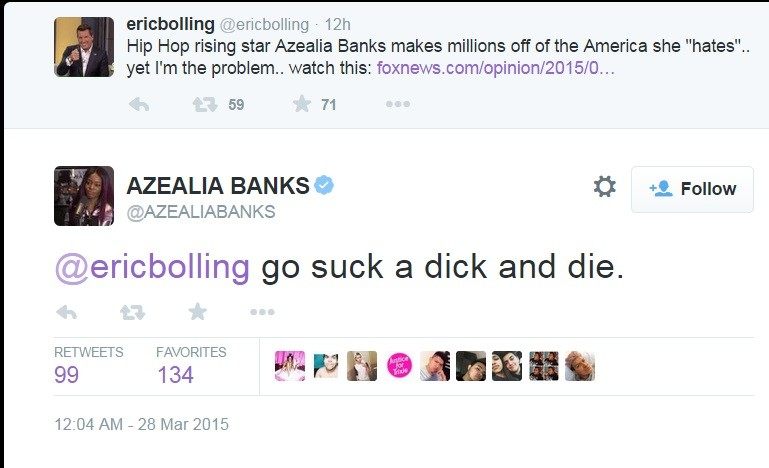 Like “c*cksucker,” telling a man to “suck a dick” is considered a homophobic taunt among many in the Left.

Telling someone to “die” is also a prohibited use of what the Left calls “eliminationist rhetoric.”

Nevertheless, Banks is almost certain to get a free pass on both counts from the media. A black left-wing woman who hates America represents four protected groups.  She also directed her homophobic eliminationist taunt at someone who represents four unprotected groups — a white, male, conservative Fox News anchor.