Lena Dunham stripped down and donned a tailfin to wish her social media followers a very “mermaid Christmas” on Saturday.

The 30-year-old Girls actress-writer posted a photograph of her dressed up as a mermaid to her nearly three million Instagram followers on Christmas Eve. 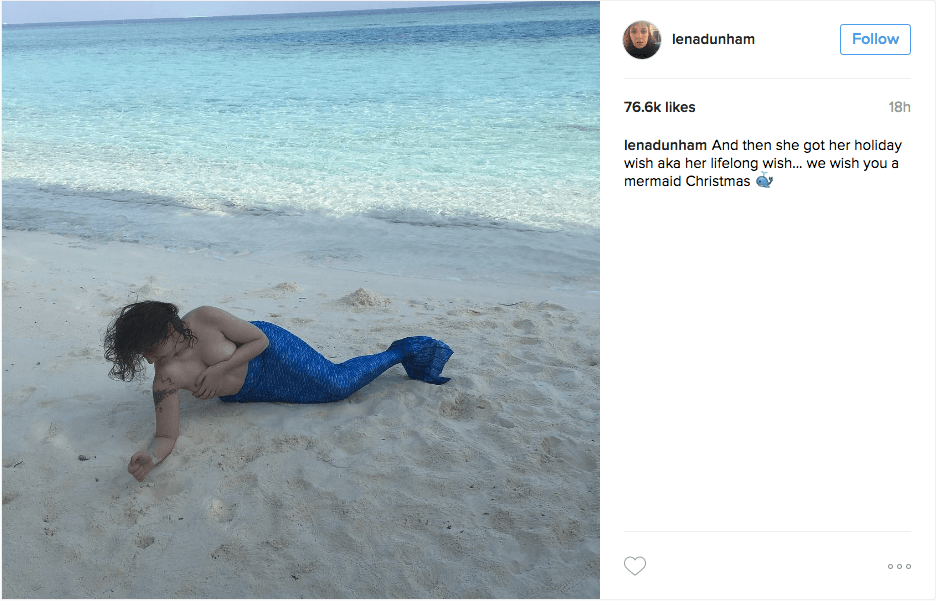 “And then she got her holiday wish aka her lifelong wish… we wish you a mermaid Christmas,” Dunham captioned the snap.

This is hardly the first time the actress has posed naked in photographs on social media; in October 2015, Dunham went topless when she spontaneously decided to auction off the sweater she had been wearing to a benefit for Planned Parenthood. The sweater brought in $4,000 for the group, and Dunham later posted a shot to Instagram.

In May, the actress posed naked in a bathtub with her then-pregnant co-star Jemima Kirke to share a pro-choice message.

Dunham has had a turbulent week; she drew widespread condemnation on social media last week when, during an episode of her podcast, she said she had never had an abortion, but that she wished she had in order to better understand the stigma surrounding the issue.