Actress Susan Sarandon turned heads on the red carpet at the Cannes Film Festival Wednesday as she posed in a revealing velvet dress during the festival’s opening night ceremony.

The actress, who is known for her left-wing political activism, posed for photographs in a plunging green velvet gown and black sunglasses alongside other attendees including Jessica Chastain, Lily-Rose Depp and Will Smith.

The 70-year-old Oscar-winner was on hand for Wednesday night’s premiere of the festival’s opening-night film, Ismael’s Ghosts, at the Palais des Festivals. 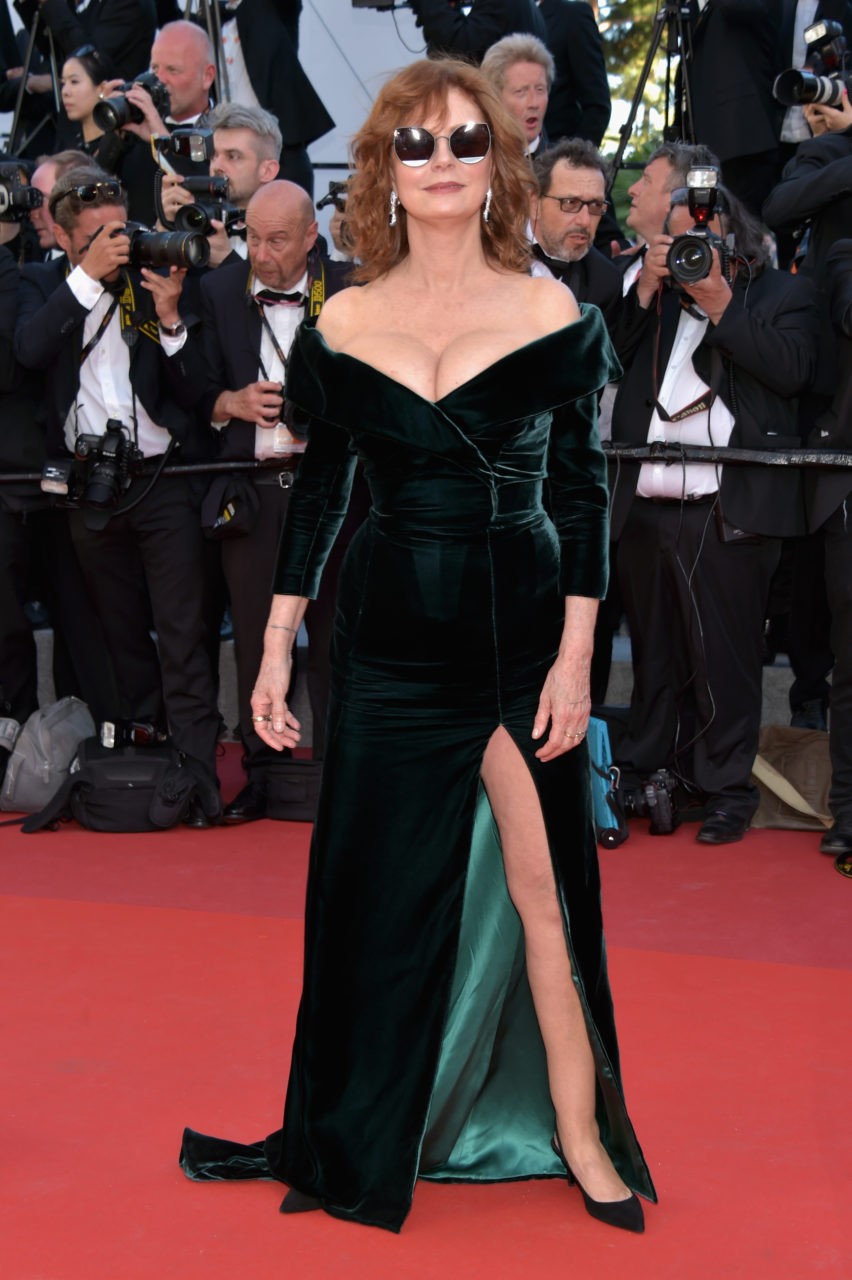 The outfit made waves across the internet, with Harper’s Bazaar columnist Jenna Rosenstein saying she would pray to look like that at 70.

“Oh please, generous God, make my boobs look half as good as Susan Sarandon’s when I, too, am 70 years-old. Thanks. You rock.”

Meanwhile, Marah Alindogan at AoL.com described Sarandon as “clearly the woman of the hour at the gala, with several celebs coming up to her for some quick hellos and hugs.”

The actress is a regular attendee at Cannes, though she does not have a film at the festival this year. Her latest film, Going Places, a remake of the 1974 iconic French comedy Les Valseuses, is set for release later this year.