Pop icon Madonna celebrated the Fourth of July with a racy picture in which she posed topless with an American flag wrapped around her waist — but not all of her fans appreciated the holiday greeting.

The 58-year-old “Material Girl” superstar found herself mocked by some social media users after she posted the picture to her Twitter account Tuesday afternoon.

The singer captioned the photograph “AMERICA!!!” and “HAPPy 4th,” along with numerous American flag and heart emojis.

It wasn’t immediately clear when the photograph was taken, but at least one commenter noted it could have been taken during filming of the singer’s 1990 get-out-the-vote ad for Rock the Vote.

While a number of Madonna’s fans expressed their enthusiasm over the photo, others offered up criticism; one user told her to “put some clothes on,” while another simply commented: “Gross.”

The post did draw praise from some of the singer’s fans, some of whom called her “queen” and “the real president of the United States.”

The real president of the United States

Madonna has a long history of sharing racy photographs of herself, often for different reasons.

Shortly before November’s presidential election, the singer shared a naked photograph of herself in support of former Democratic candidate Hillary Clinton, whom she endorsed and enthusiastically supported during the 2016 campaign.

After Trump’s victory and just before his inauguration in January, Madonna shared a photograph of a Nike “swoosh” symbol shaved into a woman’s pubic hair to promote the anti-Trump Women’s March on Washington. At the march, the pop star came under fire (and reportedly sparked a Secret Service investigation) when she told thousands of attendees during a speech that she had often thought of “blowing up the White House.” She later said the remarks were taken out of context. 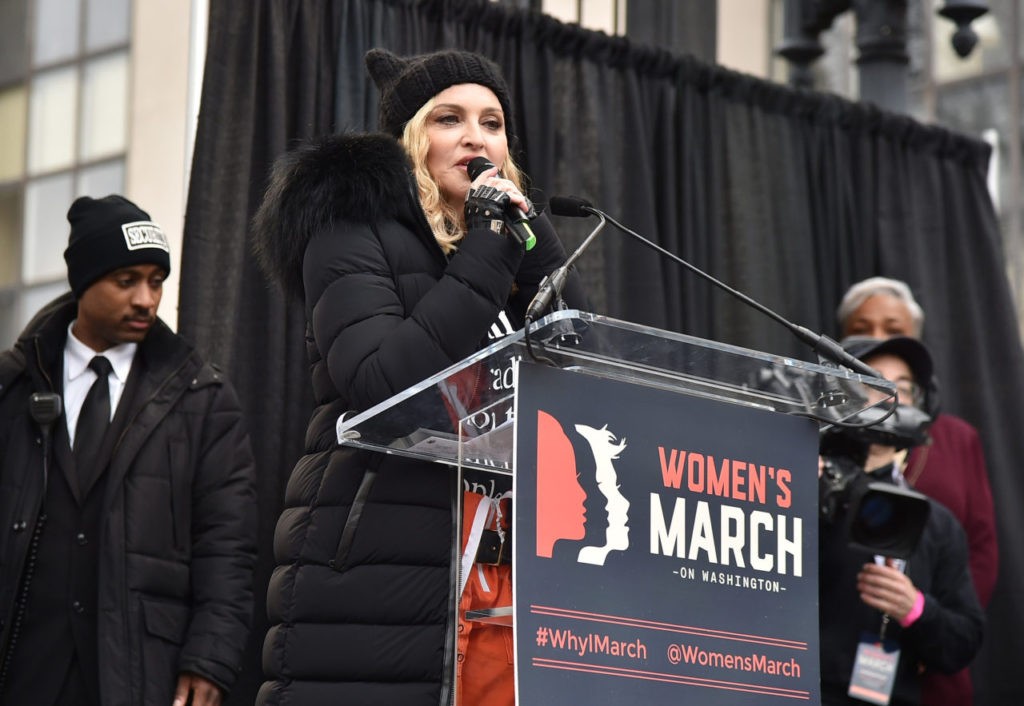 In May of last year, the singer explained her attitude toward risqué outfits in a social media post defending a revealing ensemble she had worn to the Met Ball Gala, which had left her rear end exposed.

“My dress at the Met Ball was a political statement as well as a fashion statement,” she wrote in a post to her Instagram account. “The fact that people actually believe a woman is not allowed to express her sexuality and be adventurous past a certain age is proof that we still live in an age-ist and sexist society.”

Madonna appeared to spend the July 4 holiday in New York City, posting a brief video on Twitter later Tuesday of fireworks lighting up the city’s skyline.