Melania, who has enjoyed a close relationship with Dolce & Gabbana, wore the white suit with large lapel detailing and glittering stilettos — likely by Manolo Blahnik — as she was given an award for her charity work through the years.

Melania previously wore the elegant, ankle-baring Dolce & Gabbana suit on her first foreign trip to Saudi Arabia, where she paired down the suit with a black, ruffled top and black snakeskin Manolo Blahnik stilettos, as Breitbart News reported. 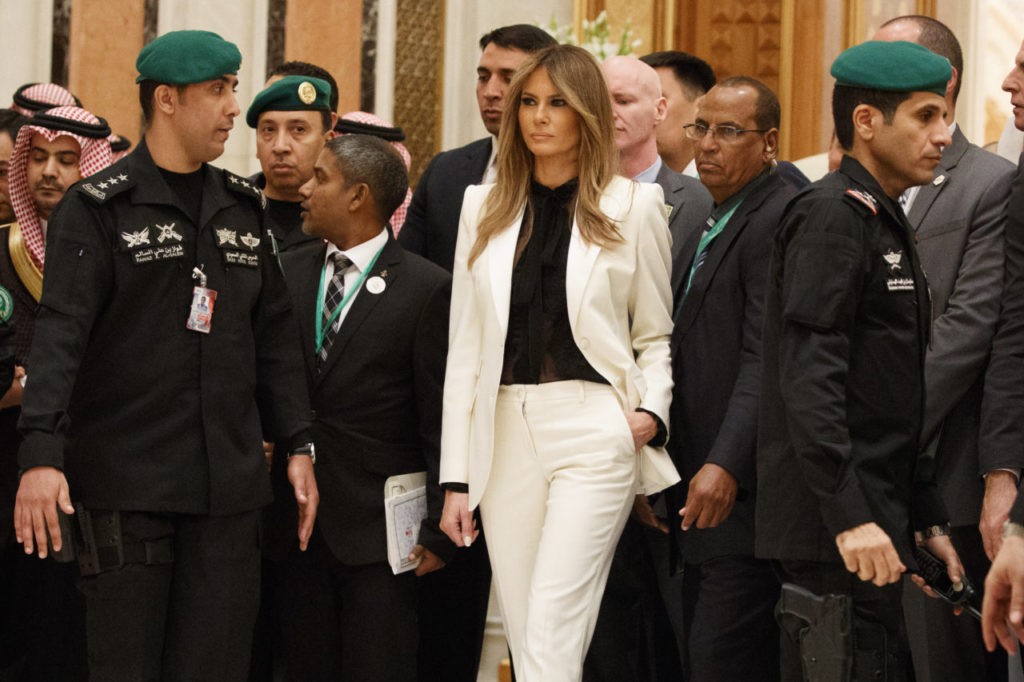 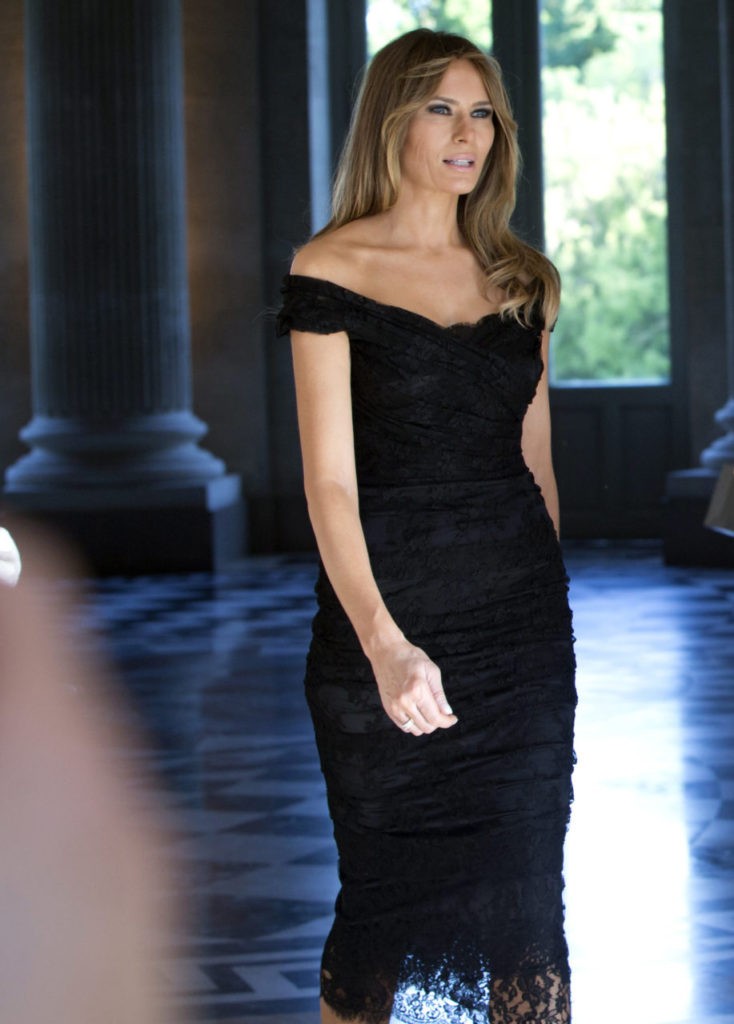 Melania Trump walks prior to a group photo during the spouse and partner program at the Royal Palace of Laeken, near Brussels. (AP Photo/Virginia Mayo, File) 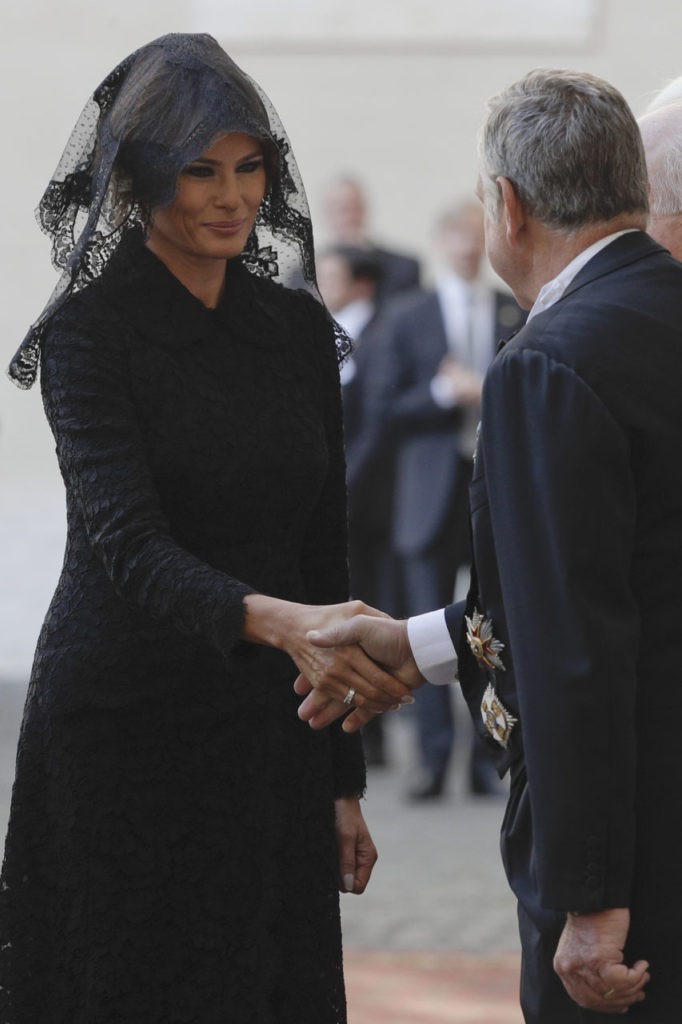 First lady Melania Trump is welcomed upon her arrival at the San Damaso courtyard ahead of her husband President Donald Trump’s private audience with Pope Francis, at the Vatican, Wednesday, May 24, 2017. Melania turned to one of her favorite fashion houses, Dolce & Gabbana, for her audience with the pope and her arrival in Italy. (AP Photo/Gregorio Borgia)