A group of local citizens from the Italian Island of Sicily have denounced a recent political decision to turn a 4-star seaside resort into the latest migrant welcome center, near the historic city of Agrigento.

The hotel Capo Rossello Realmonte is located just a short distance from the Scala dei Turchi, or “Turkish Steps,” an unusual white, rocky cliff popular with tourists that has also been proposed for the UNESCO Heritage list.

The Region of Sicily, led by governor Rosario Crocetta of the Democratic Party, has decided to transform the hotel into a hub where asylum-seekers will be accommodated, theoretically just for 48 hours for registration purposes before being transferred to other centers or possible repatriation. Critics have noted that the migrants and refugees will actually be staying considerably longer, judging from the way such centers work elsewhere in Italy.

The local City Council of Realmonte, chaired by Mayor Calogero Zicari has joined a local citizens’ movement in collecting signatures protesting the plan to convert the hotel into a migrant center.

The mayor told local media that since the area depends on tourism, the proposal would have “a major impact on the economy,” recalling that the arrival of large groups of migrants in other areas has destroyed investments that had been developed over years.

“We are angry and worried by this latest irresponsible decision,” said Angelo Attaguile, the local leader of the Noi con Salvini populist political party.

“Some people forget that we are talking about a site with enormous touristic value, which was recently nominated as a UNESCO Heritage site, and which could be jeopardizes by this foolish decision,” Attaguile said.

“We cannot accept that top-tier hotel facilities, close to the sea and tourist destinations like the Scala Dei Turchi, continue to be turned into reception centers,” he added. 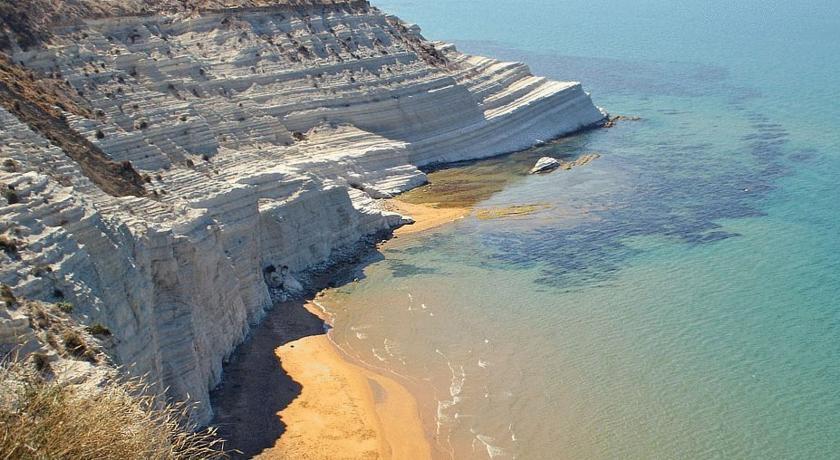 Another political operative from the Noi con Salvini party, Giuseppe Di Rosa, has accused politicians in office of reaping economic benefits from public funds coming in for the construction and operation of refugee centers.

“They are transforming our land into a mega hotel that houses refugees of all kinds without any sanitary control of the territory,” he said.

“What are our local institutions doing to help Italians who pay taxes in Italy, and have no home and no job?” Di Rosa added.