London’s first ever Muslim Mayor is set to ban images of ‘unrealistic’ scantily clad women from ads on public transport, which could see the city adopt some of the most censorious policies in the Western world.

Sadiq Khan argued for the move by appropriating the language of feminism, claiming that alluring images of beautiful women could make them “ashamed of their bodies”.

Ironically, the policy is likely to please both the misogynistic Islamist and prudish, third wave feminist, whose ends appear increasingly similar. 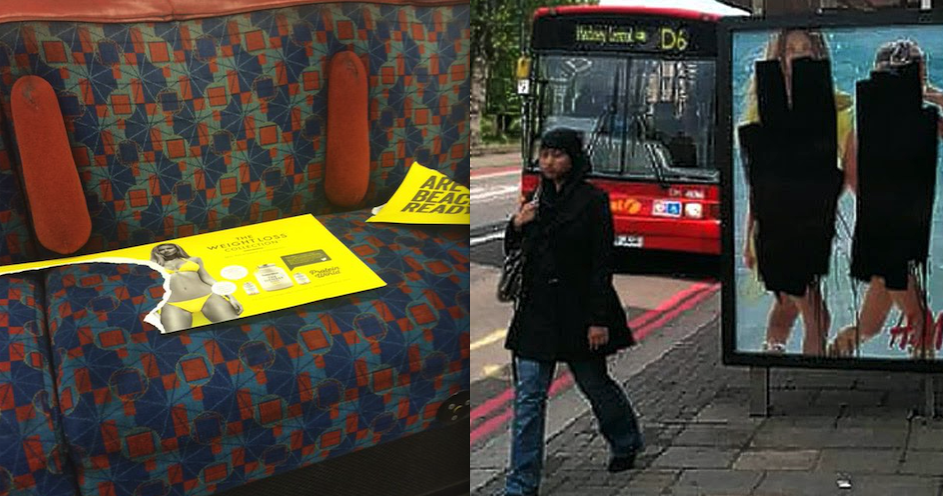 Images of women are banned in public across large parts of the Muslim world, and the phenomenon is now spreading in the Western world.

The London Mayor echoed these sentiments. He said in a statement: “As the father of two teenage girls, I am extremely concerned about this kind of advertising which can demean people, particularly women, and make them ashamed of their bodies. It is high time it came to an end.

“Nobody should feel pressurised, while they travel on the tube or bus, into unrealistic expectations surrounding their bodies and I want to send a clear message to the advertising industry about this.”

“Advertising on our network is unlike TV, online and print media. Our customers cannot simply switch off or turn a page if an advertisement offends or upsets them and we have a duty to ensure the copy we carry reflects that unique environment.”

In April of this year, the UK’s advertising watchdog announced an investigation into the “objectification and sexualisation of women in ads” because of an “increasing political and public debate” driven by “offended” feminists on social media.

The Advertising Standards Authority (ASA) had already started banning ads featuring attractive women, that supposedly cause “offence, or harm”. Such censorship may now become routine, as the ASA claims it is “alive to changing attitudes and behaviours”.

The development follows the controversy surrounding Protein World last year — a fitness company that put up billboards in London showing a woman in a bikini beside the words: “Are you beach body ready?”

Feminists and so-called social justice warriors started an aggressive online campaign against the ads, which was picked up by the liberal media leading to more than 70,000 people signing a petition against the image.