In an interview with business weekly Figyelő, László Szabó recalled that he left the White House feeling very positive about relations between the two nations after a meeting with Trump at the Oval Office in September.

Out of 12 mission leaders, Szabó was the second whom Trump met that day  — which the ambassador said was a sign of respect towards Hungary  — and the pair agreed it was in the best interest of both countries to further enhance Hungarian-U.S. bilateral relations. 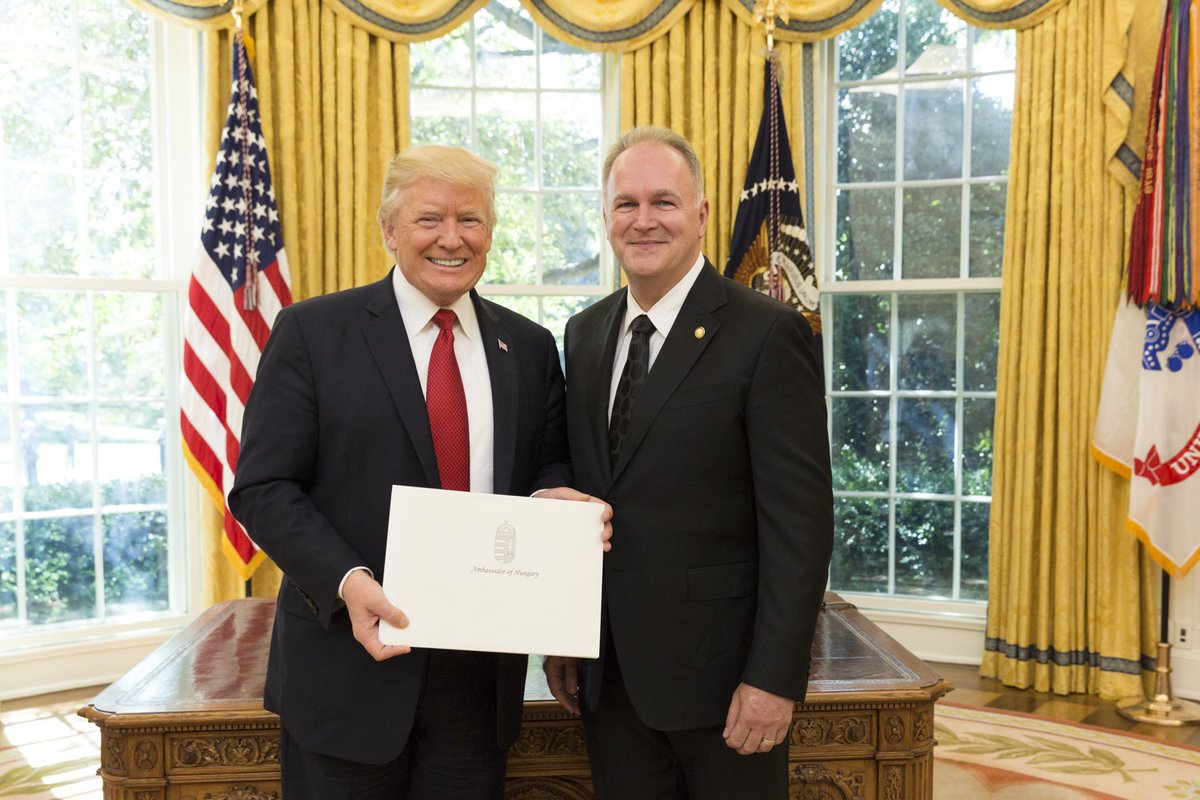 At the ceremony in the Oval Office, Trump described the Hungarian prime minister as “a strong and brave person”, and said he was aware that Orbán supported him during the U.S. presidential campaign, when he became the first European leader to endorse the Republican, at an annual speech in Romania last summer.

During their 10-minute meeting, the American president told Szabó that “Orbán is on [his] guest list”, but said he first has to solve the “small issue” of the crisis with regards to North Korea.

Having raised its defence spending to 2 per cent of GDP, and deployed Hungarian soldiers to Afghanistan, Iraq, and Kosovo, the Central European nation’s contribution to NATO was another topic discussed at the meeting, along with its burgeoning economy.

'UN slams Hungary because their wall is doing its job' https://t.co/6n97uC6ykn

Orbán has repeatedly spoken of the need for stronger immigration controls in Europe since the arrival of more than two million to the continent in boats since German Chancellor Angela Merkel opened the borders in 2015.

In response to the influx, Hungary moved to defend its borders and rolled out a series of powerful border fences, which the prime minister’s Chief Security Advisor György Bakondi announced last month have managed to slash illegal immigration by more than 99 per cent.