The fight for Alfie Evans’ life appears to be at a close as his father, on behalf of the family, signalled that he would be working with the hospital “on a plan that provides our boy with the dignity and comfort he needs” and asked his supporters to return to their everyday lives.

The ill toddler joins a list of other children removed from life support against their parents’ wishes, whose stories have touched the hearts of people around the world and whose fight for their short lives found the support from high-profiled figures such as Pope Francis, Polish President Andrzej Duda, European Parliament President Antonio Tajani, and U.S. President Donald J. Trump. 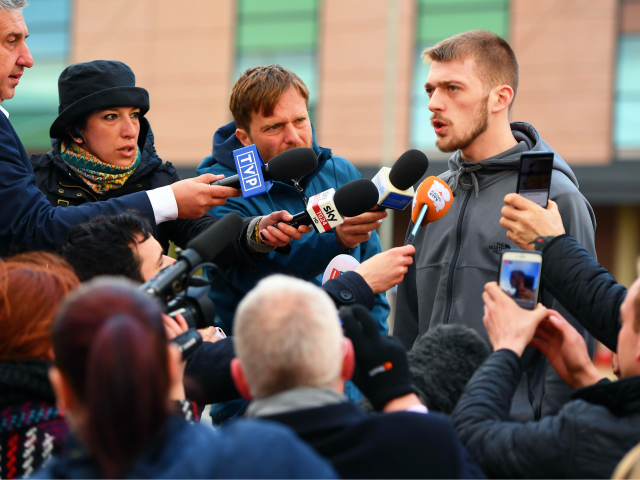 Alfie Evans, 23 months old, suffers from an undiagnosed degenerative neurological condition and has been in a coma at Alder Hey Children’s Hospital in Liverpool, England, for over a year.

Though the doctors at the Vatican hospital said they could not cure Alfie, they had offered to take him to Rome for operations to help him breathe and eat, which would have allowed him to survive for an “undefined period”.

Tom and Kate battled the UK courts and the European Court of Human Rights for two months after the hospital made the decision to stop treating the child, with a High Court judge ruling on the 11th of April that Alfie must be removed from life support.

However, when life support was removed two weeks later on the 23rd, Alfie continued to breath unaided, only receiving help from oxygen and water after six hours off ventilation – against the alleged expectation of doctors. 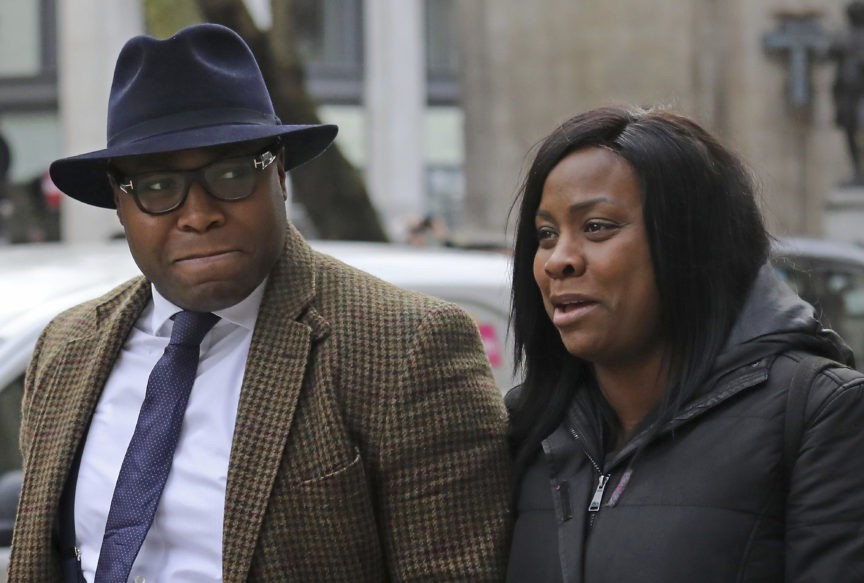 This is a Jan. 22, 2018 file photo of sick baby Isaiah Haastrup’s mother Takesha Thomas and father Lanre Haastrup outside the High Court in London (Philip Toscano/PA File, via AP)

Within a month of the European Court of Human Rights (ECHR) rejecting the Evanses plea to overturn Alder Hey’s decision for the first time, on March 6th, Lanre Haastrup and Takesha Thomas lost their battle at the Strasbourg court to stop King’s College Hospital doctors from removing life support from their son Isaiah.

Isaiah suffered brain damage during his mother’s complicated labour — which King’s College Hospital admitted it was partly responsible for, due to “specific issues in monitoring” during his birth.

At one point, the hospital was denying Mr. Haastrup visitation of his son when he was near death, administrators claiming the father had ‘verbally abused’ hospital staff in an argument over the withdrawal of baby Isaiah’s life support.

One-year-old Isaiah died March 7th, in the presence of both his parents. 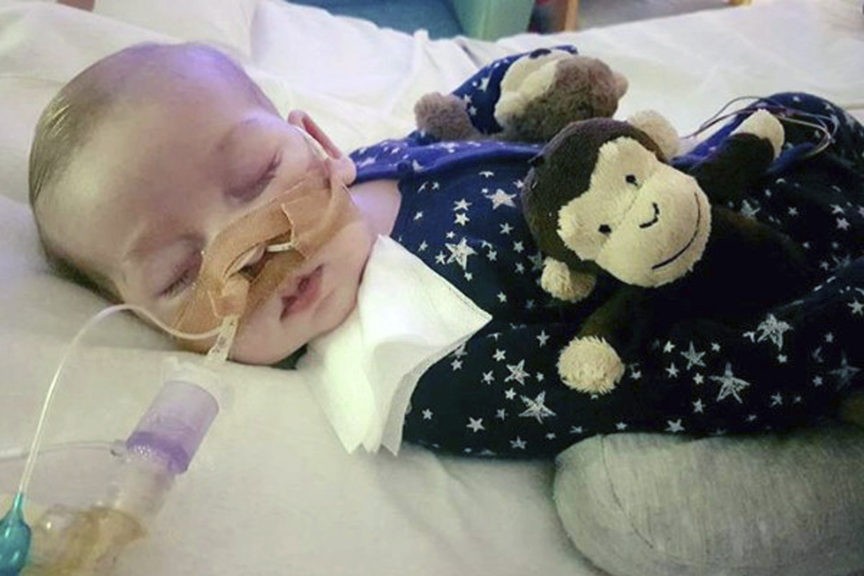 The high-profile case of Charlie Gard brought parental rights versus doctors’ decisions to the fore in the summer of 2017.

The pleas of the parents of Charlie Gard to doctors, UK courts, and the EU court were denied as they fought to have baby Charlie removed from the care of Great Ormond Street Children’s Hospital, London, to seek experimental treatment overseas for his mitochondrial condition.

The courts ordered the hospital take the child off life support, despite the Gards fundraising over one million pounds for Charlie’s transportation and private hospital care, and numerous figures pledging their help and support including Pope Francis and U.S. President Donald Trump. Baby Charlie died on July 28th, 2017.

During one of the Gards’ many court cases, the family spokesman addressed media to say that Charlie had “effectively being taken prisoner by the NHS and by the State”, asking: “Whose child is he? Is he the state’s child? Is he the NHS’s child? Or does this child belong to the parents?” 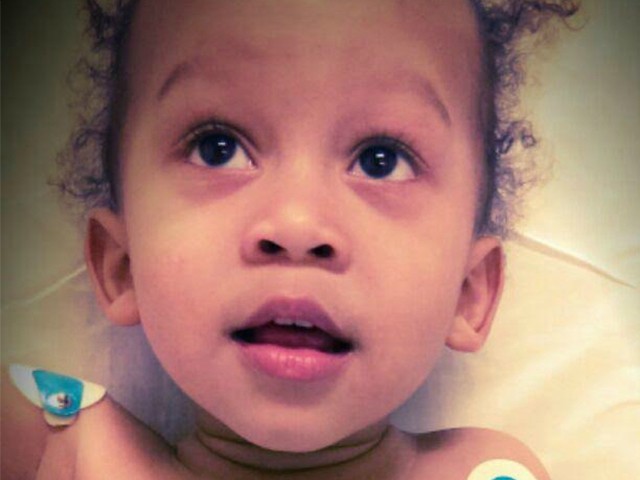 Such cases of doctors going against the wishes of parents to keep their children alive are not isolated to the United Kingdom.

In August 2016, a two-year-old American boy was removed from life support and died at the Children’s Hospital in Los Angeles, California.

Israel Stinson, who had sustained a brain injury in April 2016, was taken off life support after a Los Angeles Superior Court judge dismissed a restraining order barring the hospital from doing so until September 8th.

Supporters of the family criticised the hospital for moving so quickly after the judge upheld the doctors’ decision.

The decision to turn off his life support shocked Israel’s parents, Jonee Fonseca and Nathaniel Stinson, not least after doctors in Guatemala, where Israel had previously been receiving treatment, allegedly said that his condition was improving and that he was not brain dead.

Though the medical condition differs greatly from that of Alfie, Charlie, and Isaiah, one British toddler defied doctors’ expectations and not only lived after being removed from life support, but got better from what was believed to be a terminal illness.

In 2016, doctors told Kerry Askin that her three-year-old son Dylan would not survive his rare form of lung cancer, influencing the mother to decide to turn off his life support.

Mrs. Askin had her unresponsive son baptised on Good Friday and the family agreed to have him removed from life support.

However, the child stunned doctors by improving. After life support began to be removed, Mrs. Askin related that “once the muscle relaxant was turned off… we discovered he needed more sedation. Upon doing that he slowly improved!”

By Easter Sunday he was stabilised and discharged just two weeks later from hospital. Two years later, Dylan had beaten his illness. 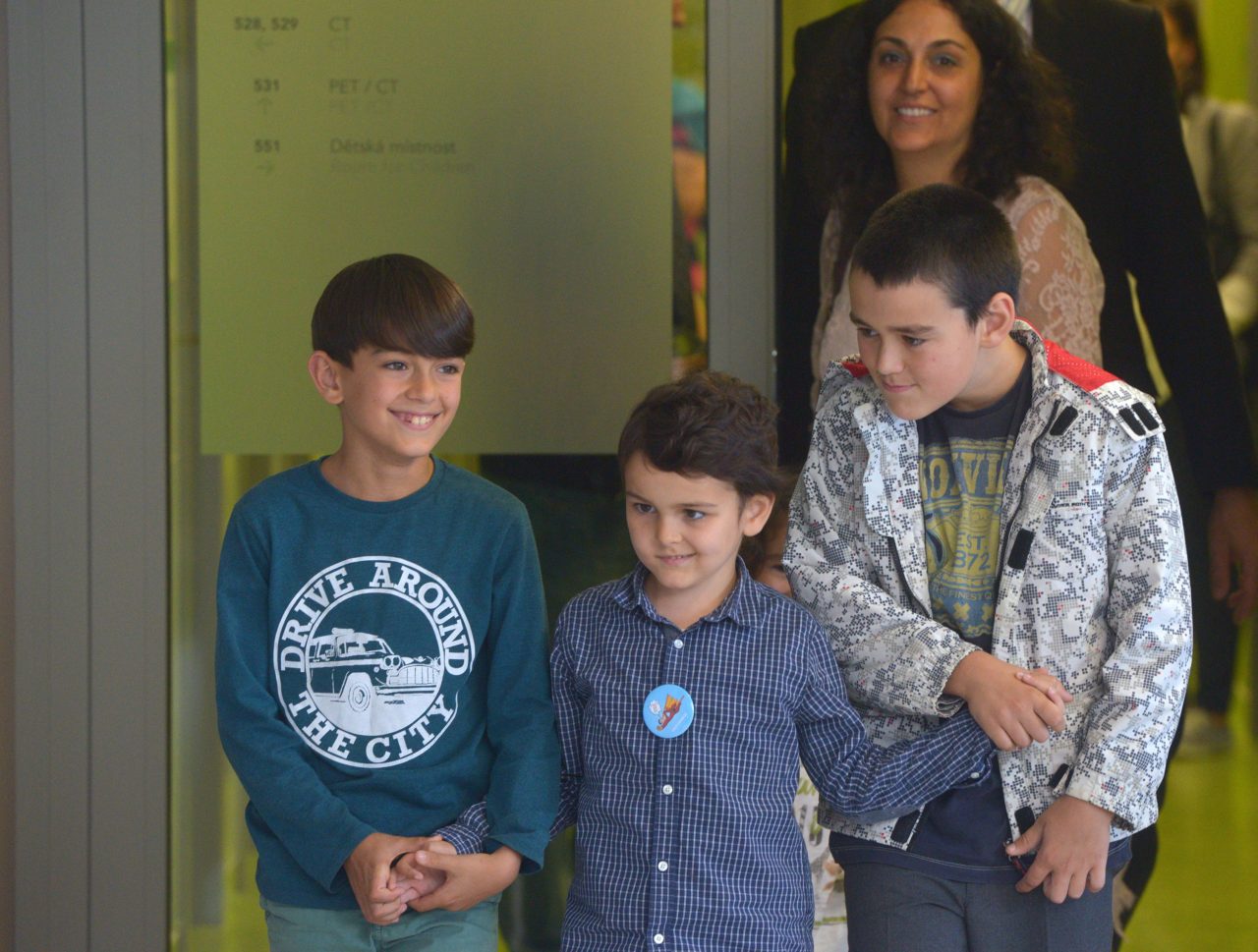 Ashya King (C) a British boy who received proton treatment and is now cancer free arrives with his family at the Proton Therapy Center on September 15, 2015 in Prague for a press conference. (Photo by MICHAL CIZEK/AFP/Getty Images)

Though not an end-of-life dispute, 2014 saw an analogous high profile battle over treatment options for five-year-old Ashya King that resulted in a so-called abduction, an international manhunt, and his parents’ arrest.

Diagnosed with an aggressive brain tumour in the UK, Ashya had brain surgery and doctors recommended he also have chemotherapy and radiotherapy as part of his treatment.

However, his parents Brett and Naghemeh King disagreed with this line of treatment, wanting him to have proton beam radiotherapy instead because they did not want him to be “pelted with radiation”.

Doctors stood by their plan of treatment, so shortly after, Aysha’s parents took him from Southampton General Hospital and boarded a ferry to France. The parents were arrested later in Malaga, Spain.

After extradition was denied, a High Court ruling agreed that Aysha could be taken to the Czech Republic for proton therapy.

Three years later, Ashya was cleared of cancer and according to his father is playing and speaking again.