Citing concerns over the protection of national sovereignty, central European nation Austria has announced its withdrawal from the United Nations (UN) Migration Compact, which claims mass migration is “inevitable, necessary, and desirable”, and that it will not be signing the treaty.

Austria’s Conservative-Populist coalition government announced the move Wednesday, which follows both the United States and Hungary which have also said they would not be signing the UN document when it is ratified in December.

Hungarian Prime Minister: UN Migration Compact ‘Looks Like It Was Copied from the Soros Plan’ for Mass Migration https://t.co/2GF6VZKfTf

The so-called Global Compact for Safe, Orderly and Regular Migration, which has been much criticised by anti-mass migration politicians as being massively disadvantageous to first world migration-target nations, is made up of 23 goals which states worldwide are expected to sign up to. Some 17 of those goals are unacceptable to the Austrian government, reports best-selling national newspaper Kronen Zeitung, which is “seriously concerned about the content and objectives of the UN Migration Compact.”

Speaking earlier this month, conservative Austrian Chancellor Kurz said: “We view some of the points in this agreement very critically. We will, therefore, do everything to maintain the sovereignty of our country and ensure that we as the Republic of Austria can decide for ourselves on migration issues.”

Poland, Austria to Quit UN Migration Compact: ‘We Want Poles to Be Safe in Their Own Country’ https://t.co/9kf38DVyl4 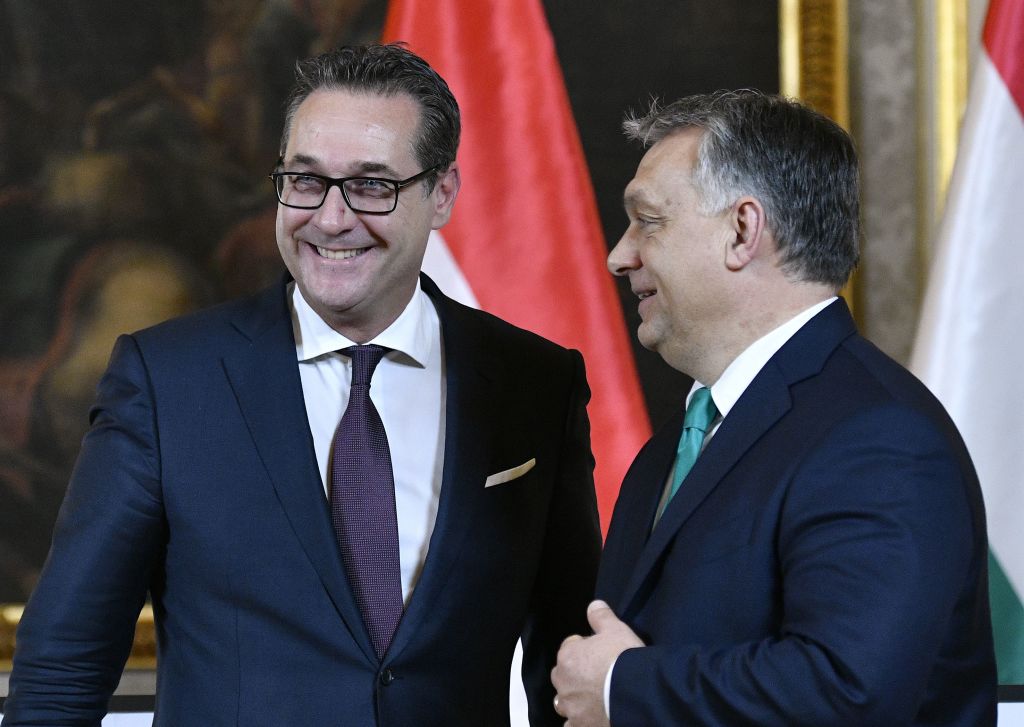 Vice-chancellor of Austria and leader of the nation’s populist, anti-mass migration Freedom Party (FPO) Heinz-Christian Strache attacked the UN plan, explaining why the government was against signing it, saying: “Migration is not and can not be a human right. It can not, therefore, be the case that no distinction is made between legal and illegal migration flows.”

In December, U.S. ambassador to the United Nations explained President Trump’s decision to withdraw his nation’s support from the compact, remarking: “…our decisions on immigration policies must always be made by Americans and Americans alone… We will decide how best to control our borders and who will be allowed to enter our country.

“The global approach in the New York declaration is simply not compatible with US sovereignty.” President Trump himself characterised the plan as a blueprint for a world where there are “no borders, everyone can come in.”

Central European conservative nation Hungary followed the U.S. months later, calling the compact a “threat to the world” when it withdrew its support. Hungarian Prime Minister Viktor Orban himself called the UN treaty “dangerous” and claimed it bore the hallmarks of looking like it was “copied from the Soros Plan… in spirit, it’s exactly the same.”

Hungary’s foreign minister Péter Szijjártó, meanwhile, said of the UN’s plan: “In its current form, the Global Compact for Migration is an African migration package, the beneficiary of which is Africa… The victim of which is Europe, and as result of which Europe’s population, if things remain unchanged, could change radically.”

Follow central European populist nation Poland is also expected to withdraw support for the plan, with interior minister Joachim Brudzinski saying in response to the migration compact that “we want Poles to be safe in their country.” The United Kingdom is still due to sign and support the plan when it is presented in Morocco in December, and goes before the UN General Assembly in 2019.