Brexit Party leader Nigel Farage has warned that an EU under Ursula von der Leyen would “take control of ever single aspect” of Europeans’ lives.

“What you’ve seen from Ursula von der Leyen today is an attempt from the European Union to take control of every single aspect of our lives,” Mr Farage said, advising his 750 colleagues in the European Parliament on Tuesday to vote against the German becoming the next European Commission president.

“She wants to build a centralised, undemocratic, updated form of Communism where nation state parliaments will cease to have any relevance at all.”

What you've seen today from @vonderleyen is an attempt by the EU to take control of every single aspect of our lives. pic.twitter.com/NUnWRUywoy

The warning comes after German defence minister Ursula von der Leyen, the European Council’s preferred figure to lead the most powerful institution in Brussels, delivered a 30-minute speech in the Strasbourg chamber, where she called for half of all EU Commissioners to be women, and pledged to put forward a “green new deal for Europe” which would aim to “reduce CO2 emissions by 2030 by 50, if not 55 per cent”.

In oblique criticism of conservative Poland and Hungary, which have been standing down threats of legal action from the EU over the rejection of migrants and other domestic issues, Mrs van der Leyen pledged to defend Europe’s progressive “values”.

“This is why there can be no compromise when it comes to respecting the Rule of Law,” the German minister said. Adding that she backed measures to punish countries deemed to have defied those “values”, she said she would “ensure that we use our full and comprehensive toolbox at European level” and fully supports “an EU-wide Rule of Law Mechanism”.

But it was the German minister’s mention that the bloc would have to “become more European” in terms of defence, and her praise of the creation of the “European Defence Union” that alarmed Eurosceptics and sovereigntists.

On those remarks, Mr Farage warned the chamber that “it is in the aspects of defence that I think that people’s minds should be focused. She’s a fanatic for building a European army but she’s not alone. When it’s completed, NATO will cease to exist or have any relevance in Europe at all.” 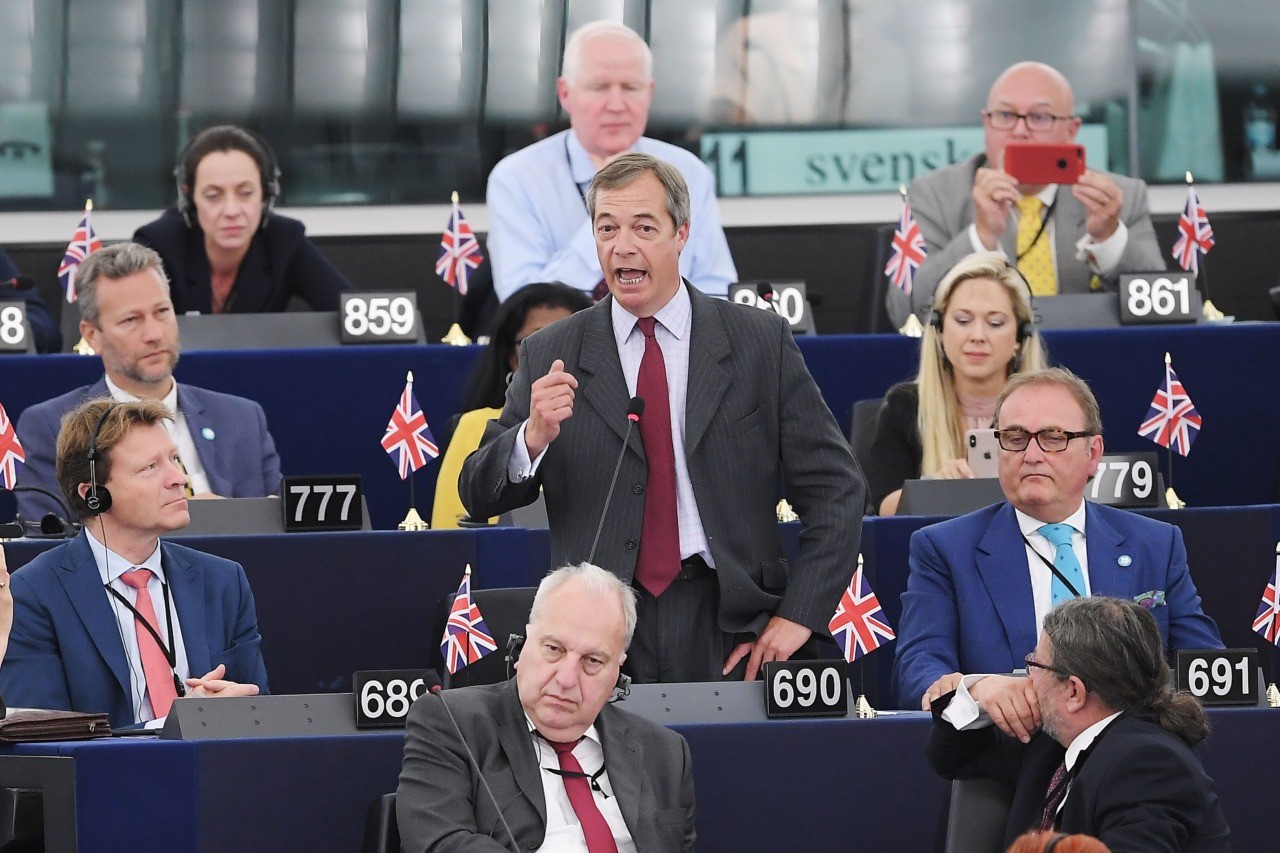 “Be in no doubt, five years of these people the European Defence Union will be complete. And what is there for defence can also be used for attack. And you as a house will have no control over it,” he added.

The Brexit Party leader’s remarks come after Alternative for Germany (AfD) MEP Dr Maximilian Krah wrote for Breitbart London on Tuesday that von der Leyen is “incompetent”, “crooked”, “and she pushes a hard liberal-left agenda, fighting all traditions, from family to military.”

Calling the prospective future European Commission president’s candidacy “an affront to the allegedly transparent EU-democracy”, he added: “If anyone in the European Parliament wants to destroy the EU – he should vote for her.”

MEPs are set to vote on Mrs von der Leyen’s candidacy Tuesday evening, and if successful, the German politician will take over from Jean-Claude Juncker on November 1st, the day after the UK is expected to leave the EU.

After von der Leyen had given her speech outlining her progressive, centralised vision of the EU, Mr Farage remarked: “I have to say from our perspective in some ways I’m really rather pleased because you’ve just made Brexit a lot more popular in the UK. Thank God we’re leaving.”