LONDON (AP) – Climate protesters in London plan to keep up their campaign despite being ousted by police order from their Trafalgar Square encampment.

The Metropolitan Police had said Extinction Rebellion protesters and their tents must leave the square by Monday evening. The force said it was a “proportionate and reasonable” move to end a major disruption.

More than 1,400 people have been arrested since the group began blocking roads, bridges and airports in London a week ago to demand faster action on climate change. Most have been released without charge.

On Tuesday, a member of the group climbed atop an entrance to the Department for Transport to protest the downing of trees for a high-speed rail project. 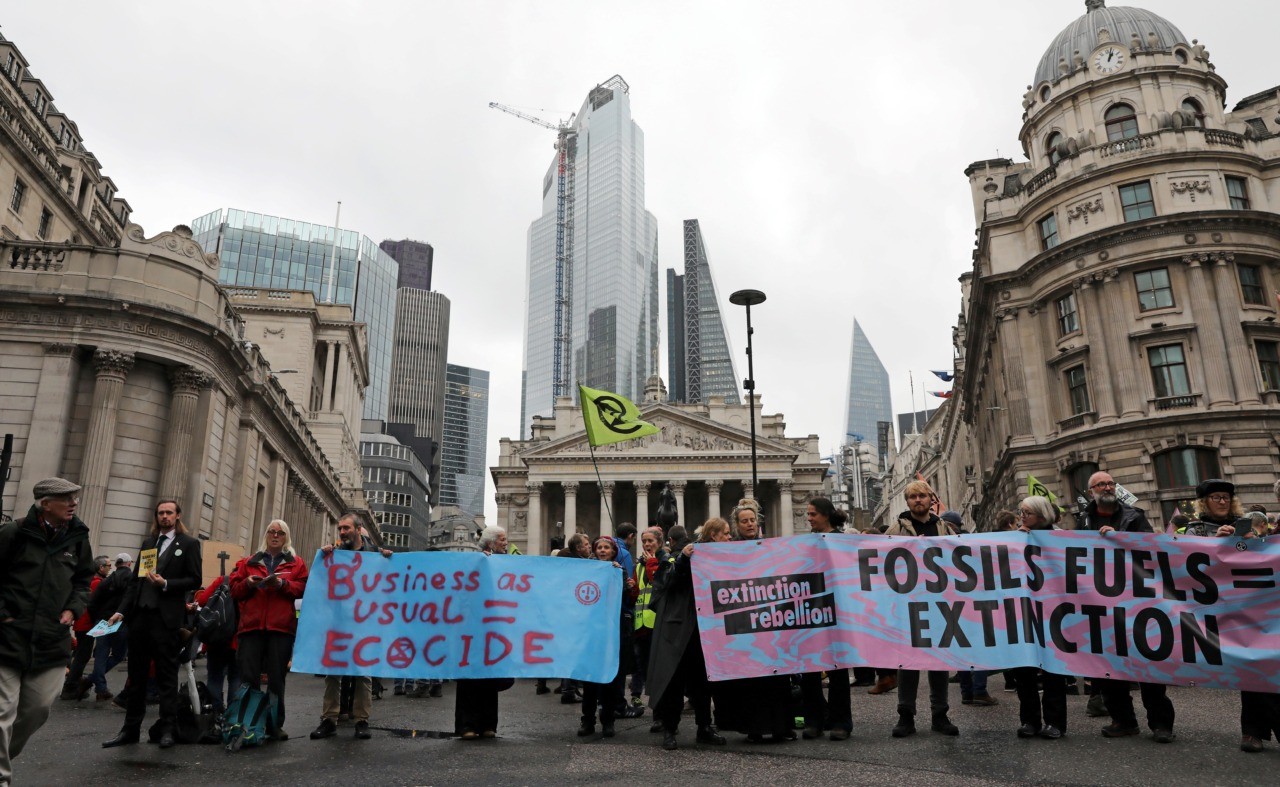 Activists hold banners as they protest outside the Bank of England (L) and Royal Exchange (C), during the eighth day of demonstrations by the climate change action group Extinction Rebellion, in London, on October 14, 2019. (Photo by ISABEL INFANTES/AFP via Getty Images)